A popular 'Audit the Vote' message asserts that the Justice Department is actively investigating the 2016 election and urges users to call and request further action. 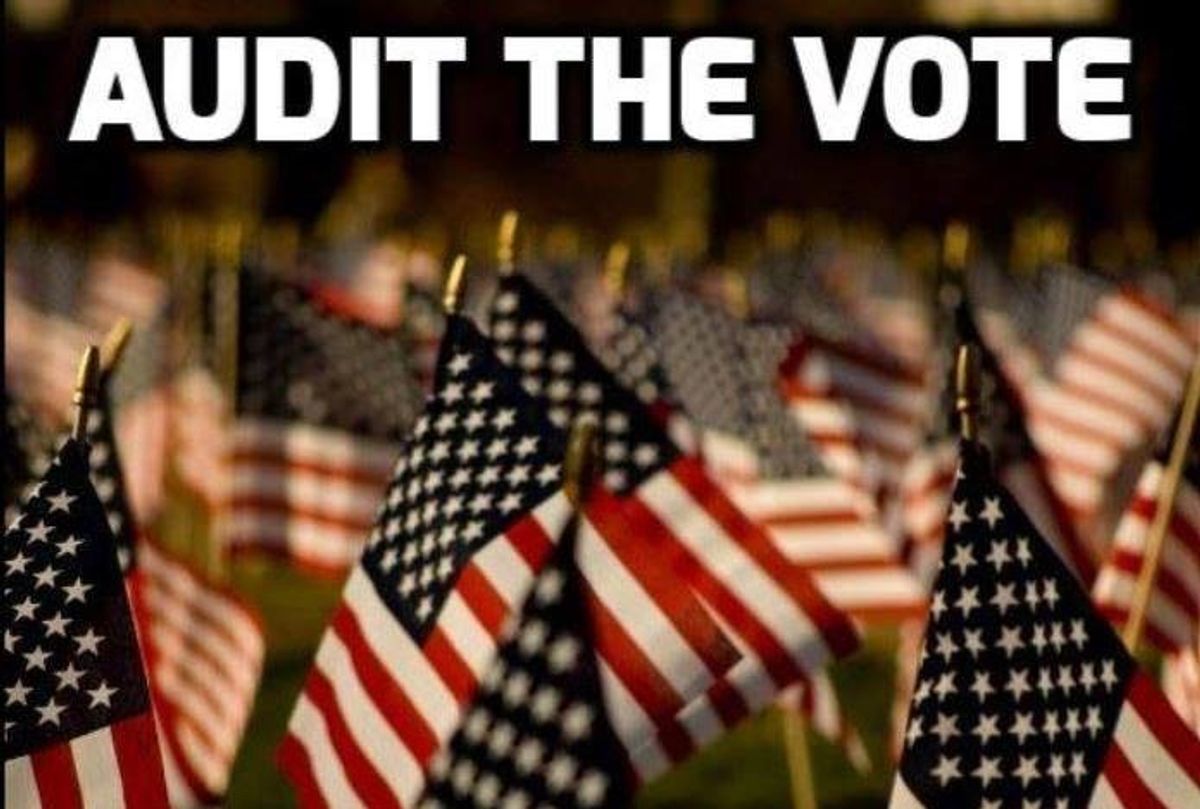 Claim:
The Department of Justice (DOJ)'s switchboard is tallying "Audit the Vote" calls and if enough people call, 2016 election results can be overturned.
Rating:

On 22 November 2016, we received a number of e-mails about "Audit the Vote," a social media forward claiming that the Department of Justice was tallying calls from citizens demanding that the 2016 election results be investigated or overturned.

Claims about the DOJ's purported ongoing investigation into the election and claims about tallied calls circulated prior to that date, but exactly how it began was not immediately clear.

On 20 November 2016, a Reddit user published a message similar to the "Audit the Vote" forward to the subreddit r/HillaryClinton, saying (ambiguously) that they felt something was "off" about the election results:

Regardless of tin-foil hat theories, there really is something off about the election results as they come in. Considering everything that is at stake, a vote audit should be done.

The DOJ is currently tallying calls regarding this. Phone number is - 202-353-1555. Even if it's busy, keep calling. We should not back down from this.

A long Twitter thread published by Matthew Chapman on 21 November 2016 was also often cited, and it made several of the same points:

Get ready, because I am about to go on a much angrier rant than I usually do. And I want everyone to read it start to finish.

After expressing frustration with Democrats after the election, Chapman called for an election audit in what appeared to be primarily swing states. He further claimed potential "election-tampering" should be investigated, and cited faithless electors as a possible Electoral College workaround:

1. Democrats up and down the ballot should demand an election audit in WI, MI, FL, NC & PA. Especially PA, which has a D gov. They are not. — Matthew Chapman (@fawfulfan) November 21, 2016

2. Democratic lawmakers should be across the board demanding an independent investigation into Russia's election-tampering. Very few are.

3. Democrats should be nationally publicizing the Louisiana Senate runoff. Pouring resources into flipping that Senate seat. They are not. — Matthew Chapman (@fawfulfan) November 21, 2016

In the space of two days, additional rumors connected to the Audit the Vote campaign appeared. One particularly persistent one was that the Justice Department had begun actively investigating electoral anomalies, particularly in Outagamie County, Wisconsin:

The numbers display that in 3 precincts in Outagamie County, all won by DT, more votes were counted for President than cast. #AuditTheVote pic.twitter.com/3lIkUt6M94 — Suzan Eraslan (@SuzanEraslan) November 22, 2016

This is ONE county. Numbers are not yet publicly available for every single county, but this is damning. #AuditTheVote — Suzan Eraslan (@SuzanEraslan) November 22, 2016

We contacted the Outagamie County Clerk's office about the "damning" findings, and spoke to a representative who told us that election night vote tallies are initially compiled through phoned-in "verbal results," adding that three reporting units unofficially submitted inaccurate verbal results.

However, the county reviews every reporting unit after voting has ended, and the incorrect verbal reports were quickly corrected to reflect the true vote tally in those three precincts, meaning that the claim made on Twitter about three precincts in Outagamie County was based on early, unofficial poll reports later corrected in the final count.

We have reached out to the Justice Department for comment. On 22 November 2016, the Washington Post obtained a statement from the DoJ debunking the viral claim:

The problem is, it’s bogus. The Justice Department doesn’t count up calls to determine whether it should launch an investigation. And they will not initiate a national audit — or force particular states to recount their results — based on the volume of outrage they receive from voters.

“The Justice Department does not tally the number of callers to determine whether federal action is warranted,” department spokesman David Jacobs said in a statement. “Investigatory decisions are based solely on the facts and evidence as they relate to the federal statutes the department enforces.”

Zapotosky, Matt.   "The Department Of Justice Is Not Going To Conduct A Vote Audit Based On Your Phoned-In Outrage."     Washington Post.   22 November 2016.