A purported photograph of a futuristic Audi truck is just a conceptual illustration. 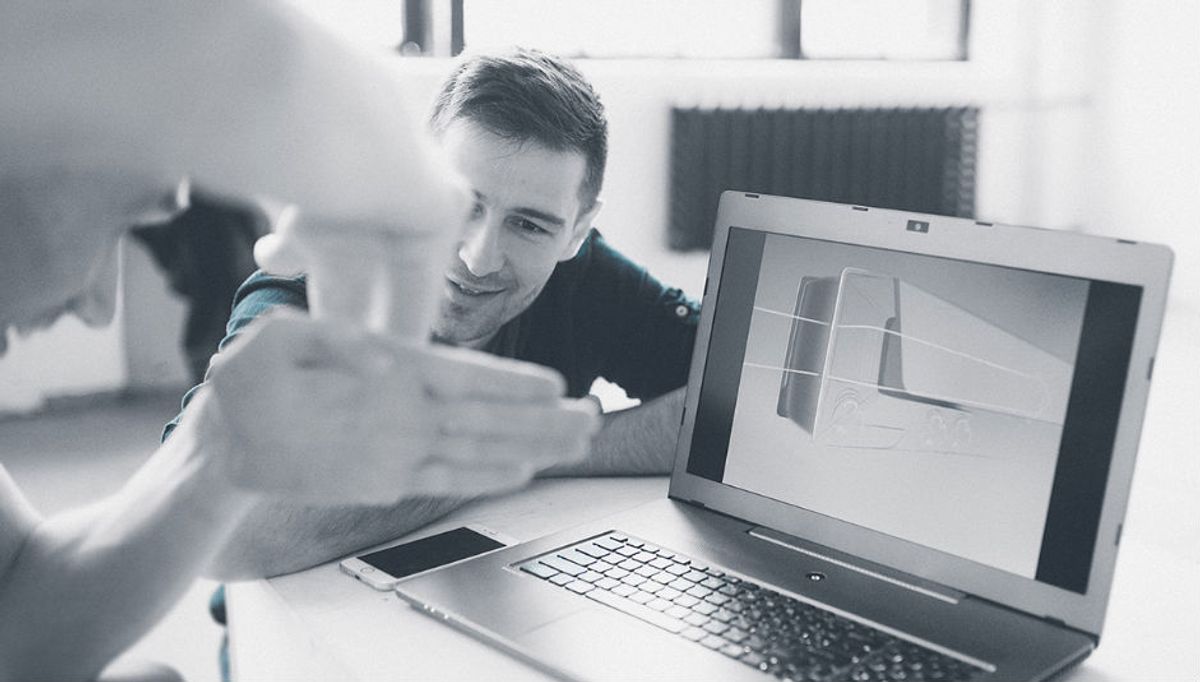 On 13 June 2016, an image purportedly showing a futuristic new Audi truck began circulating on social media as if it were photograph of a truck that was actually in production.

The image does not depict an actual truck, however, but rather a conceptual design for a truck created by Artem Smirnov and Vladimir Panchenko. The image was originally posted to creative project showcase site Behance along with sketches, plans, and several other illustrations of the concept:

Our goal was to develop an unmanned electric truck brand Audi. In sketching stage, we have identified two possible directions:Option A is an electric truck autonomously driving for highways; Option B is an electric truck show car. We decided to work in two directions, then to choose the best option. But the plan failed:/. We could not choose a better version, so we present to your court both. According to Arch2o, the two concept trucks displayed above were both designed as electric vehicles. Audi has not yet announced any plans to build either vehicle.