Yes, Cigarettes Were Once Used to Treat Asthma

Once upon a time, opium, caffeine, iodine, and morphine were recommended treatments for the respiratory distress caused by asthma. 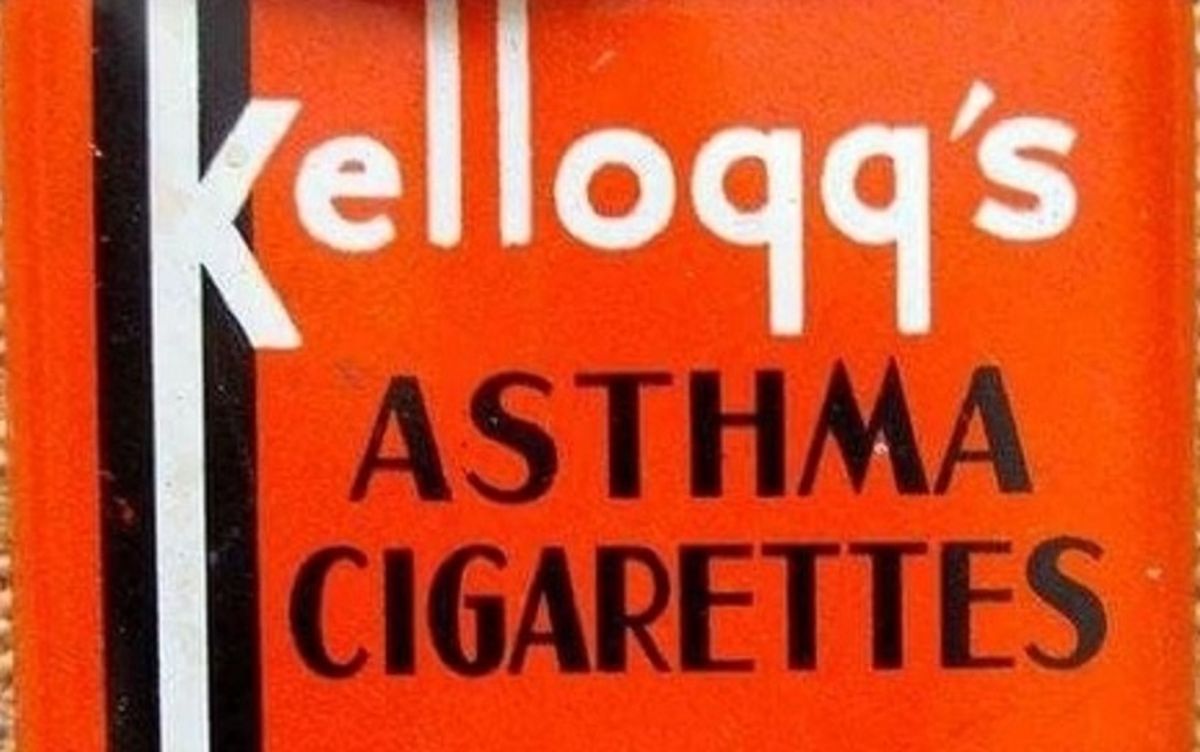 Claim:
Symptoms of the respiratory condition known as asthma were once treated with cigarettes.
Rating:

Asthma is a respiratory condition marked by spasms in the bronchi of the lungs, causing difficulty in breathing. Today, flare-ups of asthma are typically self-treated through the use of an inhaler that delivers a type of medication known as a bronchodilator (commonly albuterol) which relaxes and opens air passages to the lungs to make breathing easier.

Modern readers might be quite surprised to learn that a common remedy for asthma symptoms was once something that now seems the most unlikely of treatments — cigarettes: This revelation isn't so shocking as it might seem, though, because asthma cigarettes were very different than modern tobacco-based cigarettes — they were a delivery system for asthma medication used before the advent of albuterol and propellant-based inhalers.

Back in the early part of the 20th century, when very few effective medications existed for the treatment of most medical maladies, doctors could offer little to asthma patients other than adrenaline injections. In that void, asthma sufferers commonly turned to a type of inhalation therapy dating to the early 19th century, one which involved the use of stramonium leaves:

Stramonium was enthusiastically adopted by asthmatic patients and their physicians. In promoting its use as a pain-reliever in 1816, Alexander Marcet noted that Datura stramonium was often “cultivated in some English gardens” expressly for the purpose of treating asthma. During the following decades, most medical authorities on asthma advocated smoking stramonium because of its anti-spasmodic properties. In 1819, the French clinician and pathologist René Théophile Hyacinthe Laennec included a discussion of asthma in his study of the clinical value of auscultation. Believing that asthma was more likely to be caused by spasmodic constriction of the bronchi than by the accumulation of mucus, Laennec recommended a variety of anti-spasmodics, including opium, belladonna, stramonium, tobacco, hyoscyamus and coffee.

Products such as Page's Inhalers — cigarettes containing stramonium leaves and other ingredients such as tea leaves, chestnut leaves, gum benzoin, and kola nuts — were therefore a common treatment for asthma symptoms in the early 20th century: Despite the development of effective bronchodilating medications such as albuterol in the early 1970s, asthma cigarettes were still being recommended and used well into the 1990s:

During the early decades of the twentieth century, the prominent position of smoking stramonium was challenged not only by new theories of asthma, which prioritized the role of inflammation and regarded smoke as an irritant, but also by the proliferation of novel and effective pharmaceutical remedies, by expanding state regulation of poisonous substances such as opium and cannabis, and by growing concerns about the health risks associated with smoking tobacco. Significantly, however, these factors did not entirely undermine the place of medicated cigarettes in the treatment of asthma: both clinicians and patients continued to rely on commercial powders and cigarettes containing stramonium, cubeb, lobelia, potash and eucalyptus well into the 1980s and 1990s. In addition, of course, the therapeutic principles of smoking or inhalation as a technique persisted in the form of inhalers designed to deliver bronchodilators, steroids and other active substances to diseased lungs.