Did Ashley Judd Say She Wanted to Live in the Middle East 'Where Women Have More Rights'?

Rumors that the actress had announced that she wanted to move were based on the misinterpretation of an old tweet by sites not overly concerned with credibility. 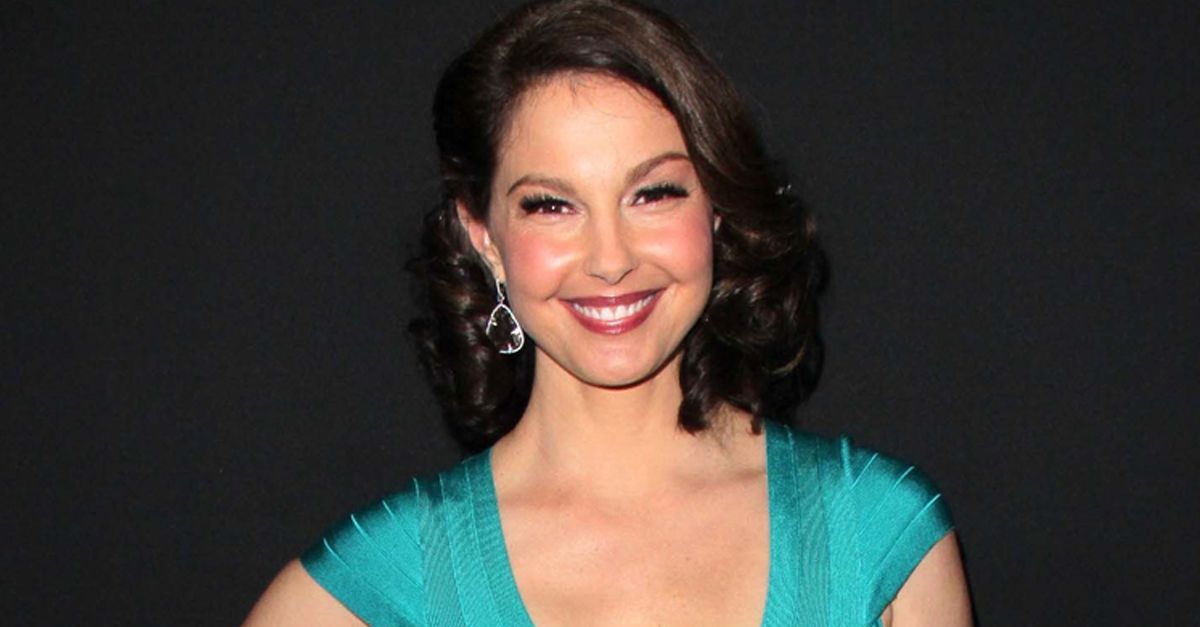 Claim:
Ashley Judd announced that she was moving to the Middle East, "where women have more rights".
Rating:

In March 2017, actress Ashley Judd posted a link to a USA Today article concerning a proposed equal-rights amendment to the United States Constitution and how it relates to the issue of women's rights in countries around the world. She also included a partial quote from the article, which stated that the United States ranked 104th, behind countries such as Burundi, Serbia and Iraq:

"The U.S. ranks 104th, behind countries like Burundi, Serbia and Iraq." https://t.co/TT54goMkRH

This tweet rankled some readers, who criticized Judd for saying that women in the Middle East had "more rights" than women in the United States. However, Judd never actually said that; the statistic Judd quoted (which was from USA Today, rather than her own words) actually dealt with the number of women represented in government, rather than gender rights across the board. Furthermore, two of the three countries mentioned in the USA Today quote — Burundi and Serbia — are not even Middle Eastern countries.

The article linked by Judd dealt with Congresswoman Jackie Speier's effort to ratify an amendment to the United States Constitution. Using data compiled by the Inter-Parliamentary Union, the article explained that countries with an equal rights amendment had a larger percentage of women represented in government roles:

Women in Rwanda, Iceland, Vietnam and 131 other nations have constitutionally guaranteed equal rights, but American women do not, and activists have been pushing for decades for passage of an Equal Rights Amendment to the U.S. Constitution.

Polls show a majority of Americans falsely believe the Constitution already guarantees women equal rights. “If there ever was a time when it was right for us to finally get serious about passing the ERA, it’s now,” Speier, a California Democrat, said in an interview with USA TODAY. “We have awakened a sleeping giantess.”

The battle is more than symbolic, says Speier, with implications for how gender-based violence and workplace sex discrimination are addressed and litigated; for corporate standards involving accommodations for pregnant women; and for guaranteed access to prenatal care and contraception. It could also force a narrowing of the gender imbalance in top leadership roles. In countries with an equal rights amendment, women are represented in government in greater numbers. The U.S. ranks 104th, behind countries like Burundi, Serbia and Iraq.

Naturally, the fact that Judd didn't say that women in the Middle East had more rights than women in the United States or that she was moving there didn't stop dozens of biased and dubious outlets from publishing stories making such claims.

The unreliable FreedomDaily.com was one of the first to claim that Judd said she wanted to move to the Middle East. Although the headline blared, "Loud-Mouth Liberal Ashley Judd Wants To Live In Middle East Where Women Have ‘More Rights,’ Gets Unexpected Surprise!," the idea for the actress to move the Middle East came from the author of this piece, not Judd:

Loud-mouth liberal celebrity, Ashley Judd, sent Tweets saying America lacks behind some other countries in equal rights for women. Does she want to go live there then, because we can start a GoFundMe for her one-way ticket to Burundi, Serbia, or Iraq which apparently treat women better than America. Maybe she forgets about the Muslims who murder Christians in the Middle East. Maybe she wants some acid thrown in her face or a gay friend tossed off a 5 story building. All of those can be arranged with her trip when she moves out of America. I’m sure they would love to have a C-List celebrity with no gratitude for the great American country she lives in as a millionaire.

Several other disreputable web sites, with names like NewsBreaksHere, USANewsHouse, NewInformation.Today, US Conservative, Daily News Cycle and To The Death Media published similar stories, evidently just aggregating or recycling them from the first misleading claim without doing any further research.

Months later, in September 2017, yet another site, JoeForAmerica, revived the story:

Ashley Judd is an American actress and political activist, but no one said she was smarter than a 5th grader. While she is best known for her ongoing acting career spanning a couple decades, she has become more involved in global humanitarian projects and politics. This year she was a strong supporter of the Soros funded ‘Women’s March on D.C.” although if you asked her, she probably doesn’t even know who Linda Sarsour is.

It seems Ashley Judd, felt the need to express to Americans, loud and clear that many other countries including those in the Middle East are way ahead of America when it comes to women’s rights and equality. Seriously?

It would appear that Judd needs to visit more countries in the Middle East and become a little more educated, maybe then she would understand the real rights of women in America are not too shabby. Or then again, she could just continue to be Ashley Judd, a misguided idiot who never learns from her mistakes, afterall, she did vote and support Obama for President, twice.

The claim was also conveniently boiled down to meme form for those who did not wish to read through two paragraphs of aggregated opinions: Ashley Judd tweeted a link to an article in March 2017 that was widely, and possibly deliberately, misinterpreted by sites not overly concerned with credibility; this plan of action was never actually proposed by the actress.