The alleged quote has been circulating online for months without a shred of evidence to support it. 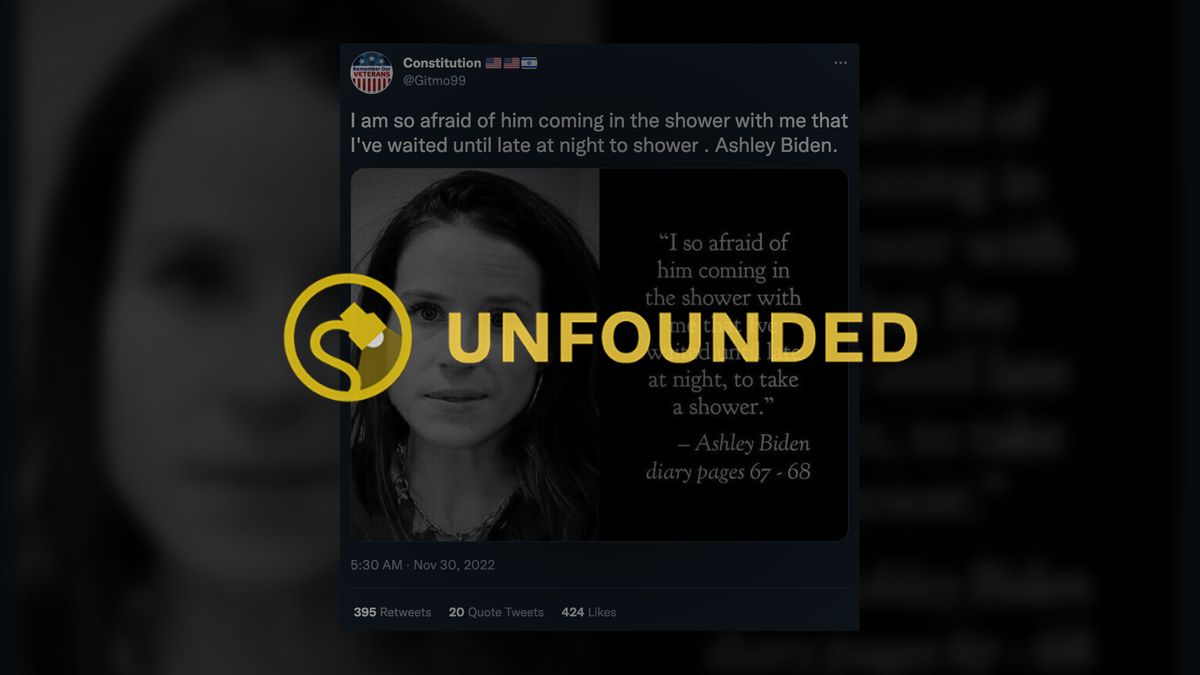 Claim:
U.S. President Joe Biden's daughter, Ashley, once wrote in a diary, "I [am] so afraid of him coming in the shower with me that I've waited until late at night to take a shower."
Rating:

In late 2022, social media users were sharing a quote meme that claimed Ashley Biden, the daughter of U.S. President Joe Biden, once wrote of her father in a diary, "I [am] so afraid of him coming in the shower with me that I've waited until late at night to take a shower." According to the quote meme, the sentence appeared on pages 67 and 68 of the aforementioned diary.

We have so far been unable to find any evidence whatsoever that shows this is an actual quote from Biden's daughter. 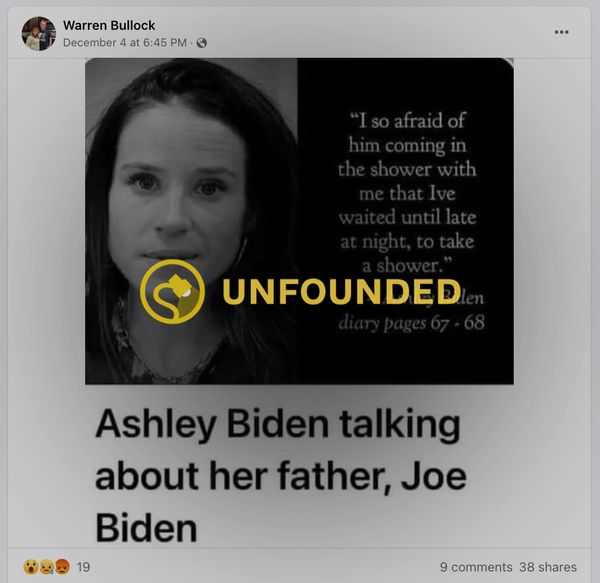 We previously published a detailed story about rumors of the existence of a diary that allegedly belonged to Ashley Biden. Passages from the purported diary were released by the right-wing blog National File in October 2020, just one month ahead of the U.S. presidential election. The diary's authenticity has never been confirmed.

That said, for good measure we skimmed through all 112 pages of the PDF file that is alleged to be a reproduction of that diary and found nothing resembling this quote.

Some Facebook commenters appeared to believe the passage was real, despite the fact that the post included no links or source material of any kind. One person commented, "Our President. Wake up America." Other users remarked that they found the quote to be "sick." We even noticed one person claiming that the diary was "clearly staged by the Biden administration."

One of the most engaged posts containing the quote meme was in a tweet from Nov. 30, 2022. 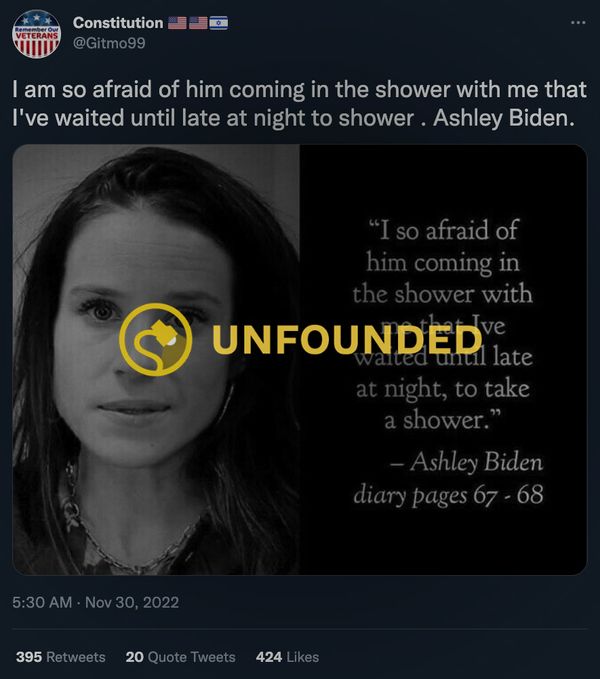 Additionally, in October 2022, the quote appeared in a post on the r/conspiracy subreddit on Reddit. So skeptical were the users of the self-described "free thinking" Reddit forum about the Ashley Biden quote that the top comments of the post were filled with dismissals.

Despite all of the skepticism in the r/conspiracy post, the thread still showed a score of around 1,300 points, meaning that it had been believed to be real by quite a few users.

This story will be updated if more details come to light, but for the present we are rating it "Unfounded" due to a complete lack of evidence.

Note: In regard to the alleged authenticity of the diary itself, some have claimed that the FBI has issued statements confirming it is real. Fact-checking website PolitiFact has debunked this claim, issuing a rating of "False."

Cercone, Jeff. "The FBI Did Not Confirm Any Contents of Ashley Biden's Diary." PolitiFact, 15 Sept. 2022, https://www.politifact.com/factchecks/2022/sep/15/facebook-posts/fbi-did-not-confirm-any-contents-ashley-bidens-dia/.