A prolific producer of fake news publishes yet another false meme about an 'Arnim Zola'. 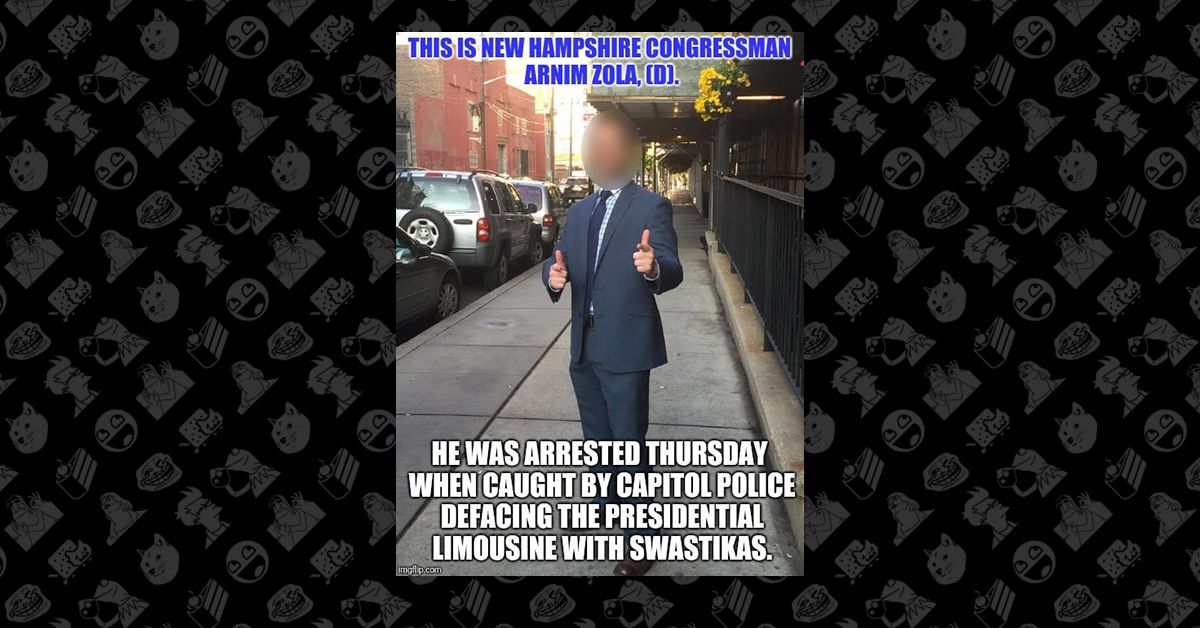 A  notorious purveyor of fake news managed to trick some readers using a Facebook meme with the claim that a Democratic New Hampshire Congressman had been arrested for vandalizing President Donald Trump's limousine.

This is New Hampshire Congressman Arnim Zola (D). He was arrested Thursday when caught by Capitol police defacing the presidential limousine with swastikas. This is completely fabricated. "Arnim Zola" is the name of a villain in Marvel comic books and a character played by the English actor Toby Jones. Furthermore, both New Hampshire's members of the United States House of Representatives are women as of June 2018. (It's not clear who the man shown in the photograph is, but his image has been used in memes since at least October 2017.)

America's Last Line of Defense is run by Christopher Blair, a producer of often inflammatory fake news which he styles as satire. He operates social media accounts and web sites including Reagan Was Right, Freedum Junkshun and Daily World Update.