A video of a group of people marching down the street was shared with the baseless claim that it showed "army-style Muslim migrants" showing their "willingness to fight." 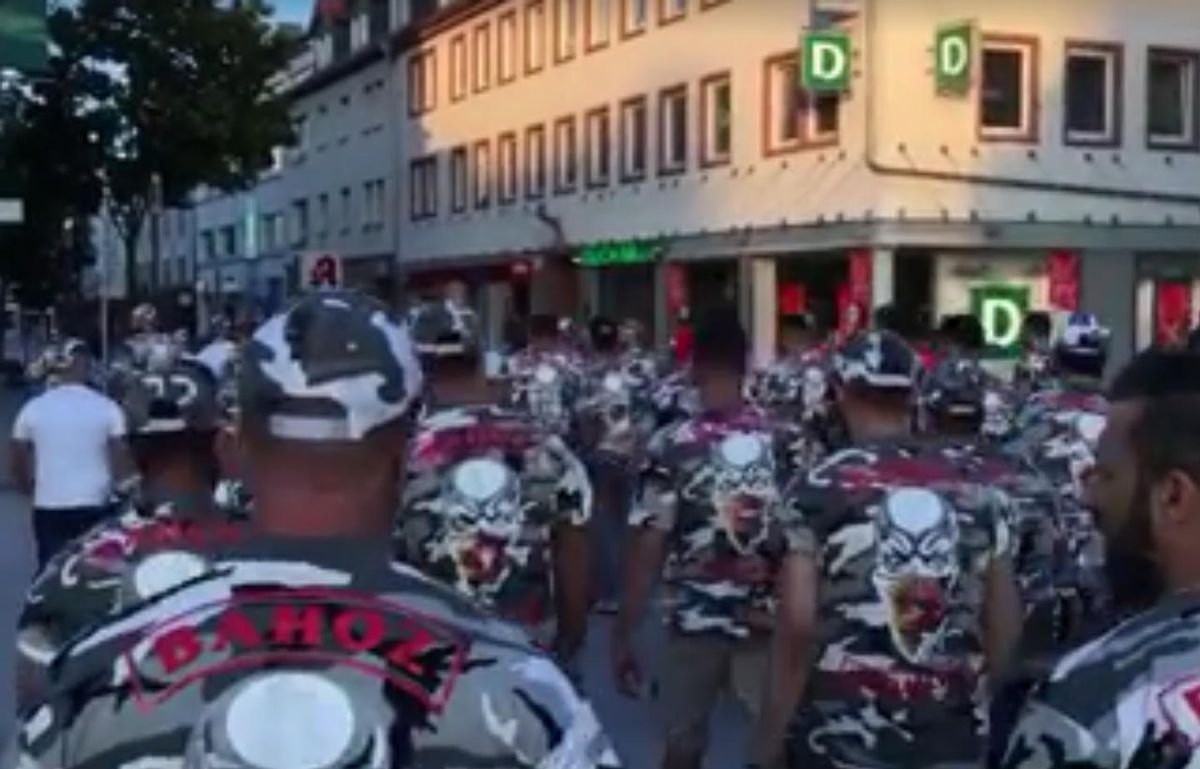 Claim:
A video shows an "army-style Muslim migrants" marching in Germany to show their "willingness to fight."
Rating:

A video purportedly showing "Army-style Muslim migrants" marching through a Berlin to show their "willingness to fight" reached a wide audience when it was posted to the Facebook page "Eye On Islam" on 28 November 2016:

Hundreds of Islamics, all dressed close to army attire, marched through Berlin - showing they are huge in numbers and ready to fight.

This video was also shared on YouTube, where it was accompanied by a fear-mongering statement claiming that this footage showed a "declaration of war." However, this video does not show a group of Muslim migrants, nor does it show a military group preparing for war, and it was not taken in Berlin or anywhere else in Germany. It actually shows what has been classified as a German "rocker" group (similar to a motorcycle gang in the United States) called Bahoz.

This footage has been circulating since at least 12 July 2016, when it was published to YouTube by the "Rocker Blog." A similar video was published to the "Bahoz Ulm" Facebook page on 10 July 2016, along with the claim that it was taken in Hanau, Germany, not Berlin:


While we have not uncovered the exact reason this march took place, we did find several reports by German-language outlets in July 2016 about tensions between Bahoz and a rival group called Osmanen. It appears that the Bahoz group was marching and showing their "willingness to fight," but their intended target was not the United States.

Bahoz described itself in a May 2016 Facebook post as an "anti-racist, anti-fascist" group comprised of mainly Kurdish men (although they say that all nationalities and religions are welcome). They also dispute the terms "gang" and "rocker group." Regardless, the video does not show "army-style Muslim migrants" marching in Berlin.