Did a badly wounded soldier tell his parents about his injuries under the guise of them happening to a friend, only to prompt the wrong reaction? 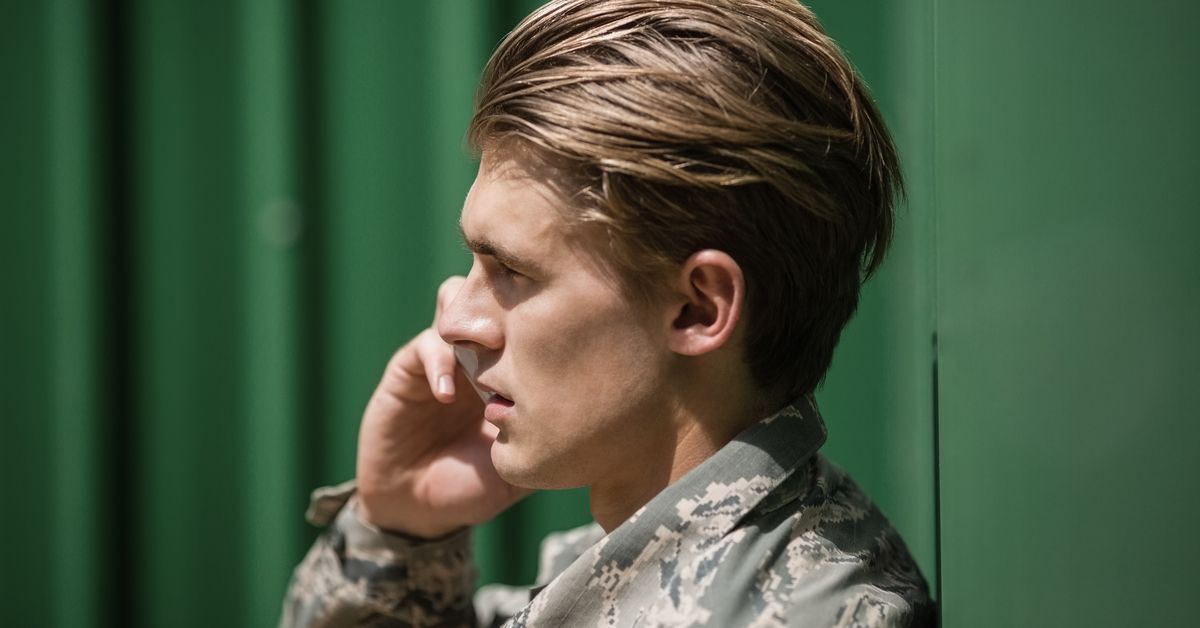 Claim:
A badly injured soldier tells his parents about his lifestyle-altering injuries under the guise of presenting them as a tragedy that befell a friend.
Rating:

The earliest instance of this author-unknown e-mail dates to September 1998:

A story is told about a soldier who was finally coming home after having fought in Vietnam. He called his parents from San Francisco. "Mom and Dad, I'm coming home, but I've a favor to ask. I have a friend I'd like to bring home with me.""Sure," they replied, "we'd love to meet him."

"There's something you should know" the son continued, "he was hurt pretty badly in the fighting. He stepped on a land mine and lost an arm and a leg. He has nowhere else to go, and I want him to come live with us."

"I'm sorry to hear that, son. Maybe we can help him find somewhere to live."

"Son," said the father, "you don't know what you're asking. Someone with such a handicap would be a terrible burden on us. We have our own lives to live, and we can't let something like this interfere with our lives. I think you should just come home and forget about this guy. He'll find a way to live on his own."

At that point, the son hung up the phone. The parents heard nothing more from him. A few days later, however, they received a call from the San Francisco police. Their son had died after falling from a building, they were told. The police believed it was suicide.

The grief-stricken parents flew to San Francisco and were taken to the city morgue to identify the body of their son. They recognized him, but to their horror they also discovered something they didn't know, their son had only one arm and one leg.

It echoes a 1978 country song by Chris LeDoux, titled "Silence on the Line," a ballad about a man leaving the rodeo to rejoin his wife and kids on the farm but calling home to ask if he can bring a crippled friend with him. The "friend," of course, is himself, and he instead chooses to head to Mexico rather than return to Colorado when the wife makes it clear she needs a man around the place who is fit to help her work the farm instead of being a drain on their resources.

The tale is even older than that, though — it served as the plot of an episode of television's Alfred Hitchcock Presents. In "The Return of the Hero" (original air date 2 March 1958), French soldier André asks his wealthy family by telephone from a café about bringing home his friend Marcel, who he says both saved his life and lost a leg in the war. News of Marcel's infirmity prompts the family to explain that the injured friend "wouldn't fit in" on the estate and that André should not bring him. André concludes the call, then is seen striding away on his crutches, his pinned-up empty trouserleg wordlessly expressing the truth of the matter, that he and not his friend was the one now missing a leg.

The legend is best read as an illustrative tale rather than as something that actually happened. The combination of an unknown author and lack of checkable details within the work should convince anyone the tale is a parable, not an account of real events. It also echoes a rumor documented in existence during World War II:

A woman sitting in a beauty parlor in Lynbrook, New York, one afternoon in 1942, heard this rumor:

"A mother and a father received a letter from their son in the army that he would arrive on a certain date for a visit. The parents invited a number of friends to be at their home when he arrives. All were awaiting his arrival. He walked in with a heavy overcoat on, dropped it, and revealed himself minus both arms."

The woman added that the soldier, according to the story, had been in Pearl Harbor, and while the War Department notified the parents that he was injured, it didn't mention the amputated arms.

Once again, a son who lost limbs in a war surprised his parents in person with the news rather than telling them ahead of time. Though fifty years separate the two tales, they are related.

The 1940s rumor gave voice to concern over the welfare of the many sons and husbands sent to do battle overseas. Were they well? Were they safe? Had a tragic fate befallen them? News was hard to come by, and often loved ones didn't hear anything of each other for months at a time. During those periods of no news, it was easy to believe the worst had happened.

The "horrifying surprise" element expressed the dread resident in those keeping the home fires burning: that bad news was coming and would prove an unimaginable jolt when it came. The story's shock factor of the soldier's dropping his coat (thus revealing his awful news in one gigantic payload) was an expression that even if adequate time were given for loved ones to become acclimated to the bad news, it would still surely hit them hard when it came. The legend plays up the way the news is told, but underlying it all is the knowledge that no matter how it may be delivered, the message itself is the true horror.

(The theme of horrifying news delivered before a crowd gathered for a happier occasion is echoed in the Video Bye Bye legend wherein the crowd of soldiers gathered to view one serviceman's videotape from home witness his wife on the screen having sex with other men then saying to the camera "I want a divorce.")

The version featuring a son who attempts to gauge parental reaction by asking on behalf of an injured friend converts an expression of wartime situation-driven anxiety into a generalized statement decrying intolerance. What is purely a wartime legend (worries about boys overseas, thus the story would die down once they were back safely) is turned to a new purpose, one that exists in wartime and peacetime alike.

Were the parents who turned the fictitious friend away intolerant, or were they being practical? Having to house someone possessed of such handicaps would cause a strain on a family's resources, whether that person were the cherished son or a stranger, thus the parents' reaction is born of a clear-eyed view of the potential burdens. Yet the value they would place on their son's well-being is far greater than what they would bestow on a stranger, and all should know that, including the son who thought to test them. Yes, caring for him would be a burden. But a greater burden would be worrying about him from afar, something that would not be the case were he someone unknown to them.

This illustrative tale falls down badly due to its inconsistency. The son chooses not to tell his parents the truth about his situation, hoping to spare them unpleasant knowledge they needn't know in light of his decision to make his own way in the world. Yet a few weeks later, this same noble lad supposedly kills himself rather than risk imposing upon his parents. His concern for them is thus short-lived in that his suicide will not only leave them mourning a dead son, but will bring to light the very circumstances he was trying to shield them from in the first place — as well as stun them with guilt over the remembered conversation of their having turned away his "friend." In the space of a paragraph, the fictional lad has gone from being bravely protective to cutting a large swath of irreparable harm through the lives of his loved ones.

The e-mailed version featuring the noble son concludes with the following moralizing comments and a glurge of a poem:

The parents in this story are like many of us. We find it easy to love those who are good-looking or fun to have around, but we don't like people who inconvenience us or make us feel uncomfortable. We would rather stay away from people who aren't as healthy, beautiful, or smart as we are.Thankfully, there's someone who won't treat us that way. Someone who loves us with an unconditional love that welcomes us into the forever family, regardless of how messed up we are.

Tonight, before you tuck yourself in for the night, say a little prayer that God will give you the strength you need to accept people as they are, and to help us all be more understanding of those who are different from us!!!

But you know the special lift
It always brings
And you realize that Friendship
Is God's most precious gift!

Friends are a very rare jewel, indeed. They make you smile and encourage you to succeed. They lend an ear, they share a word of praise, and they always want to open their hearts to us.

Show your friends how much you care....

Send this to everyone you consider a FRIEND.
If it comes back to you, then you'll know you have a friend for life.

Poems in praise of friendship notwithstanding, the truth is our families and friends mean more to us than strangers do, so we make sacrifices for them that we will not consider making for acquaintances. The parents in the tale do not act in an egregiously selfish manner, nor would it be correct to presume their reaction to their son's altered physical reality from their reluctance to shoulder the anticipated demands that life with an unknown-to-them amputee would surely bring. One would be measured with a far different yardstick than the other.

Moreover, clear-eyed acknowledgement of the realities of a person's physical limitations is not the same as a dismissal of that person as worth knowing, as the chiding comments included after the story would seem to indicate. One walks more slowly beside a friend who is limping — one neither maintains normal walking speed and pretends the limp does not exist, nor concludes the limper has been rendered unlovable by his infirmity. Recognition does not equate to devaluation; neither does willful blindness equate to compassion.