Does a Video Show an Armed Robot Turning on Humans?

The dystopian video alarmed some on social media in fall 2019. 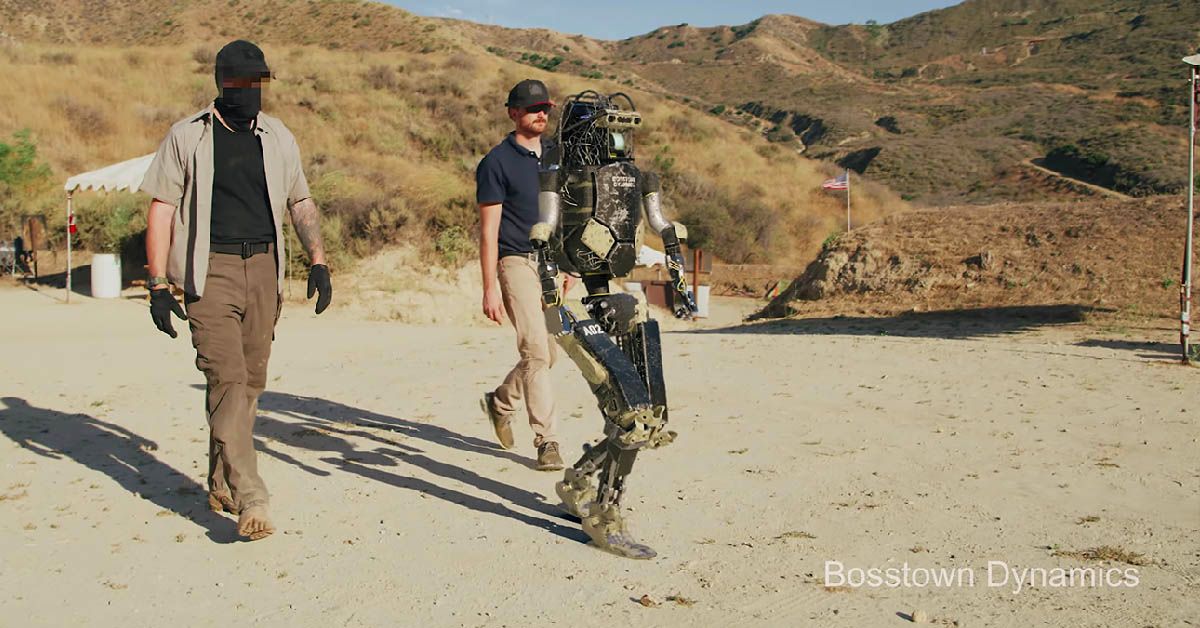 A dystopian but fake video showing a sharpshooting robot turning on its human tormenters fooled some people online in late October 2019 — likely because sophisticated artificial intelligence and increasingly agile robots are quickly becoming a reality.

The video was created by Corridor Digital and labeled "Bosstown Dynamics." The original can be found on the company's YouTube channel. It shows some men at a gun range who appear to be testing out a very human-like robot by arming it with a gun and then hitting it and knocking it down. The robot continues to shoot, until a man orders it to shoot a robot dog. The human robot instead shoots at the man, takes the dog, and runs away.

While some on social media complimented the video makers on their skill at creating a realistic-looking computer graphic, others like gun advocate Chris Loesch appeared to be alarmed by it, at least initially (Loesch later noted he knew the video was fake).

This is truly astonishing and frightening. Think I’m gonna keep my guns, all of them. pic.twitter.com/6CZDiwFJLu

It's not the first time a video created by Corridor has fooled people. In June 2019, a similar video in which a robot pulls a gun on humans who had been abusing it fooled people.

But Corridor posted an explainer video to a separate YouTube account ("Corridor Crew") that explained the video was made using motion capture. In other words, it was a (human) actor playing the part of the robot, and the robot was digitally edited in later.

If anyone was fooled by Corridor's digital creation, it may be because robots have grown increasingly sophisticated, and viewers have been primed with real reports of robots who can shoot and do gymnastics.

Novak, Matt. "That Viral Video of a Robot Uprising Is Fake Because the Real Thing Will Be So Much Deadlier."   Gizmodo. 17 June 2019.