Did an Armed Black Militia March Through a Georgia State Park?

A Confederate monument became the site of another protest on the Fourth of July 2020. 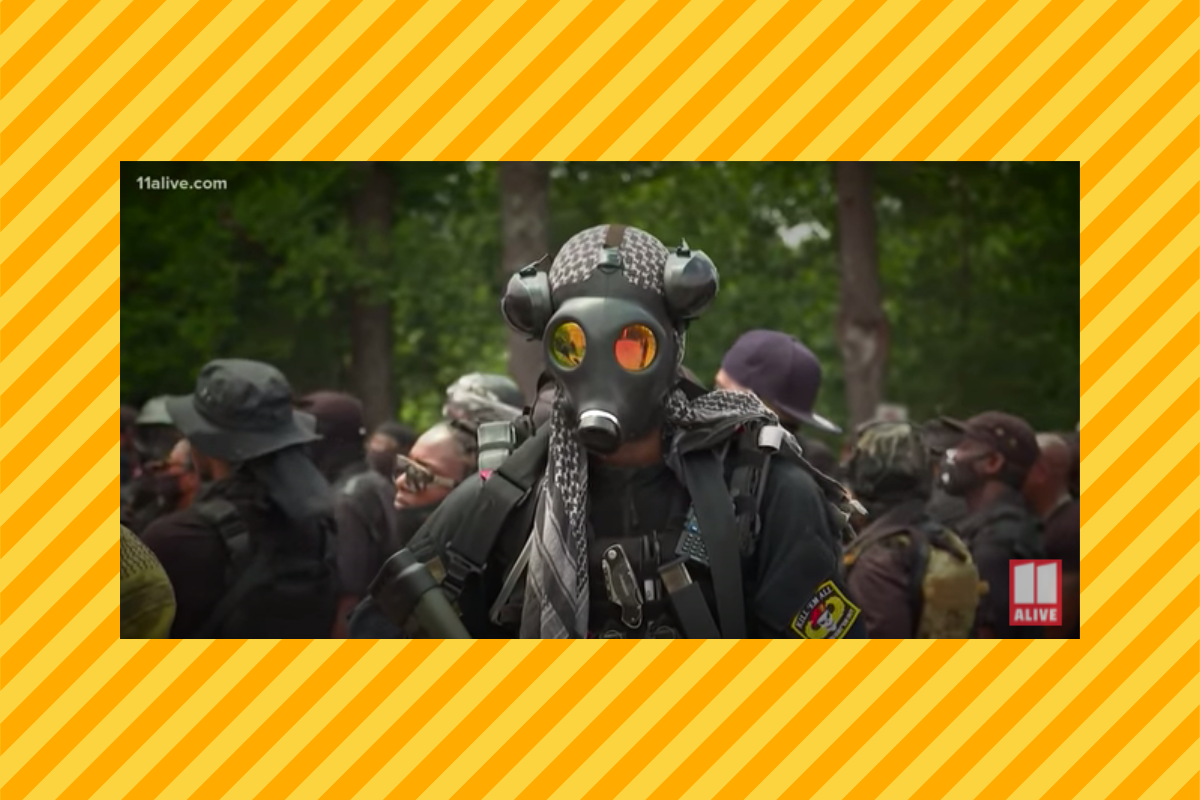 Claim:
On July 4, 2020, around 1,000 heavily armed members of a Black militia marched through Georgia’s Stone Mountain Park and demonstrated at the site of a monument depicting Confederate leaders.
Rating:

Amid ongoing protests across the U.S. against racism and police brutality after the May 2020 death of George Floyd, a Black man who died at the hands of a white police officer in Minneapolis, monuments connected to racism and slavery also became the sites of demonstrations. Snopes readers asked us to look into one such gathering on the Fourth of July, when a group of heavily armed Black militia members allegedly marched on a Confederate monument in Georgia’s Stone Mountain Park:

News reports and statements from park officials confirm that this rally did indeed take place, though social media posts such as the above misrepresented significant details of the event.

Around 1,000 predominantly Black militia members, wearing paramilitary-style clothing and wielding rifles, gathered at the Stone Mountain sculpture of Confederate President Jefferson Davis and military leaders Robert E. Lee and Thomas "Stonewall" Jackson. White nationalist rallies have taken place there in the past, and the monument has historical ties to the Ku Klux Klan.

The group behind the march, known as the Not Fucking Around Coalition (they have no known affiliation with the Black Panther Party, contrary to what is stated in the tweet above), identifies as an all-Black militia, and said they were also not connected to the Black Lives Matter movement.

Speakers at the rally challenged white supremacists to face them, and called for the monument's removal. While the majority of attendees were Black, Reuters reported that individuals of other ethnicities were also spotted in the crowd.

The group also had a police escort, and the march was peaceful. John Bankhead, a spokesperson for the Stone Mountain Memorial Association, the organization that operates the park, said:

It's a public park, state park. We have these protests on both sides of the issue from time to time. We respect people's First Amendment right to exercise those rights. We understand the sensitivity of the issues here at the park and the dark past so we respect that and allow them to come in. As long as it's peaceful, which it has been, then that's fine.

Snopes reached out to the park's association for more information, and will update this article if we hear back.

Given the ample media coverage, footage of the Black militia, and statements from park officials confirming that such a march did take place, we rate this claim as “True.”

Correction [22 July 2020]: The headline on a previous version of this article incorrectly referred to the location of the march as a national park.