This isn't the first time that clips from the video game ArmA 3 have circulated with incorrect captions. 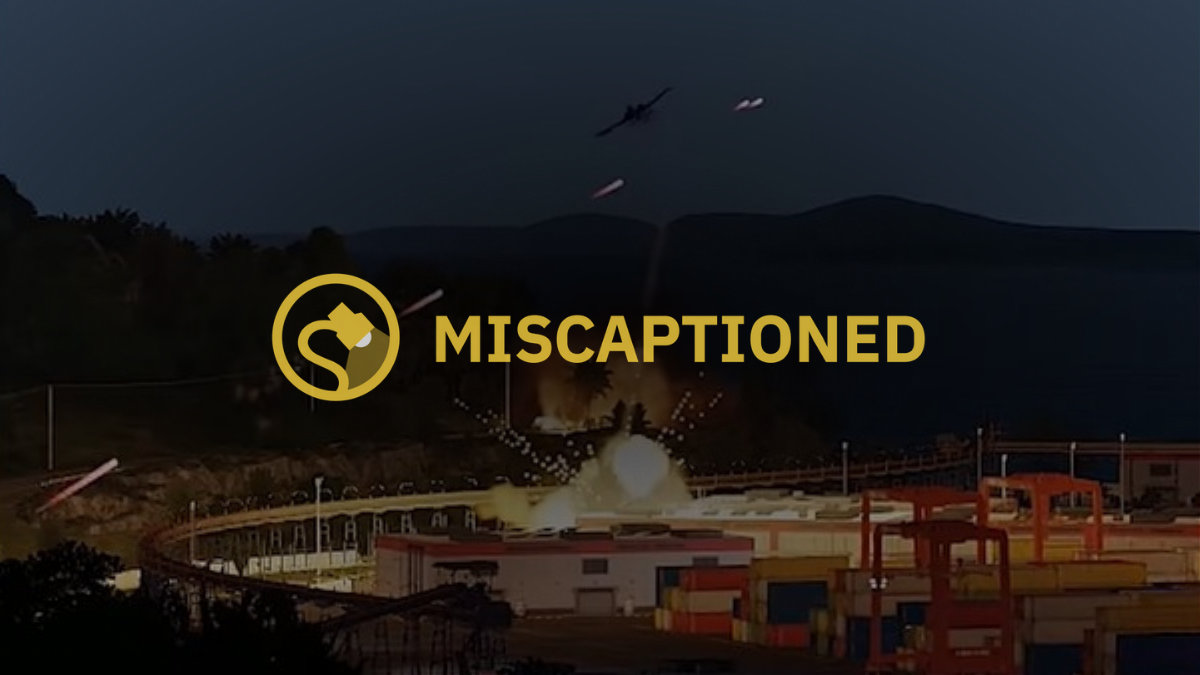 ArmA 3 is a military game that was released for Microsoft Windows in September 2013. While this video game provides players with a realistic open-world environment, it has also given hoaxers ample footage to recaption and share out of context. In February 2022, as Russia invaded Ukraine, a clip from this game was circulated on social media as if it showed part of this attack.

The following video racked up more than 500,000 views after it was shared online attached to the claim that it showed a Russian aircraft exchanging fire with Ukrainian forces. This clip, however, comes from ArmA 3.

Alt News, a fact-checking site from India, noted that the above-displayed clip was shared as if it were genuine by the Kerala-based news channel Mathrubhumi and TV9 Kannada.

It was originally posted by the YouTube Channel "Compared Comparisons," which states that it makes "modern and realistic cinematic war films using ArmA 3 and DCS as the engine to create the stories and Simulations," in January 2022. The original clip clearly identified it as footage as a simulation from ArmA 3:

This isn't the first time that clips from ArmA 3 have been miscaptioned and shared online during times of conflict. In September 2021, reporter Mohammed Zubair noted that a video supposedly showing Pakistan bombing Afghanistan also came from this video game:

In January 2020, Boom Live, another fact-checking website in India, reported on another ArmA 3 clip that was being shared as if it showed a conflict between American and Iranian military units. Boom Live reported:

A viral video claiming to show a war like situation where American anti-missile batteries are shooting down Iranian missile units, is false. The clip has been culled out of a user-generated video based on a video game. The 2 minute 50 second long video is originally from a video game called 'ARMA 3', a futuristic open military sandbox game that was released by Bohemia Interactive for Microsoft Windows in 2013.