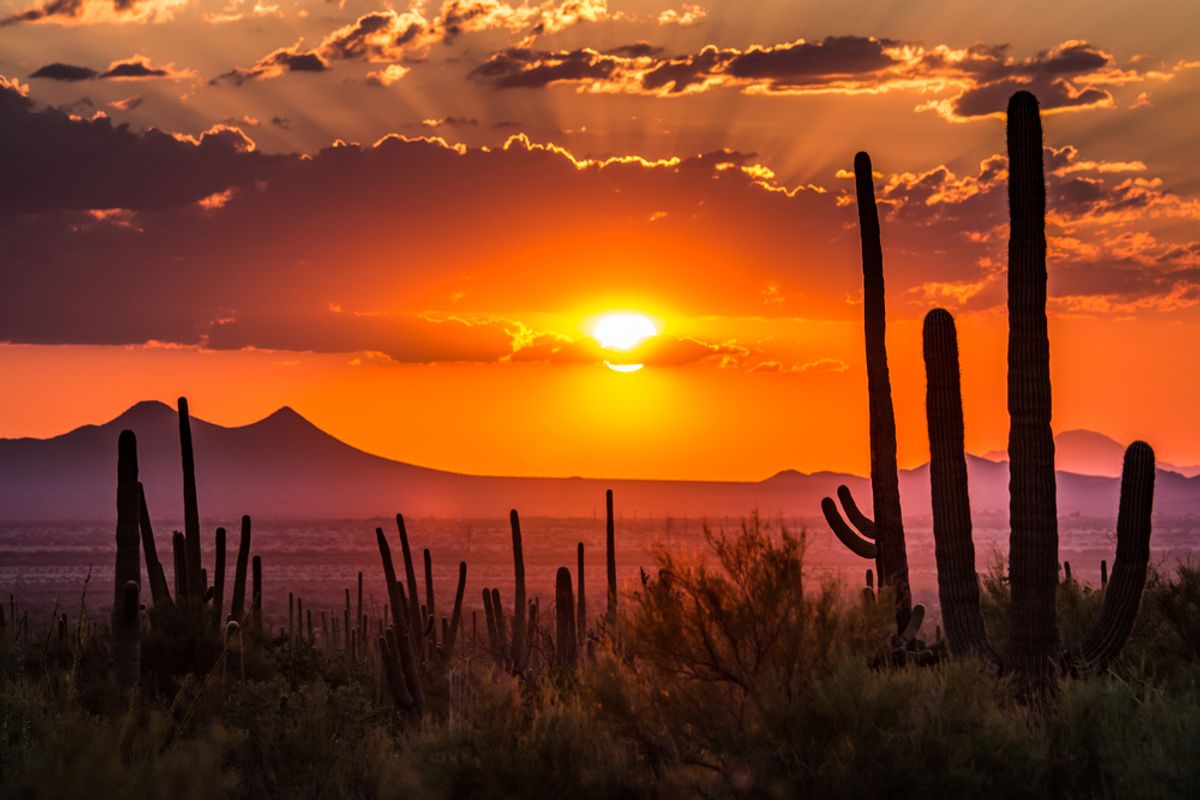 This restriction is not actually codified in Arizona law. But it almost was.

The first news report we could find covering the bill was published in the Arizona Daily Star in December 1987: 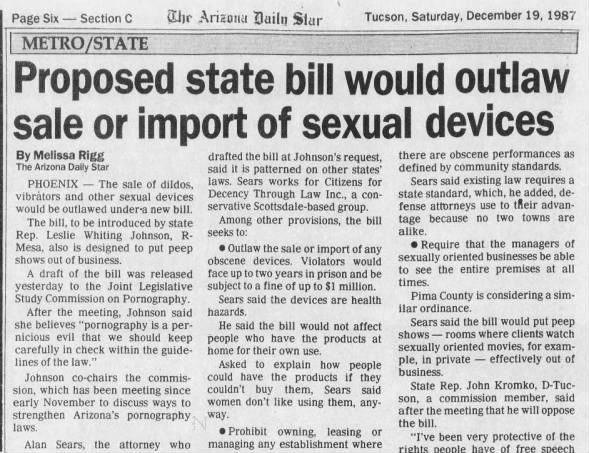 In her veto message, Mofford said she fully supports the enforcement of tough laws to eliminate obscene material, but "I must regretfully use my veto power, primarily because I believe the bill is unconstitutional."

Moffard said she believes that the acceptance standard could allow higher courts to overturn convictions, so "persons who would otherwise have been convicted under the tolerance standard would go free."

She said she also feared that the acceptance standard — a tougher standard than used in several U.S. Supreme Court obscenity decisions — could allow the removal from library shelves and movie theaters of works that are widely recognized as fine literature or works of art.

The story behind Johnson's obscenity law was eventually boiled down to a factually inaccurate sentence published on the website Dumblaws circa 1999. From there, it spread to a number of listicles concerning "obscure laws" in the United States. Perhaps most famously, photographer Olivia Locher created a visual representation of this rumor in her 2017 book I Fought the Law: