Despite rumors, Walmart has not recalled holiday rawhide bones due to formaldehyde contamination. 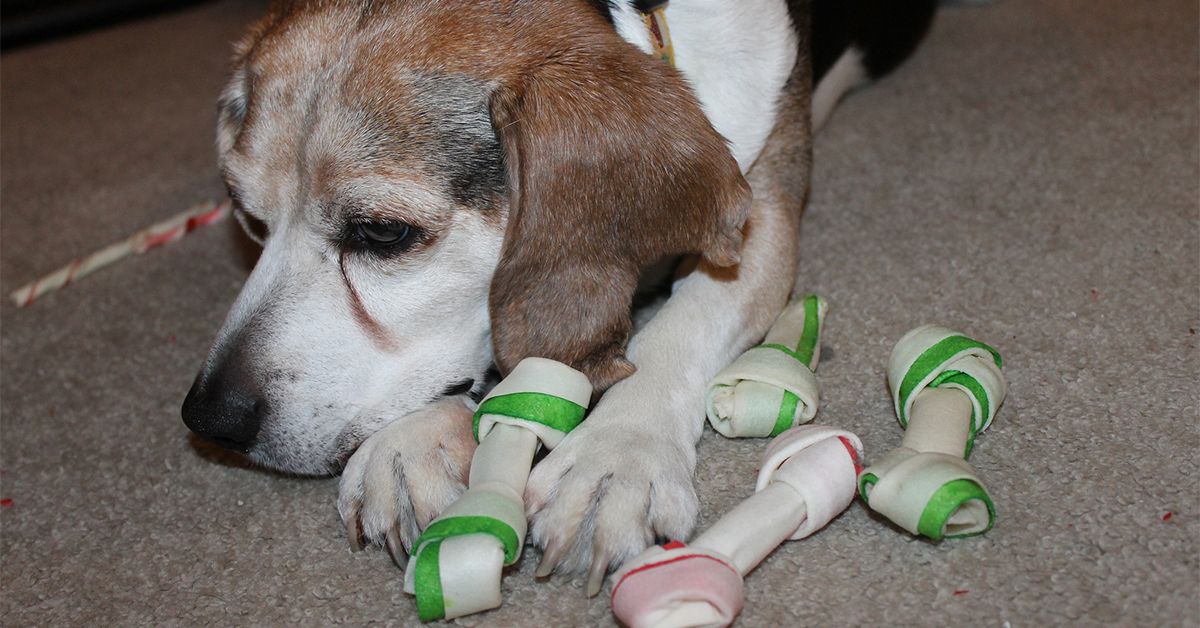 Claim:
Walmart has recalled holiday rawhide bones for dogs because they are laced with formaldehyde and have already killed at least one dog.
Rating:

In late December 2016, a screenshot (reproduced above) began circulating on Facebook, urging dog owners not to give Walmart holiday rawhide chews to their pets. The warning circulated in screenshot form and appeared to originate with a local buy and sell Facebook group for Salem, Oregon.

We got are dogs these giant rawhides for exmas and are babies have been sick since Christmas Day we took them to the Vet this morning(thank you abiqua veteran clinic) we love the vet there btw. She says the rawhide is laced with framaldihide so I called wallmart were the 6th call today. And the manager said he had a bunch yesterday that they pulled the product and to come in and fill out paper work for insurance claim. One furry baby he said died yesterday from them......DON'T GIVE THE WALLMART RAWHIDE TO YOUR FUR BABIES.....

According to the unnamed Facebook poster, their household's two dogs received holiday rawhide bones from Walmart as gifts on 25 December 2016 and subsequently fell ill. On 26 or 27 December 2016, the user stated that they visited a local veterinarian, and learned that the treats were "laced" with formaldehyde.

The post's author said during a call to Walmart, they were informed that at least six pet owners had called about the issue that day, that the product had been "pulled" from stock, and that guests were invited to complete insurance claim-related paperwork relating to the purportedly contaminated product. In addition, the poster claimed the manager confided that at least one pet had died as a result.

We contacted the Abiqua Animal Clinic, Walmart's corporate offices, and the Walmart closest to the post's location and veterinary clinic. The Walmart manager told us that there was no active recall involving Walmart's holiday rawhide bones, and while several people had called about the issue, the store was aware only of calls stemming from the Facebook post — not pet owners filing insurance claim paperwork.

The manager told us that recalled products are frozen in Walmart's inventory system (making purchase at checkout impossible) and the holiday rawhide bones were available for purchase as of 28 December 2016.

Another Walmart representative  reiterated that no such recall or other action had been initiated involving any rawhide pet product sold by the chain. While the poster claimed multiple other pet owners endured the same experience, Walmart was aware only of the claims made on Facebook. Walmart told us that it made contact with the customer, but that individual was not able to substantiate any portion of the claim.