Are Thieves Stealing License Plates in a Carjacking Scheme?

No, carjackers are not lying in wait to steal your license plates before stealing your car. 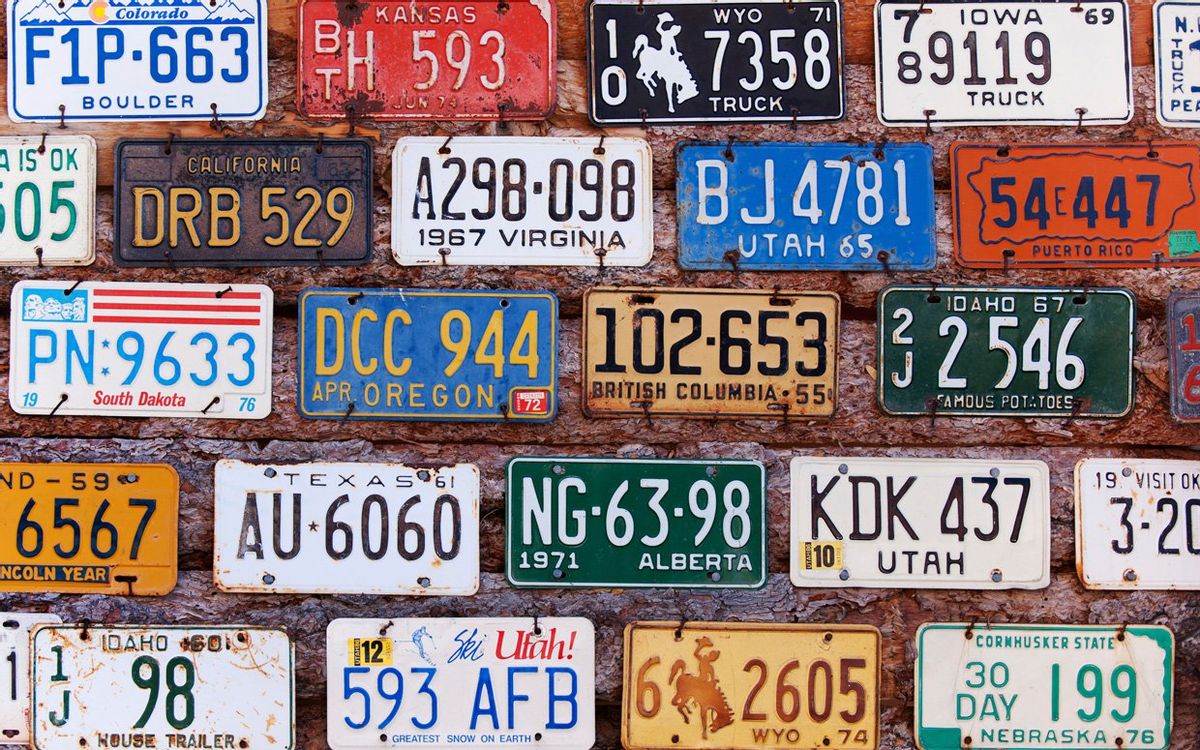 Claim:
A new trend in carjacking involves the theft of your license plates by robbers who later lure you into a carjacking by pretending they "found" your tags.
Rating:

A perennial theme in urban legends involves the ingenuity of criminals and how to stay one step ahead of them, once again evidenced in the long-circulating claim carjackers "recently" started stealing license plates in a complex scheme to eventually perpetrate a armed car theft.

According to a snippet of text circulating via Facebook, e-mail, and other social platforms, carjackers have invented a novel criminal plot to separate you from your vehicle (or even swipe you, too). After possibly watching a mark park their car (or selecting a vehicle at random), the criminals then supposedly remove its license plates and lie in wait for the putative victim to return to their spot (requiring both a maneuver perfectly timed so as not to get caught in the first phase, and also enough time on their hands to sit out a mall trip of indeterminate duration). Although it seems logical most motorists would observe the glaring lack of a tag as they approached their vehicle, the plot ostensibly relies on them not doing so. After ten minutes or hours of watching your car (while plenty of jackable vehicles came and went) the thief then follows the unwitting plateless driver to an active roadway, where the scheme takes off. When the driver responds to the ostensible good samaritan who has possession of their license plates and is shouting at them from an adjacent vehicle, they pull over at a location random and not known to the robber (such as a well-lit parking lot), where the actual jacking of the car takes place.

Time and again, crime warnings of the sort appear with no explanation as to why the robber would engage in so many time-consuming, risky, and questionably useful actions just to affect an outcome identical to the one he or she would encounter by simply carjacking under normal circumstances. No part of the scheme benefits the criminal actor in it, and most of the steps if anything expose thieves to greater risk of getting caught (a smart robber would worry about CCTV, observant bystanders, and retail security patrols). A standard carjacking scenario is almost universally a crime of opportunity where the thief controls the setting, the timing, their relative inconspicuousness, and has the upper hand of sudden movement. In the proposed scheme, the thief risks getting caught stealing the tags, having the driver move to an even less ideal location for the commission of the crime (or having the time to reconsider the tag thief's motives), or being thwarted altogether by the driver noticing that their license plate[s] are quite obviously missing.

Like similar "creative carjacker" legends (such as the key ring tracker), the license plate carjack warning began in South Africa. Carjacking is called "hi-jacking" in South Africa, where that specific crime is far more prevalent and hit a peak of nearly 15,000 between 2008 and 2009. The United States Department of State listed carjacking as continued risk to travelers visiting South Africa as of 2016 amid general travel information on their web site. South Africa's population numbered roughly 53 million, where the United States had approximately 319 million residents and an average of 38,000 carjackings per year via slightly older [PDF] statistics.

In short, you're much more likely to encounter carjackers in South Africa than the United States, and the specter of the crime looms larger there. Rampant violent crime can be demoralizing and frightening, which is why legends about clever criminals and how to outwit them endure in any culture. Urban myths of that variety serve both as a way to broadcast one's own savvy, as well as afford a misplaced sense of security that the teller won't fall victim to similar schemes by being one step ahead of ever-craftier criminals.

As is often the case, a search of news reports led to no mentions of any such acts being committed either in the United States or South Africa at any point. But a news article from 2010 (right around the uptick in South African carjackings) reported on the rumor alongside a police officer's assertion the rumor was most likely "a hoax":

According to an e-mail doing the rounds, hijackers are removing motorists' number plates in an attempt to get them out of their cars ... Gauteng police spokesman Superintendent Lungelo Dlamini said that while he thought the e-mail was a hoax, one should never underestimate the lengths to which potential hijackers were willing to go.

Police are often the first to spot new trends in crime for obvious reasons, the last to dismiss potentially worthwhile intel about how to avoid becoming a victim, and typically magnanimous when it came to addressing the crime-related fears of citizens. The article didn't substantiate the claim the crime was actually occurring, it merely marked the spread of the rumor in 2010. And while police sometimes stop short of debunking an obvious urban legend, they will frequently use the opportunity generated by its popularity to reiterate better advice (as did Dlamini in his assertion folks ought not to let their guard down in relation to carjackers).

The license plate carjack rumor was very similar to claims that robbers used distractions such as a $100 bill or perfume sample to confound victims before committing a crime, but we're all aware crime occurs each day without the need for a lengthy interaction between the criminal and victim. The introduction of "bait" such as money or a lost license plate would serve no purpose for the perpetrator, but it bolsters the lore which purportedly wards off such crimes. Very little can prevent any one of us from being accosted, held up, or shaken down in a random violent criminal encounter. By inventing a pretext, the legends allow us a way to rewrite the stories of theft or assault in a manner we can outsmart, outrun, or control. The rumors also give voice to our collective sense of unease that crimes impact a victim whose only sin was parking in a public place; these legends speak to the unfairness of random criminal acts by shaping the narrative to combat the "random" element. They also illustrate in a literal sense our "distractions" by inventing a physical substitute to drive the message home (a real-life counterpart being smartphones, small children, or arms full of shopping bags). A parable about the perils of distraction leaving one open to victimization has far more staying power than a simple admonition to mind one's surroundings in a dimly lit lot, as the reach and endurance of these near-identical legends clearly demonstrates.