Are Rosaries Being Taken from Immigrants at the U.S.-Mexico Border?

Rosaries are among personal belongings confiscated from immigrants when they are arrested at the southern border of the United States. 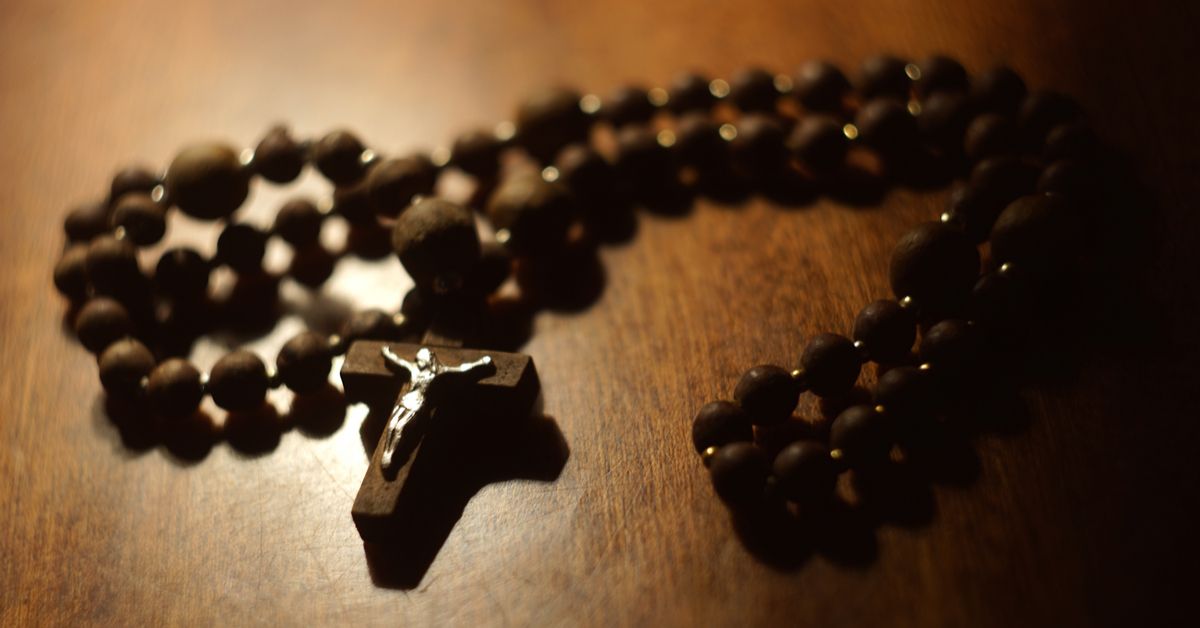 Claim:
Immigration authorities are taking rosaries away from immigrants at the border.
Rating:

Immigration authorities confiscate personal belongings of immigrants when they are arrested.

Authorities do not specifically target rosaries, but the religious beads are among other belongings confiscated when immigrants are taken into custody.

In late May 2018, amid controversies over "zero tolerance" positions on immigration taken by the administration of United States President Donald Trump, social media users began sharing an image of rosaries taken by immigration authorities at the border:

Rosaries confiscated from undocumented migrants by US border patrol agents. From a story in the @NewYorker https://t.co/lmVmPzM04f pic.twitter.com/n7iABgKFbY

The image went viral amid swelling outrage over the ongoing treatment of migrants in the United States and those seeking refuge and asylum within its borders. In April 2018, U.S. Attorney General Jeff Sessions announced a new policy in which the government would pursue criminal charges against any migrant caught making an unauthorized border crossing and take their accompanying children away from them.

Since then, readers have been angered by stories of the federal government failing to account for hundreds of unaccompanied migrant children, and reports that hundreds of children -- including dozens under age 4 -- had been removed from their parents' care by immigration agents.

However, this was not a new image as of 2018. It was taken from a gallery published along with a 12 March 2017 story in The New Yorker and depicts the work of photographer Thomas Kiefer, who used to work as a janitor for Customs and Border Protection (CBP) in Ajo, Arizona. The rosaries, he explained, were taken from immigrants along with other personal effects when they were arrested by border agents.

Kiefer, who quit his CBP job in 2014, fished the unclaimed items out of trash cans as he cleaned. They would later become part of a photography collection he called "El Sueño Americano":

Spending time with the confiscated items — collecting them, curating them, looking at them, photographing them — changed Kiefer’s relationship to his job. Before, he’d been punching the clock so that he could get back to photography; now he felt awakened to hundreds of human dramas playing out around him during each shift. He’d always known, technically, about the C.B.P.’s strict confiscation policies, which were posted on bilingual signs and applied to all items classified as either “non-essential” or “potentially lethal.” But he hadn’t spent much time thinking about these policies, and he hadn’t realized how broadly they were applied, or just how many of the confiscated items — including cell phones and wallets, many still containing I.D.s, prepaid debit cards, and cash — were ending up in the trash, never to be returned. Increasingly, Kiefer felt uncomfortable at work: angry at the system that employed him, sad for the people being “processed,” and afraid that he would be caught making off with government property. But he kept sneaking out what he could, kept building his piles, and kept taking pictures, which at first he showed to no one.

CBP spokesman Carlos Diaz told us that items taken away from immigrants upon arrest can be returned if the owner retrieves them — but according to immigrant advocacy organization No More Deaths, many never see their belongings again. According to a 2014 report authored by the organization:

The failure to return peoples’ belongings upon deportation represents one more way that ICE and CBP have failed to uphold basic law enforcement standards and human rights norms in their rush to expand the United States’ detention and deportation apparatus.

Items taken may include religious effects, but as No More Deaths points out, they include almost anything but the clothing being worn. Generally, personal property is held for 30 days after an arrest and then destroyed.

In 2016, David Hill, a volunteer for No More Deaths who is tasked with helping reunite deported migrants with property taken by authorities described to the publication Vice a wide range of confiscated items: "weddings rings, rosaries, and children's artwork" along with identification cards, money, cell phones and medication:

Due to the 30-day rule and the potential for belongings to be lost between agencies involved, immigrants are regularly deported with only the clothes on their back. No cellphones, no ID, no cash.

We asked CBP for more detail on their policy on confiscation of personal belongings and how items are returned but did not receive a response.

No More Deaths.   "Shakedown. How Deportation Robs Immigrants of Their Money and Belongings."     2014.