Did a Study Find That Almost All Politicians Are 'Actual Psychopaths'?

A disreputable web site grossly misrepresented the finding of a May 2018 study about the geographic distribution of psychopaths. 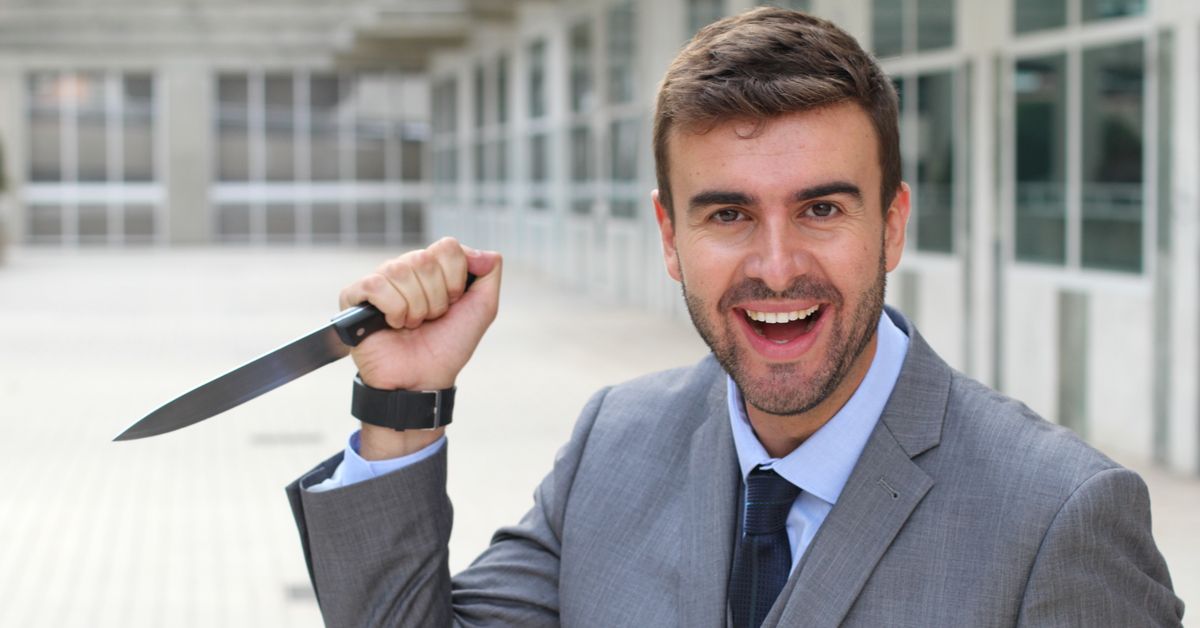 Claim:
A May 2018 study found that 99.9 percent of politicians throughout the United States are "actual psychopaths."
Rating:

In June 2018, the disreputable Neon Nettle web site claimed that a new study had come to some interesting conclusions about America's political class:

A new study published by the Social Science Research Network has revealed that 99.9% of all politicians in the USA are actual psychopaths ... The new analysis ranked 48 continental states and the District of Columbia by measuring the psychopathic personality of their residents ... After all the number crunching, what was the top psychopath hotspot? Washington D.C.

The Neon Nettle article's central claim is false, and was arrived at using flawed logic and downright misrepresentation of the study's actual findings. In fact, the article itself contains disclaimers about the significance of Washington, D.C.'s top spot in the rankings, suggesting that the headline is no more than inaccurate and sensationalist clickbait:

[The author] wrote that people should take the capitol’s top spot with a little bit of skepticism. The D.C. area is small and entirely urban, so it is inherently different than comparing a state, which has a more diverse geography and population, he wrote.

Contrast that measure of sobriety further down in the article with the headline Neon Nettle decided on: "99.9% of US Politicians Are Actual Psychopaths, New Study Reveals."

In his May 2018 paper (which has not yet been peer-reviewed), Ryan Murphy — an economist and research assistant professor at Southern Methodist University — arrived at an estimate for the prevalence of personality traits consistent with psychopathy in 48 states and Washington, D.C. Murphy used existing 2013 research which employed online personality tests to measure the prevalence of the "Big Five" personality traits: Extroversion, agreeableness, conscientiousness, neuroticism, and openness to experience. (Interestingly, one of the online tests used in the 2013 research was myPersonality, a Facebook app which in 2018 was revealed to have been involved in the leaking of three million users' personal data.)

Using these extrapolated estimates, Murphy came up with a ranking of 48 states and D.C. for the prevalence of traits consistent with psychopathy. Washington, D.C. had the highest prevalence, followed by Connecticut, California, New Jersey, Wyoming and New York. The states with the lowest prevalence of psychopathy, according to Murphy, were West Virginia, Vermont, Tennessee, North Carolina, and New Mexico. You can see the full list below: While "politician" is not on that list, elected politicians often emerge from some of the professions listed, such as lawyer, CEO, and civil servant. Dutton has observed elsewhere:

Traits that are common among psychopathic serial killers -— a grandiose sense of self-worth, persuasiveness, superficial charm, ruthlessness, lack of remorse and the manipulation of others -- are also shared by politicians and world leaders. Individuals, in other words, running not from the police but for office.

And in the paper cited by Neon Nettle, Murphy wrote: "The presence of psychopaths in [the] District of Columbia is consistent with the conjecture found in Murphy (2016) that psychopaths are likely to be effective in the political sphere."

Another 2012 study codified certain subjective assessments of job performance, such as behavior and responses to crisis situations, among 42 United States presidents, then scored each of them according to several tests for personality traits consistent with psychopathy. It found that, on average, the presidents scored higher than the general population according to one of those metrics, which measured fearlessness and dominance. When it came to other personality traits consistent with psychopathy, there was no difference between the presidents and the general public.

There is a basis in the existing research for concluding that politicians are more likely than the general population to possess and display personality traits consistent with psychopathy, such as ruthlessness, fearlessness, persuasiveness, boldness, and so on. However, the prevalence of psychopathic traits among politicians or those involved in politics is still likely to be very low. According to one widely-cited study, an estimated 1.2 percent of the general population possess personality traits consistent with psychopathy.

Among business leaders, that prevalence appears to be higher. One study found 3.9 percent of managers displayed psychopathic traits, while another placed that figure at 5.76 percent, and estimated that as many as 10.43 percent of "white-collar" managers were "dysfunctional," meaning "psychopathic characteristics were clearly present although not to a degree that would allow a reliable medical diagnosis to be made."

It's possible that the prevalence of personality traits consistent with psychopathy might be as high in the world of politics, but despite the claims made by this article, any reliable figures are lacking.