A viral video supposedly shows a woman eating at a McDonald's restaurant while simultaneously riding an exercise bike to burn calories. 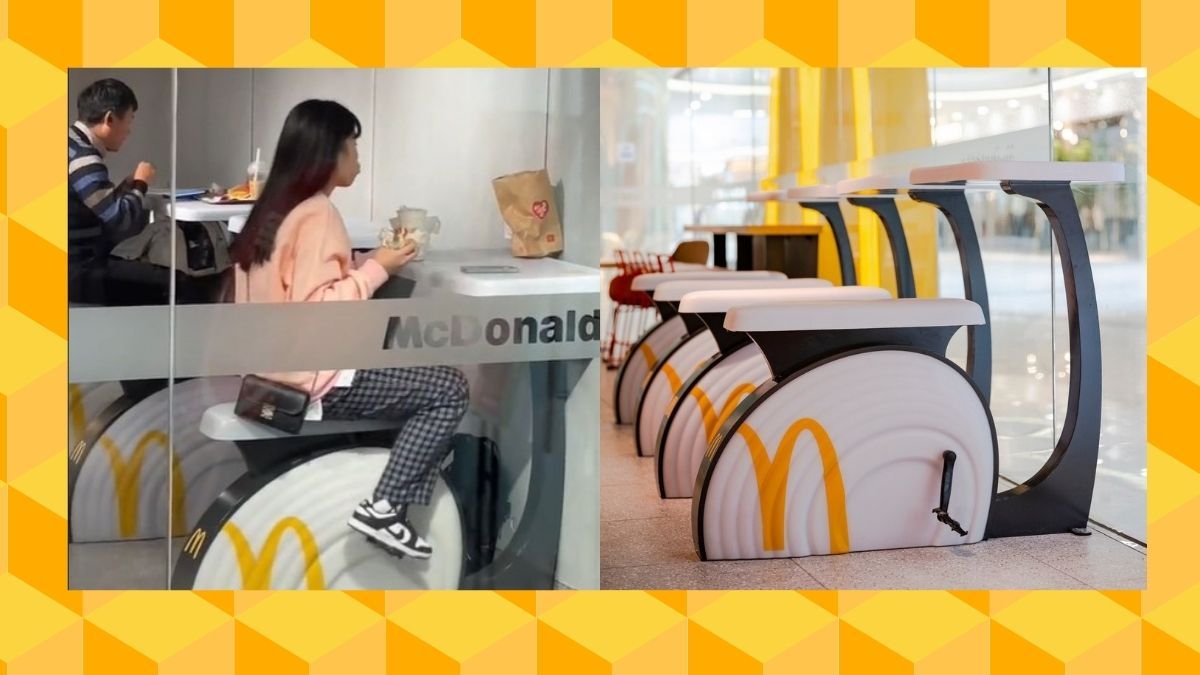 Claim:
A video shows exercise bikes installed at a McDonald's in China.
Rating:

This video shows stationary bikes installed at a McDonald's in China. However, this is more of a green initiative, as opposed to a fitness one, as the primary purpose of these bikes is to generate power to charge mobile devices.

In December 2021, a video went viral on TikTok that supposedly showed a woman eating at a McDonald's restaurant in China while simultaneously pedaling an exercise bike in an attempt to burn off calories.

This video, which has been viewed more than 35 million times, was often met with comments ridiculing the idea of an exercise bike in a McDonald's, with many people pointing out that this person would have to pedal at high speeds for an extended period in order to burn off the calories in a McDonald's burger or large soda. While this video truly shows new stationary bikes that were installed at a McDonald's restaurant in China, these bikes were installed as part of a green initiative, not a fitness one, as the primary purpose is to generate electricity to power mobile devices.

McDonald's confirmed to us that these bikes (referred to as green charging bikes) had been installed at two locations in China. The above-displayed video shows a McDonald's in Shanghai.

The Green Charging Bike is an in-restaurant experience, currently being tested at two locations in China, that is designed to inspire more green behaviors as customers enjoy their McDonald’s favorites. The bike generates electricity to power everyday devices like mobile phones and is a part of McDonald’s China’s “Upcycle for Good” project, an initiative focused on creating products with plastic parts from recycled materials. The Jieyang Wanda Restaurant in Guangdong Province opened in September 2021 and was the first restaurant with the bike, followed by the New Hualian Restaurant location in Shanghai, as seen in the video. McDonald’s China will continue to evaluate feedback from customers as it considers the expansion of the bikes in other cities.

Here are two additional pictures of these bikes. The one on the left shows the charging station on the table that is powered by the bike. The viral video is real, and truly shows stationary bikes that were installed at select locations in China. The primary purpose of these bikes, however, is to generate electricity to power mobile devices.