Are Charitable NGOs Trafficking People Across the Mediterranean to Europe?

A group of white nationalists afloat at sea claims that non-governmental organizations like Doctors Without Borders are involved in human trafficking. 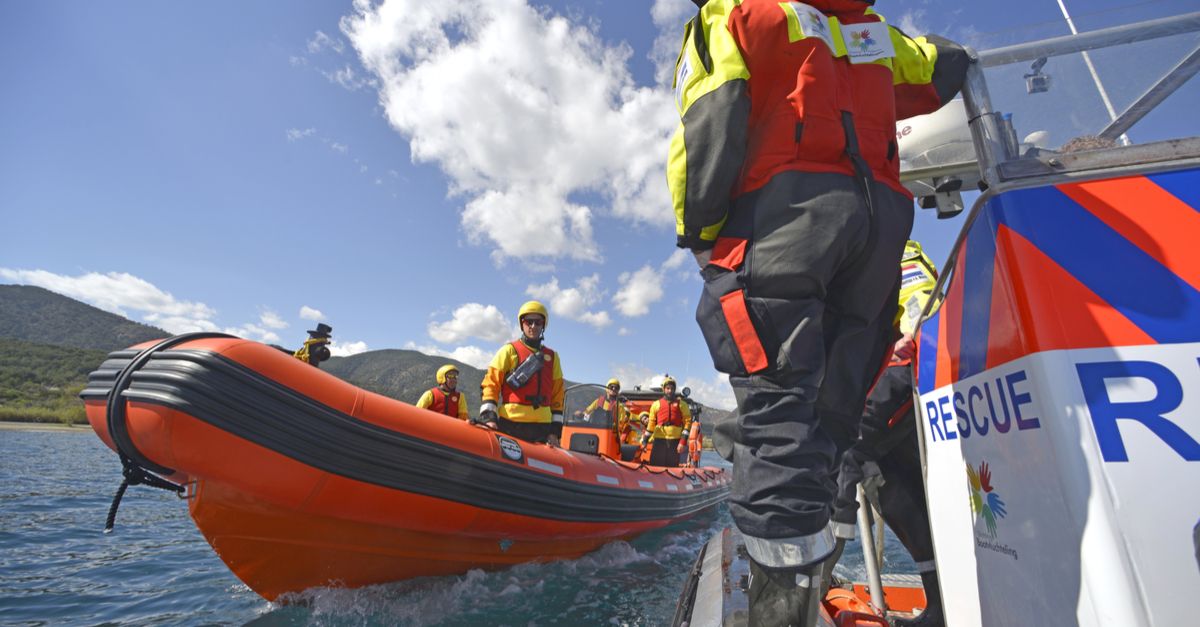 Claim:
NGOs like Doctors Without Borders are profiting from human smuggling in the Mediterranean Sea.
Rating:

In mid-July 2017, a group of young adults from Europe and North America chartered a boat and set out on a mission (named "Defend Europe") in which their stated goal was to block migrants making the dangerous sea crossing from Libya to Italy into Europe. Their plan involved blocking rescue ships operated by non-governmental organizations (NGOs) working to prevent those migrants from drowning.

Defend Europe's pretext is their claim that the charities are profiting off illicit human smuggling or trafficking, which has become endemic in the migratory route. For example, Martin Sellner, a representative from the group, told Reuters at the Sicilian port city of Catania on 21 July 2017:

There is a difference between saving lives and smuggling people to Europe. What they are doing in fact is making millions of dollars for human trafficking rings.

We have found absolutely no evidence to suggest the NGOs involved in search and rescue in the Mediterranean are enriching themselves with smuggling, although this is a popular conspiracy theory among anti-immigrant groups angry at the high number of people making the journey into Europe.

Defend Europe did not respond to questions we sent them asking for proof of their accusation, but they appear to be conflating the fact that while smugglers are involved in putting people on dangerous vessels and sending them out to sea, NGOs are rescuing migrants from these conditions, not profiting from them. Although the NGOs have been accused of creating a "pull", or at least a link in transit for stranded migrants headed to Europe, they have not ever been officially accused of criminal smuggling or trafficking.

I would like to make it very clear that Frontex has never accused the NGOs of collusion.

(1) The Search and rescue area has changed in the past: while in 2011 the boats were arriving all the way to Lampedusa, in 2014 the SAR area was half way between Italy and Libya, in 2016 and 2017 SAR area moved to the limit of the Libyan territorial waters.

(3) The quality of the materials from which the boats are made has dramatically worsened in the past 2 years — the rubber is thinner and the boats made of one chamber now (used to be thicker and made of multiple chambers).

(5) Furthermore, recently we have also noticed that the smugglers remove the engines from the boats when they see a rescue boat nearby leaving the boat full of people adrift and in danger, in order to re-use the engine for another trip.

The Italian coast guard on 2 August 2017 seized the Iuventa, a ship operated by the German NGO Jugend Rettet, on suspicion of aiding illegal immigration, and accused the crew of having contact with smugglers. However, Italian authorities stopped short of saying the NGO had colluded with smugglers for financial benefit, saying they believe the motivation was "exclusively humanitarian". A previous investigation concluded in May 2017 by Catania's chief prosecutor Carmelo Zuccaro also found no evidence that the humanitarian groups were or are receiving illicit money from smugglers.

The Defend Europe group, which is part of the white nationalist "Identitarian" movement, crowdfunded nearly USD$200,000 by way of notorious Internet troll Chuck C. Johnson's web site WeSearchr to hire a Mongolian-flagged boat called the C-Star to carry out their mission — although it's unclear what they are doing. According to media reports, they had been detained at least twice, once by authorities at the Suez Canal and again in Cyprus, where they lost five Sri Lankan members of the ship's crew who disembarked and then immediately applied for asylum.

Meanwhile, Enzo Bianco, mayor of Catania, has asked authorities to block the ship from docking in that city's port because he feared their presence would further inflame an already tense situation. Defend Europe did not respond to our questions, which included a query about their current location and where they planned to travel, but posted videos in several European languages of themselves aboard the boat on 3 August 2017.

Of all the routes that migrants cross globally, the Mediterranean via Libya is by far the deadliest. Yet hundreds of thousands are making that journey to Europe and are expected to continue to do so for the foreseeable future. They come from a mixture of mainly Middle Eastern and African countries for a variety of reasons, according to a United Nations High Commissioner for Refugees report; some flee violence or conflict from war-torn places like Syria to seek asylum, while others are looking for better economic prospects. Others still are victims of human trafficking or environmental crises that drive them from their home regions. The instability and general lawlessness in Libya that currently prevails creates fertile ground for human smugglers, who pack people onto increasingly dangerous vessels. As many as 950 people are believed to have died in 2015 when one such vessel capsized.

NGOs took on a high profile role in pulling people to safety after the Italian navy shuttered a short-lived but successful rescue operation known as "Mare Nostrum" ("Our Sea" in Latin) that ran from October 2013 to October 2014, but was cut due to lack of support from other European Union countries. Mare Nostrum was initially launched in response to public outcry over a shipwreck that killed more than 300 people near the Italian island of Lampedusa in 2013. When that program ended, aid agency MSF — a 45-year-old NGO that brings doctors and medical personnel to crisis areas — took up the mission along with Frontex, which provided search and rescue resources (but at a fraction of the budget of Mare Nostrum). Other aid groups also joined in.

MSF currently has two boats actively searching for boats in distress in international waters north of Libya: MV Aquarius run in in partnership with SOS MEDITERRANEE, and Prudence.

MSF medical teams onboard treat violence-related injuries linked to detention, torture and other ill-treatment, including sexual violence, that people experienced in Libya. Medics treat skin diseases, dehydration, hypothermia, scabies and serious injuries such as chemical burns caused by fuel mixing with sea water in the boats. Pregnant women are cared for by midwives onboard and several babies have been born safely at sea. Lifesaving emergency care is also provided in emergency rooms on the boats or through medical evacuations, when needed.

In the first six months of 2017, NGOs have completed 35 percent of the total of rescue operations in the Central Mediterranean. MSF alone has rescued and brought to safety more than 16,000 people.

As of the end of July, just over 100,000 people have arrived on European shores in 2017, 94,802 of them in Italy. In the same timeframe, 2,385 people died while making the journey, according to the International Organization for Migrants. In the most recent reported tragedy, a boat carrying two women and five children capsized off the Turkish coast, killing all aboard.

We found no evidence to support the claim that these NGOs are involved in illicit smuggling or trafficking activities. Although allegations has been leveled by critics that their presence encourages migrants to make the dangerous Mediterranean crossing and Italian authorities have at least twice investigated accusations of illegal activities, no concrete proof has appeared. Organizations like Frontex and the United Nations stress that the non-governmental organizations' role in saving lives is crucial.

Broderick, Ryan. "Everything That's Happened Since a Bunch of YouTubers Got a Ship to Stop Refugees Getting to Europe."   BuzzFeed News. 25 July 2017.