One particularly striking picture of a blue owl was shared on social media in November 2022. 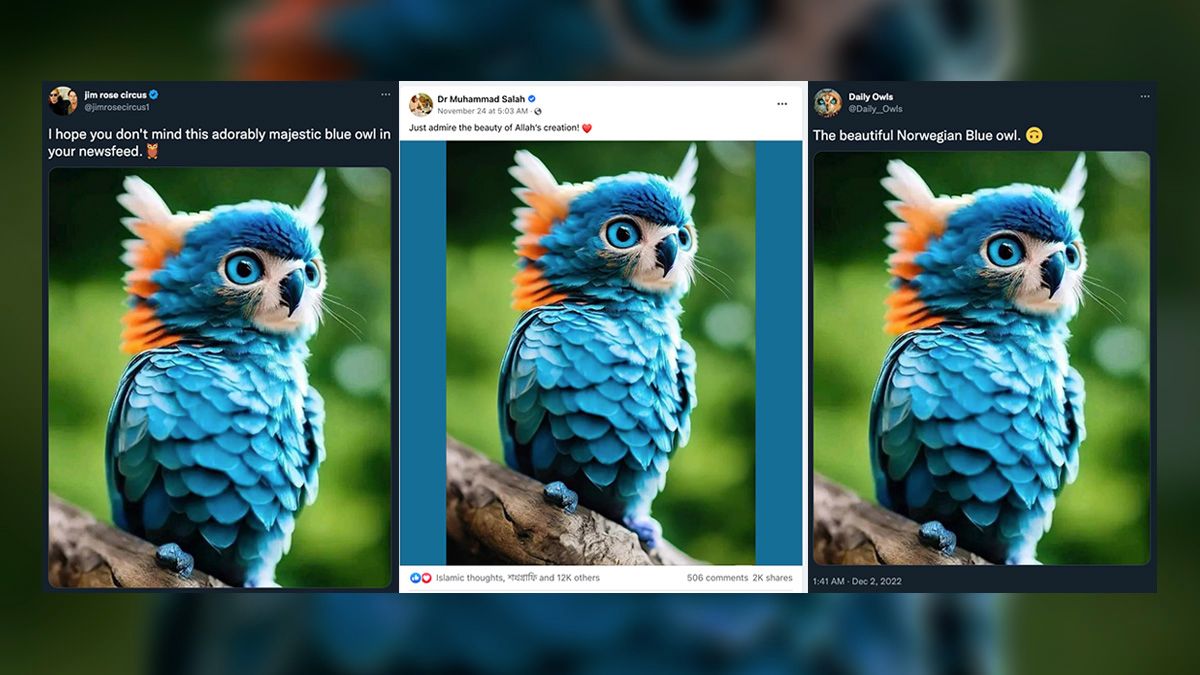 On Nov. 24, 2022, a Facebook user posted a picture of a blue owl. However, blue owls are not real, meaning that the image was a fake. 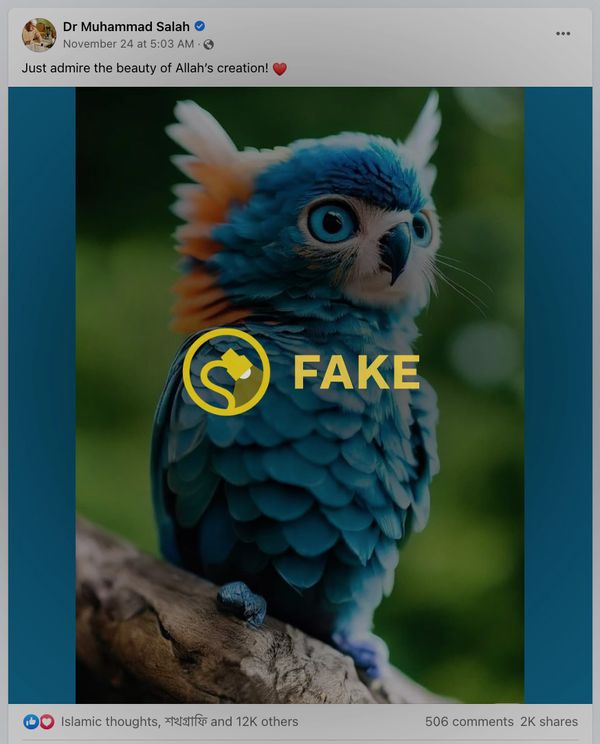 The post from Nov. 24 was shared at least 2,000 times in a little over one week. It was the earliest posting of the picture that we have found so far.

On Twitter, the fake blue owl picture, which showed cat-like whiskers for the animal, received hundreds of thousands of likes.

For example, this tweet from @jimrosecircus1 was posted on Dec. 1, 2022. It showed nearly 150,000 likes by the next day. The caption read, "I hope you don't mind this adorably majestic blue owl in your newsfeed." 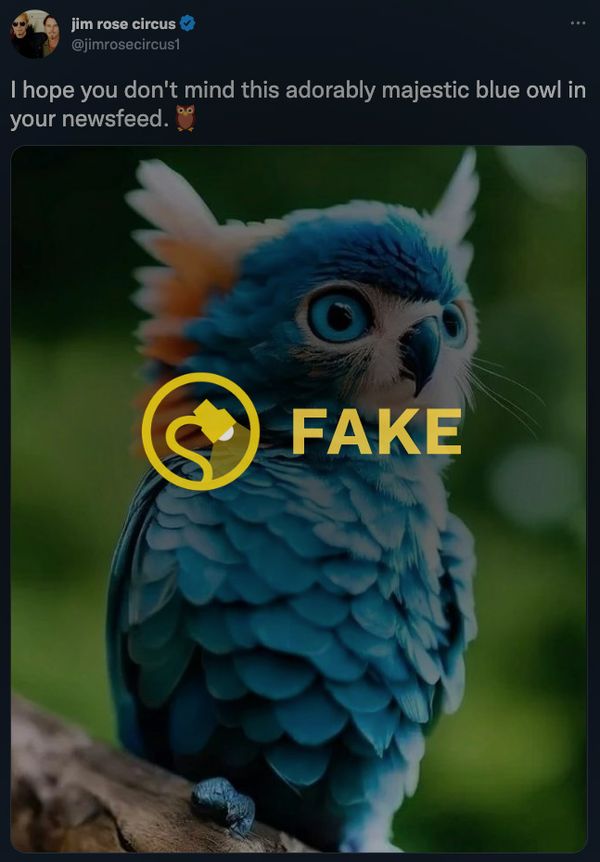 Under the tweet, Twitter added a context note that read, "There is no such thing as blue owl. It looks really good but unfortunately it's not true."

On Dec. 2, the @daily__owls Twitter account also posted the fake picture of the blue owl with the misleading caption, "The beautiful Norwegian Blue owl." 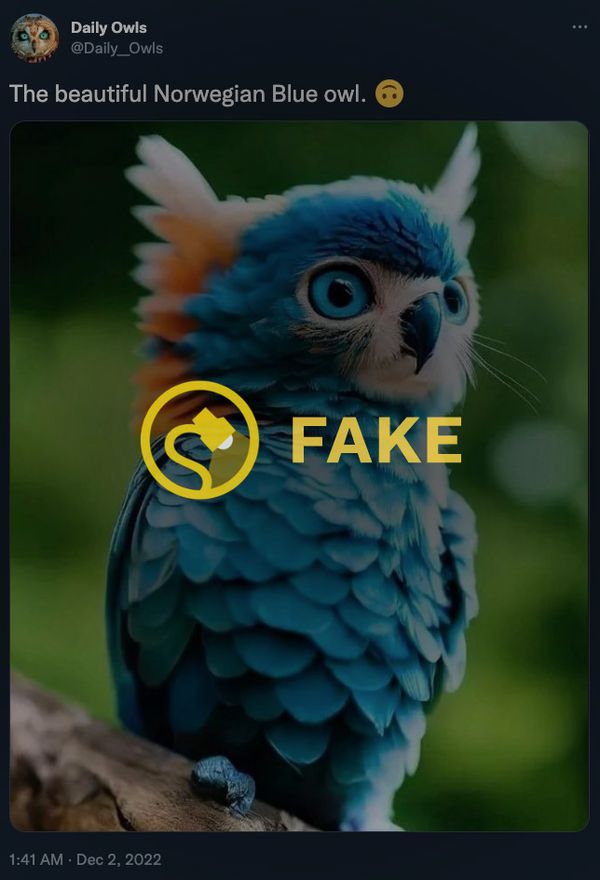 According to Brittanica.com, "owls vary in color from white through many shades of tan, gray, brown, or rufous (reddish) to deep brown." Despite the beauty of the blue and orange owl in the picture, it's just not real.

Hoax hunter @HoaxEye tweeted of the blue owl image that it may have been generated by artificial intelligence (AI). The tweet also tagged the user @Valdevia_Art, who added that they believed it was likely not as simple as a color change in Adobe Photoshop. Instead, the user said that it "does seem AI-generated."

This wasn't the first time a picture of a purportedly blue owl made its way around social media. In 2021, USA Today's fact-check team debunked a picture of what online posts referred to as a "blue Philippines owl." VisitCryptoVille.com previously published a story about the same picture five years earlier.

Back in 2019, AFP filed a report about a "beautiful blue owl of Madagascar," which also was fake.

This story will be updated if we find more details about the origins of the blue owl picture. As noted by some knowledgeable Twitter users, it may have simply been generated by AI.

Yan, Rachel. "No, This Is Not a Genuine Photo of a Blue Owl in Madagascar." AFP Fact Check, 4 June 2019, https://factcheck.afp.com/no-not-genuine-photo-blue-owl-madagascar.