A viral image of a tote bag with an Arabic inscription is correctly translated, poking fun at non-speakers frightened of the language. 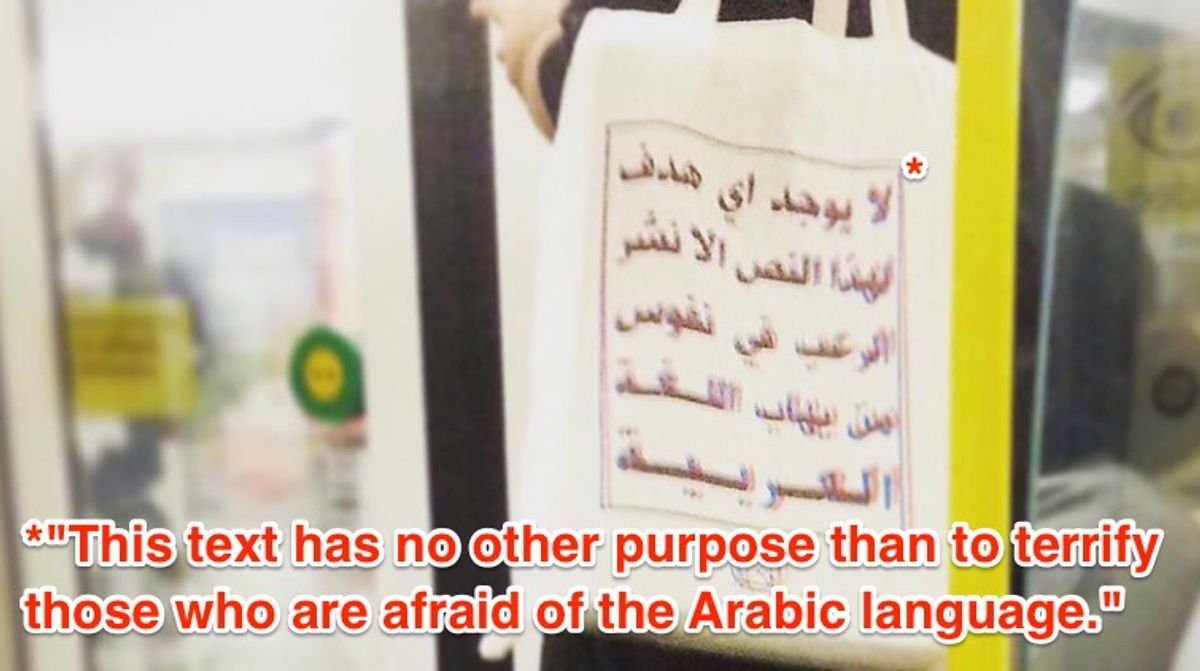 Text on bag reads as: "This text has no other purpose than to terrify those who are afraid of the Arabic language." pic.twitter.com/vHknRBQoPG

After tens of thousands of Twitter shares, the image made its way to Facebook, where many appreciated the humor but wondered whether the translation was accurate.

@zarahsultana Is that what it really says? — Steven L. Johnson (@StevenLJohnson) August 16, 2016

An Arabic speaker transcribed the tote's inscription into digital form:

Feeding that transcription into Google Translate produces a rough version of what is claimed as the writing's English meaning:

The totes began picking up steam back in May 2016, as noted in a news article from that initial wave of interest:

The message on Rock Paper Scissors’ newest tote bag is simple but powerful.

In pink Arabic lettering it says: "The only goal of this text is to spread panic among those who fear the Arabic language."

Most of their designs contain Arabic words, not as a statement, they say, but “because it is our language, and part of who we are, and we think it should be part of our urban landscape.”

That was the thinking behind the tote. "While fuddling what to write we came to a conclusion that the existence of the font and language — and not necessarily the writing — is what's important," they told SBS.

“We notice here that the Arabic language is starting to disappear from signs and public places,” the designers said.

Arabic is an official language in Israel, but newspapers regularly filled with stories of an ongoing culture war which has been raging for years in the small Mediterranean country. The battle centers around identity, fought between a substantial Arab-Israeli minority, and conservatives seeking to cement Israel’s identity as a Jewish state.