Aquafina Bottled Water Does Not Freeze?

Dubious YouTube videos aside, there is nothing unique about Aquafina bottled water that prevents it from freezing. 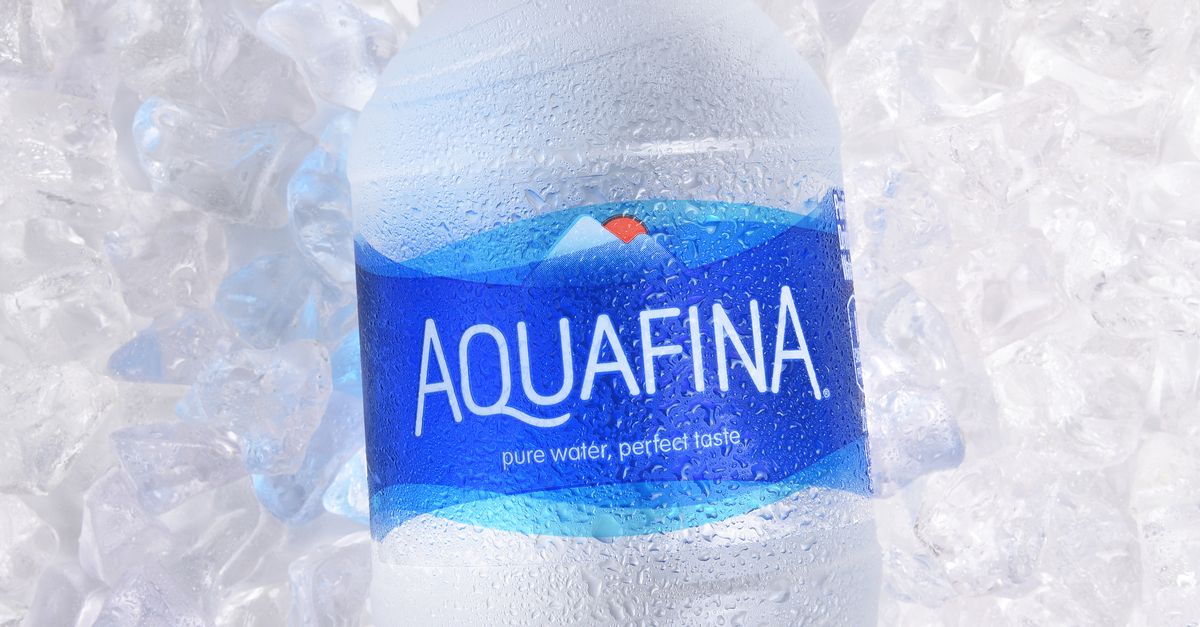 Rumors that Aquafina bottled water does not freeze have been a fixture of the internet for over a decade. On Internet forums and blogs, the claims are usually presented anecdotally and are often layered with strong innuendo about what nefarious chemicals PepsiCo, the parent company of Aquafina, could be hiding in their products.

The claim resurfaced with a 2016 YouTube video titled "AQUAFINA DOESN'T FREEZE. Why? Antifreeze.. (maybe too, radio-active..)," which has been posted on conspiracy-focused web sites. That video shows a construction worker at a chilly job site perplexed by a number of "partially consumed," unfrozen bottles of Aquafina surrounded by a variety of other bottled waters that are frozen solid.

It bears mentioning that this video, uploaded by YouTube user "King Johnny" who captioned it with a lengthy but largely unrelated rant about Monsanto, aspartame, and the Government of Canada, provides no evidence that:

Therefore this video cannot be used in support of the claim that Aquafina bottled water does not freeze. Similarly, there is no reason to taken it any more seriously than the numerous YouTube videos of Aquafina actually freezing.

To those who have taken the King Johnny video at face value, two contradictory hypotheses have been offered:

Neither explanation holds any water (or ice). Supercooled water exists in a liquid state below the freezing point of water, something that can occur if water contains no impurities and is cooled slowly without disturbance:

The phenomenon occurs in pure, undisturbed substances which are slowly cooled below the normal freezing (or melting) point. So long as no atoms or molecules join to form a solid nucleus, the sample remains liquid. Once a solid forms [for example, an ice crystal], though, it spreads rapidly through the sample.

As Aquafina (and other bottled water) is heavily filtered to remove impurities, it is possible that an unopened, slowly cooled, and undisturbed bottle of water could remain liquid below freezing. Indeed this fact has created a popular genre of YouTube videos showing seemingly magic people instantly freezing bottled water by shaking or opening bottles that have been slowly cooled and left undisturbed or unopened.

Supercooled liquid does not work as an explanation for the King Johnny video, however, as the bottles were already opened and are therefore likely to contain contaminants necessary to serve as a nucleus for ice crystals.

The more paranoid explanation, that some nefarious chemical or chemicals have been added to Aquafina water, is equally problematic. Aquafina water is regularly tested, as are the sources from which it comes, and there is no evidence that it contains any more radioactivity than is expected of anything found in nature.

Conspiracy web site BeforeItsNews.com suggested that the chemical propylene glycol, which is used for a variety of purposes in processed food and drinks, and which has antifreeze properties, could be the cause Aquafina's purported inability to freeze. However, there is no evidence that the chemical is used in distilled water (none of its usual uses are relevant to the bottling process), and it would take a significant amount of the chemical — which imparts a sweet taste — to significantly lower the freezing point of a bottle of water.

Videos purporting to show Aquafina water not freezing as evidence of some chemical abnormality inherent to the beverage are scientifically suspect and impossible to verify. However, because Aquafina water does, in fact, freeze, we rank this claim as false.