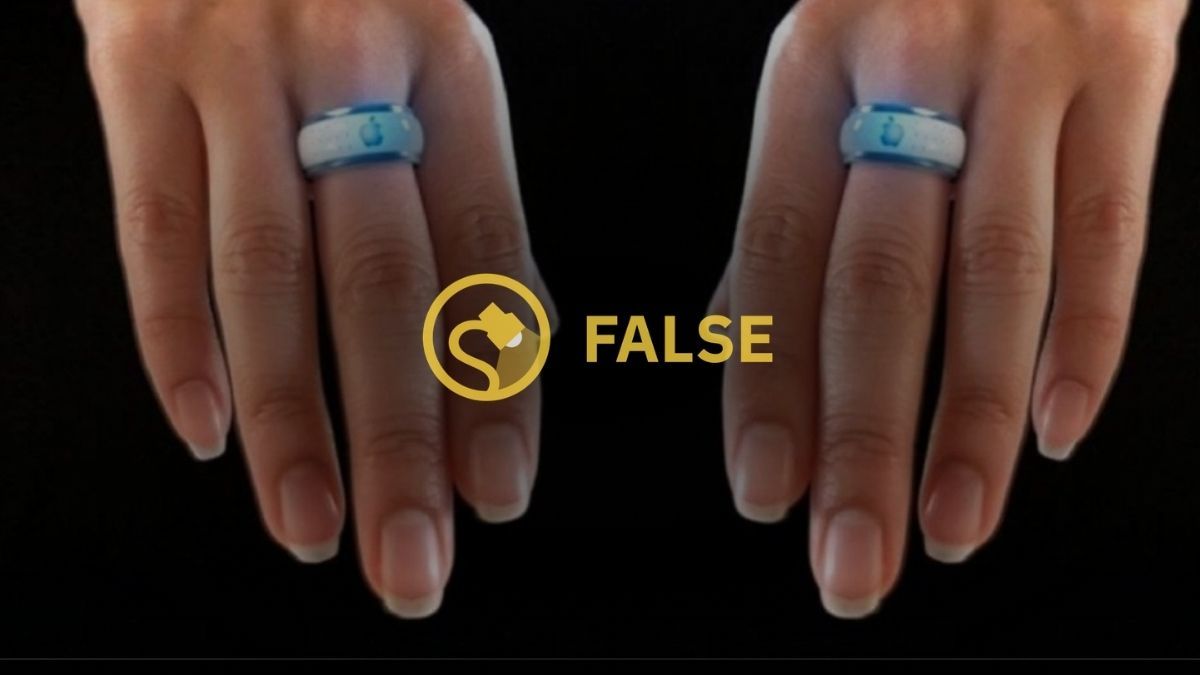 In February 2022, rumors started to circulate on social media that Apple was developing a smart wedding ring called "iRing" that would allow married couples to monitor their partners' whereabouts. Apple has not made any announcements about the development of a smart wedding ring. The above-displayed meme appears to be the combination of an old piece of satirical news and an older piece of concept art.

The image in this meme was created by product designer Emily Soto in 2007. The picture doesn't show a genuine Apple product, but a piece of concept art for a nonexistent product. Soto wrote on her Behance page that the original idea for this Bluetooth ring was that it would be able to control the "playback functionality" of Apple devices. The original concept page makes no mention of the ability to track down your marital partner.

This is an original Concept I made of a Ring that could control the Playback functionality of your iPod/iPhone device Wirelessly. Modeled in Max 9 and Rendered in Vray.

The viral 2022 meme appears to have also borrowed from a satirical article that was published in 2016 on the since-defunct website "fakingnews." That article claimed that Apple was developing a product called "iDo" that could signal your partner's mood by changing colors and remind you of important dates and anniversaries. The fictitious article also claimed that the iDo had a "Moral Messenger" feature that would alert partners about the other's immoral deeds.

While Apple is not developing a smart wedding ring, smart rings do exist. These rings tend to have various sensors that can monitor physical activity, sleep patterns, and heartbeats. Some can also be used for contactless payments. But we haven't found any smart rings on the market with a "moral messenger" feature.