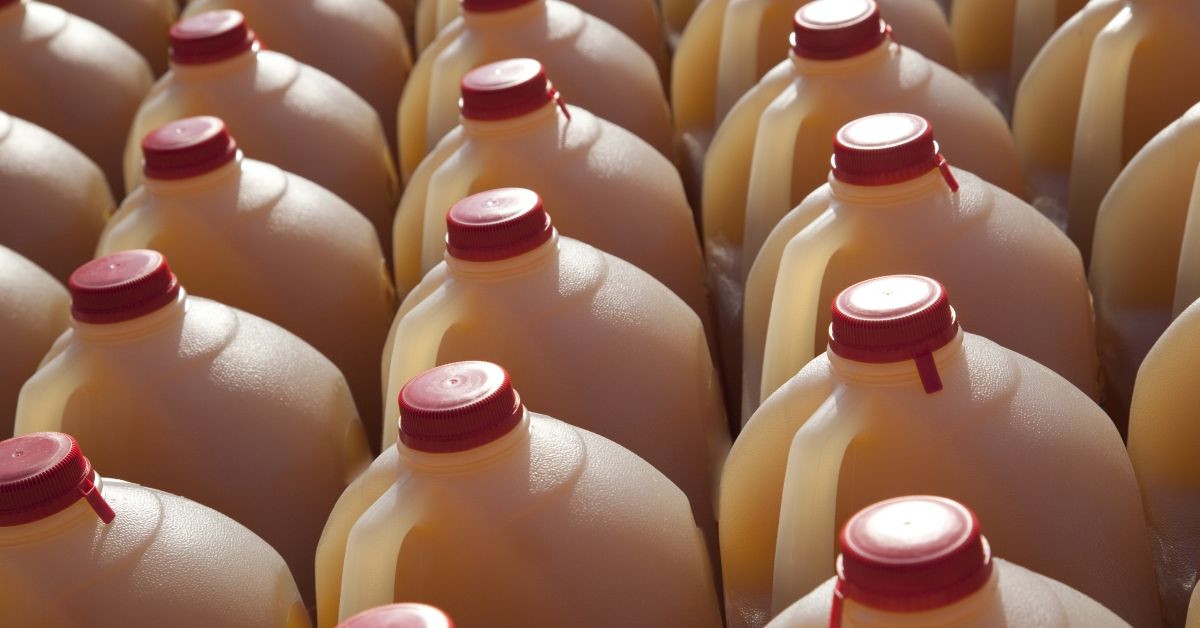 Let's get one thing out of the way: Nothing a man eats or drinks is going to affect the size of his penis, including apple juice. Absent surgery, there really isn't anything that can be done to change the size of a penis. The only evidence that exists on the internet in favor of this dubious assertion consists of two articles: One of them is a 2014 piece of satire published on the humor website Empire News; the other is a mind-numbingly unscientific piece of generic website copy written by a self-declared expert on penis enlargement and published in 2010.

For these reasons, some people on the internet were confused by a massive spike in two related Google searches — "how to make pp bigger" and "does apple juice make pp bigger" — in June 2020. The website Fatherly wrote a piece on the search trend, concluding that it had something to do with internet personality and YouTube star PewDiePie.

PewDiePie and his fans "seem to have adopted 'pp' as an inside joke," Fatherly wrote. "We are 100 percent out on the outside of this joke, and it’s very confusing as to why so many people using Google are." The trend was discussed more recently in a January 2021 piece in Mel Magazine.

Indeed, "pp" is a commonly used term in PewDiePie world. Further, memes referencing people performing Google searches for "how to make pp bigger" have been around since well before the related pp/apple juice claim entered the picture in June 2020. A December 2019 entry on the website Meme shows a December 2019 PewDiePie-inspired Google search meme for "how to make pp bigger": The answer, Snopes explains here, has its roots in problematic Google search results inspired by a viral video by a meme creator named "IGotSilver."

As Fatherly reported, searches for both “how to make your pp bigger” and "apple juice makes your pp bigger” peaked on Jun. 11, 2020. This search appears to have been a reaction to a viral video. That same day, a meme creator clearly referencing PewDiePie uploaded a video to YouTube titled "Does Size Matter?" The short video spliced together footage of a man asking several pornographic actresses about their views on penis size. The video ends with a man chugging apple juice after searching "how to make pp bigger" and receiving a Google "snippet" search result about apple juice having penile enhancement properties:

This video was shared to Reddit, and several copycat memes appear to have been created following the video's release, bringing further exposure to the claim that apple juice increases penis size. Unfortunately, the snippet of text highlighted by Google is not from any kind of peer-reviewed research or expert analysis. Instead, Google selected the snippet from a website named Ezine Articles that allows unpaid and unvetted contributors to upload articles in exchange for backlinks or exposure.

The article shown in the snippet — "Are There Foods to Eat to Get a Bigger and Fatter Penis Size?" was uploaded by a user named "Festus M Kofe" on Jun. 10 2010. Kofe has published several articles on penis enlargement (and also winning back lost lovers). The articles contain no scientific references or expert analysis. The article highlighted in the snippet, which ultimately directs readers to scam penis enhancement websites, is also comically inconsistent. "Truth is, there are no foods to eat to make your penis grow bigger and fatter," Kofe's article begins. Six paragraphs later, the text highlighted by Google appears: "Drinking apple juice daily can also help you to grow your penis size." Kofe, it bears repeating, got it right the first time.

As discussed in a January 2021 article in Mel Magazine, there is one other commonly cited "study" regarding the efficacy of apple juice for penile enhancement. An October 2014 article on a website named Empire News claimed the existence of a "Boston University study" that demonstrated an increase in penis length from drinking apple juice. "Obviously our test subjects were very pleased with their personal growth and newly discovered, unprecedented orgasms," a professor allegedly commented in response to the findings. Unfortunately for those looking for a quick penile boost, Empire News is a satirical website. The study, the professor, and the journal in which the study was allegedly published are all nonexistent.

Because there is no scientific support for the claim, and because it has its origins in clickbait and fake news rebranded as internet meme comedy, we rank the claim that apple juice increases your penis size as "False."