Did Apple Block Directions to US Capitol?

The theory is belied by the fact that Apple Maps provides directions to Washington, D.C. 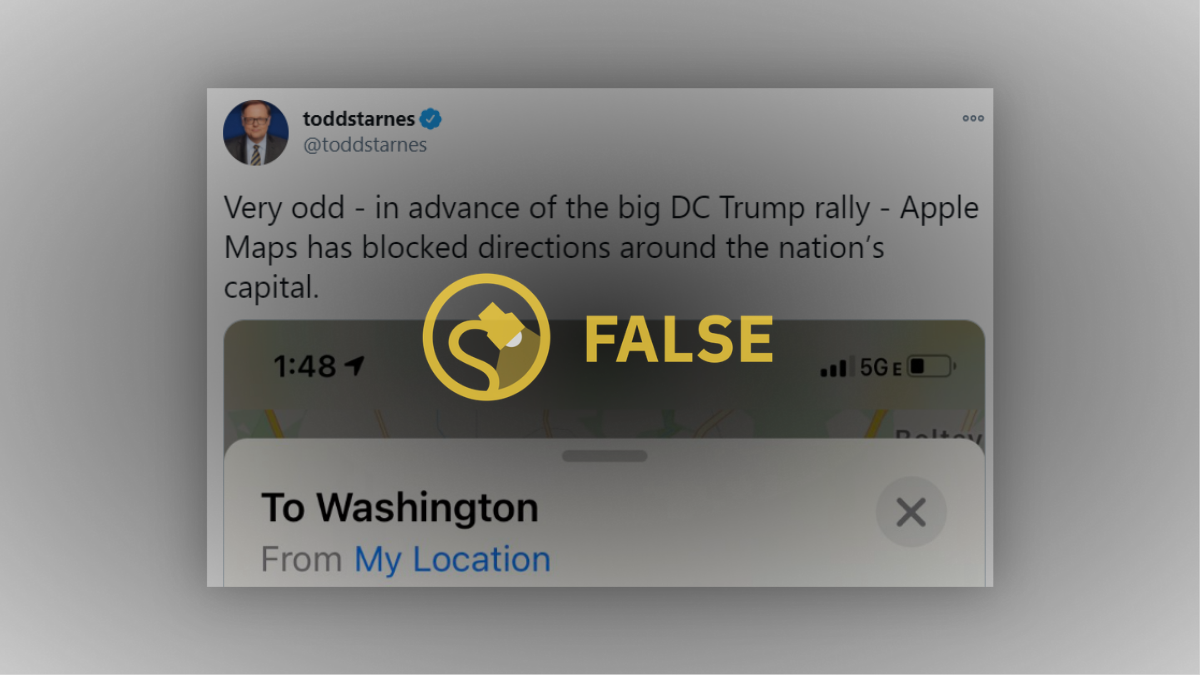 Claim:
Apple disabled directions to Washington, D.C., in preparation for Jan. 6 protests against the certification of the 2020 presidential election.
Rating:

On Jan. 5, 2021, several pro-Trump pundits began tweeting a rumor that Apple disabled their iPhone's map application from providing directions to Washington, D.C., implying it was an attempt by the company to suppress participation in protests planned to coincide with Congressional certification of the 2020 U.S. presidential election: We reached out to Apple on Twitter, but have not yet received a response to our inquiry about this rumor.

Regardless, there is no evidence that the screenshots, if authentic, represent anything other than a bug or user error.

Stephanie Hamill, an OANN host, tweeted that "it’s now working" an hour after claiming Apple maps was blocking her from getting directions to D.C., for example. That the issue corrected itself suggests no intent on the part of Apple to block information due to the protests.

At the time of this reporting, a day later, we have had no problem getting directions to the nation's capital with Apple Maps, even as a curfew descends on the city following an unprecedented riot that saw members of Congress evacuated from their chambers.

If the notifications shown in these tweets are genuine, one potential explanation is that the pin location used is placed on, or defaulted to, one of the many roads closed in anticipation of the protests. If so, such a bug appears to have resolved itself by 4:43 p.m. EST on Jan 5. 2021, well before the protests began. As such, we rank the claim "False."