AOC Did Not Say 'I Don't Need Truckers, I Get My Food from the Grocery Store' 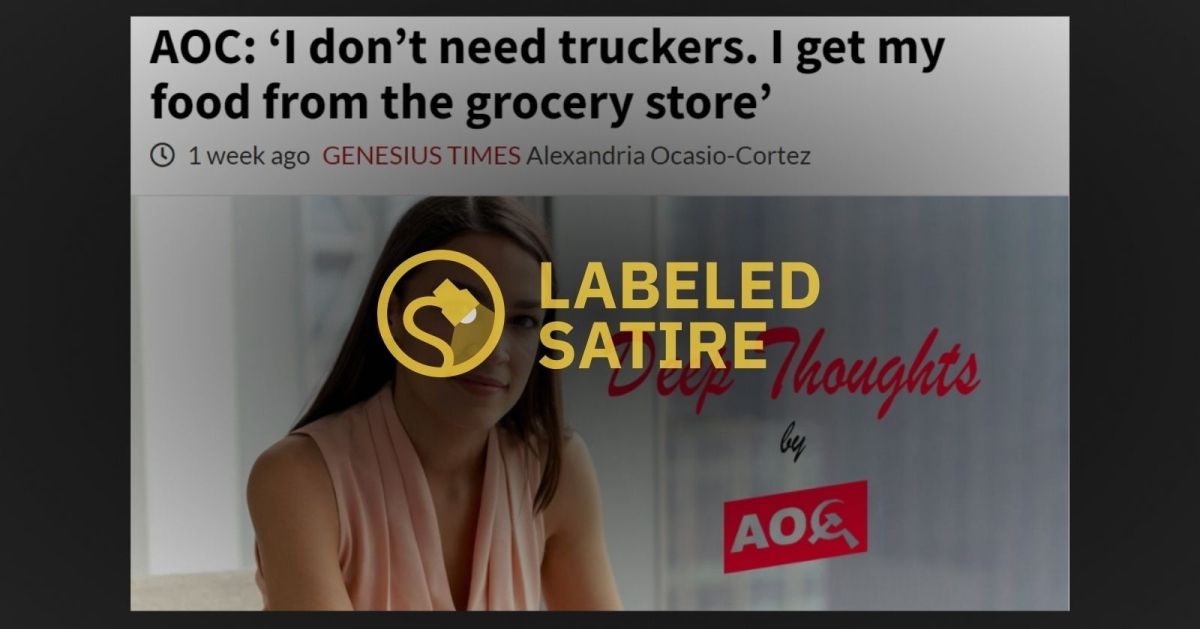 Claim:
Congresswoman Alexandria Ocasio-Cortez said "I don't need truckers. I get my food from the grocery store."
Rating:

In February 2022, as a trucker protest against COVID-19 vaccination requirements clogged roads in Canada, a quote ostensibly uttered by U.S. Rep. Alexandria Ocasio-Cortez was circulated on social media. AOC supposedly said: "I don't need truckers. I get my food from the grocery store." This is not a genuine quote from Ocasio-Cortez. This is a screenshot of a satirical article that was published on the website Genesius Times. This website bills itself as "the most reliable source of fake news on the planet" and states that it provides "the most up-to-date, accurate fake news on the Internet."

It's worth noting that this satirical article is simply a regurgitated version of a previously existing piece of political disinformation. In 2018, forums dedicated to the right-wing conspiracy theory QAnon started attributing a similar quote ("we don't need farmers, we have stores") to various liberal politicians in an attempt to smear them. Canadian Prime Minister Justin Trudeau, Democratic politician Stacey Abrams, and, unsurprisingly, AOC were all falsely accused of saying this. While this quote has been used in recent years in attempts to smear politicians, its origins stretch back decades. We found iterations of the quote stretching back to the 1970s. In most cases, the statement (or a near verbatim copy of it) appeared in articles about the disconnect between rural and urban communities. Here's a newspaper clipping from 1988: 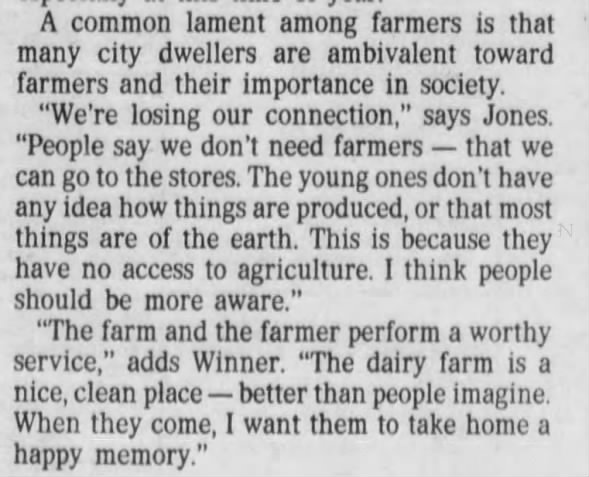 “AOC: ‘I Don’t Need Truckers. I Get My Food from the Grocery Store’ • Genesius Times.” Genesius Times, 1 Feb. 2022, https://genesiustimes.com/aoc-i-dont-need-truckers-i-get-my-food-from-the-grocery-store/.