A fake quote from a junk news article was widely circulated as if it were genuine. 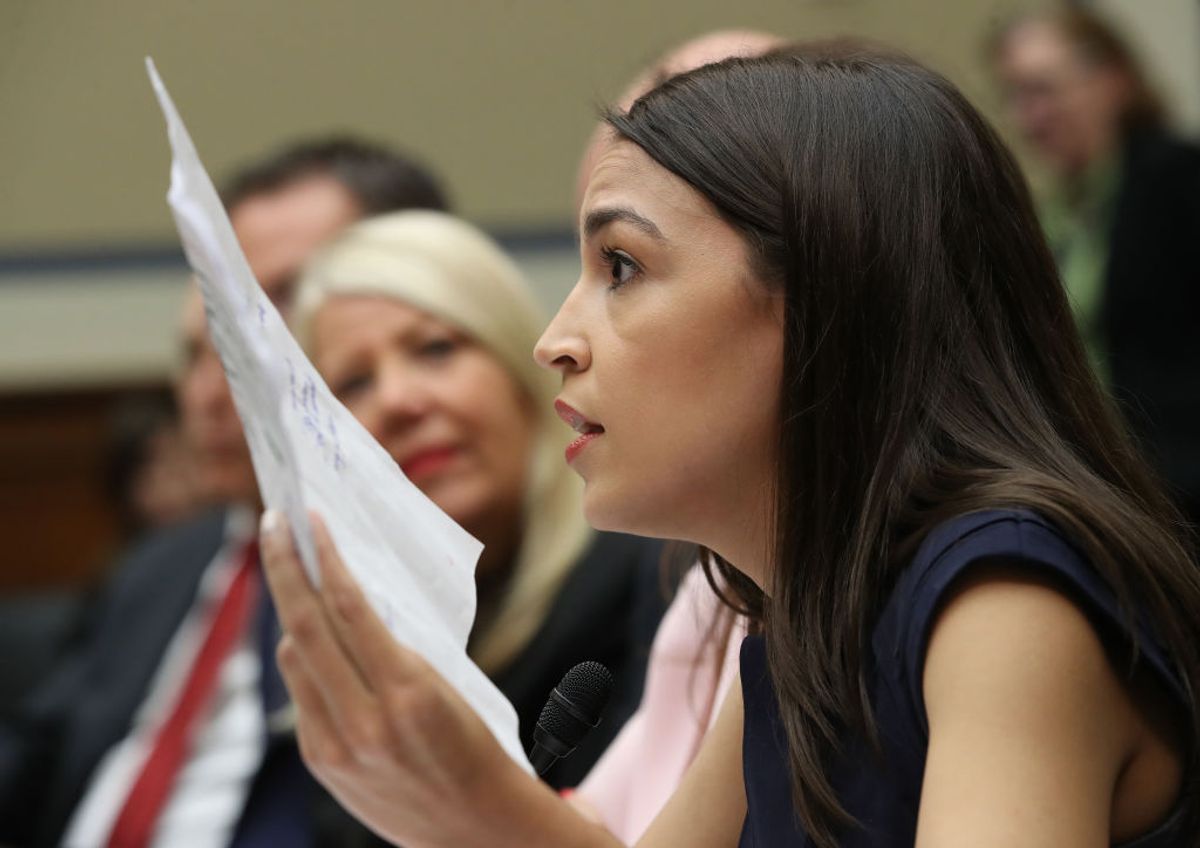 On July 12, 2019, dozens of social media accounts on Facebook and Twitter started to spread a fake quote ostensibly uttered by U.S. Rep. Alexandria Ocasio-Cortez about how "private truck drivers are destroying America": "Private truck drivers are destroying America. They get like 4 miles to the gallon, they think they own the road and they throw bottles of pee out their windows so they can keep driving. Its a barbaric industry. Trucks should all be government regulated and drivers should be on full-time camera until we can figure out how to automate our shipping and do way with them altogether.

This is not a genuine quote from the congresswoman.

This quote originated with a junk news article published on Bustatroll.org, one of many websites in the America's Last Line of Defense network of junk news websites, in May 2019. The original article featured a "satire" tag over the main image and was filed under the category "AOC horror stories, Fan Fiction." The website also carries a disclaimer explaining that "Bustatroll.org is a subsidiary of the 'America’s Last Line of Defense' network of parody, satire, and tomfoolery, or as Snopes calls it: Junk News."

While this quote originated with a clearly marked satire article, many social media users encountered it in the above-displayed meme form where it was presented without indications of its satirical origins. In fact, many social media users falsely presented this quote as if it were genuine, sharing it with captions such as, "Hey Truck Drivers. This is what AOC thinks of you" and "This is not satire. This is a direct quote ..."