Did U.S. Reps. Ocasio-Cortez and Ilhan Omar Praise the Destruction of Notre Dame?

The newly elected members of the U.S. House of Representatives are frequent targets of partisan misinformation. 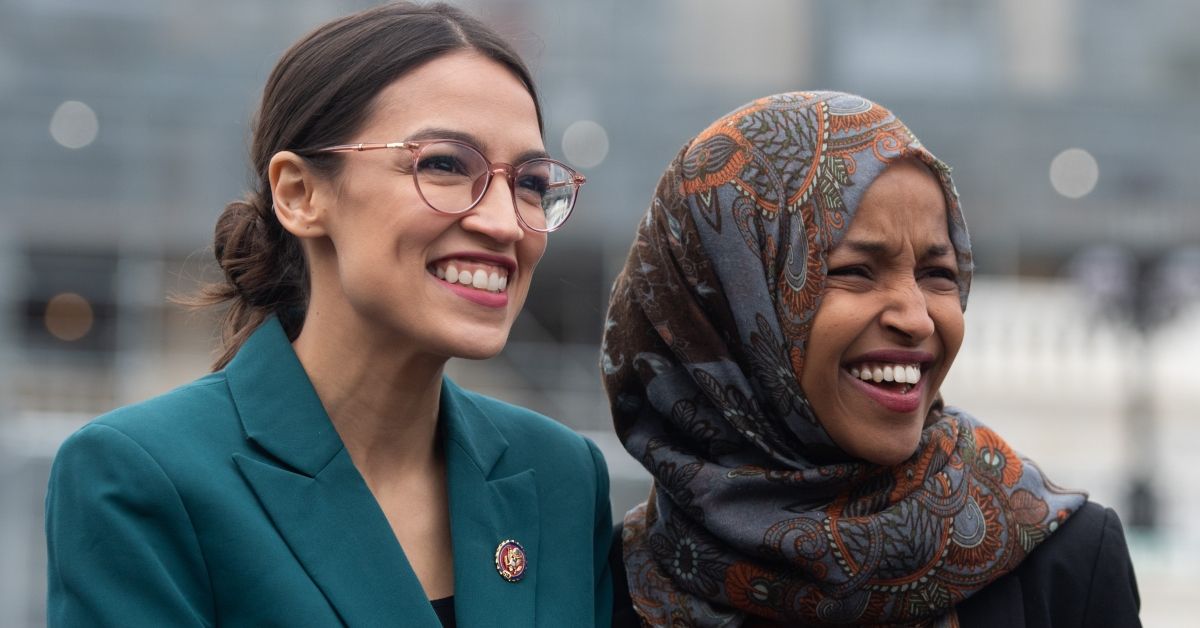 Claim:
U.S. Congresswomen Alexandria Ocasio-Cortez and Ilhan Omar praised the destruction of Notre Dame cathedral in a fire that broke out in April 2019.
Rating:

On 16 April 2019, one day after a fire broke out in the Notre Dame cathedral that caused severe damage to the 800-year-old building, the Daily World Update website published an article reporting that freshmen U.S. House Reps. Alexandria Ocasio-Cortez and Ilhan Omar had "praised" the destruction of the Paris landmark:

The two women who have turned Congress into a circus were caught laughing and joking while the Notre Dame Cathedral burned yesterday, ultimately praising the destruction of the building in comments to the media. According to our reporter in the field, Bluto Larst:

“AOC and Omar were sitting on a couch in a resting area just laughing it up and having a good time. We approached them and asked them what they were laughing at. They said something about an unrelated issue and then pretended they hadn’t heard about the church. They both scurried away to ‘find out what happened.’

I caught up with them later and AOC said, “Maybe they should consider that…God has other plans sometimes and that the site…would make a lovely park.

Omar said she’s glad the Catholics are ‘paying for their coverups.’ She said as a Muslim, she is ‘relieved’ that no Muslamics were hurt.”

We note that "Muslamic" is a derogatory epithet sometimes used by Islamophobes in verbal attacks against Muslims. That Rep. Ilhan Omar, herself a Muslim, is quoted as using the word is a clear indication that the story is a fabrication. A tweet issued by Omar on the day of the Notre Dame fire conveyed an entirely different message:

Art and architecture have a unique ability to help us connect across our differences and bring people together in important ways. Thinking of the people of Paris and praying for every first responder trying to save this wonder.

Daily World Update is part of a junk news network that publishes misinformation aimed at generating partisan outrage under the guise of "satire." A disclaimer on the site states unambiguously that "Everything on this website is fiction."

Unfortunately, social media posts in which content from such websites is shared carry no such disclaimer and are all-too-often believed by indiscriminating readers.