Was AOC Fined a Year's Salary for Skipping the February 2020 SOTU? 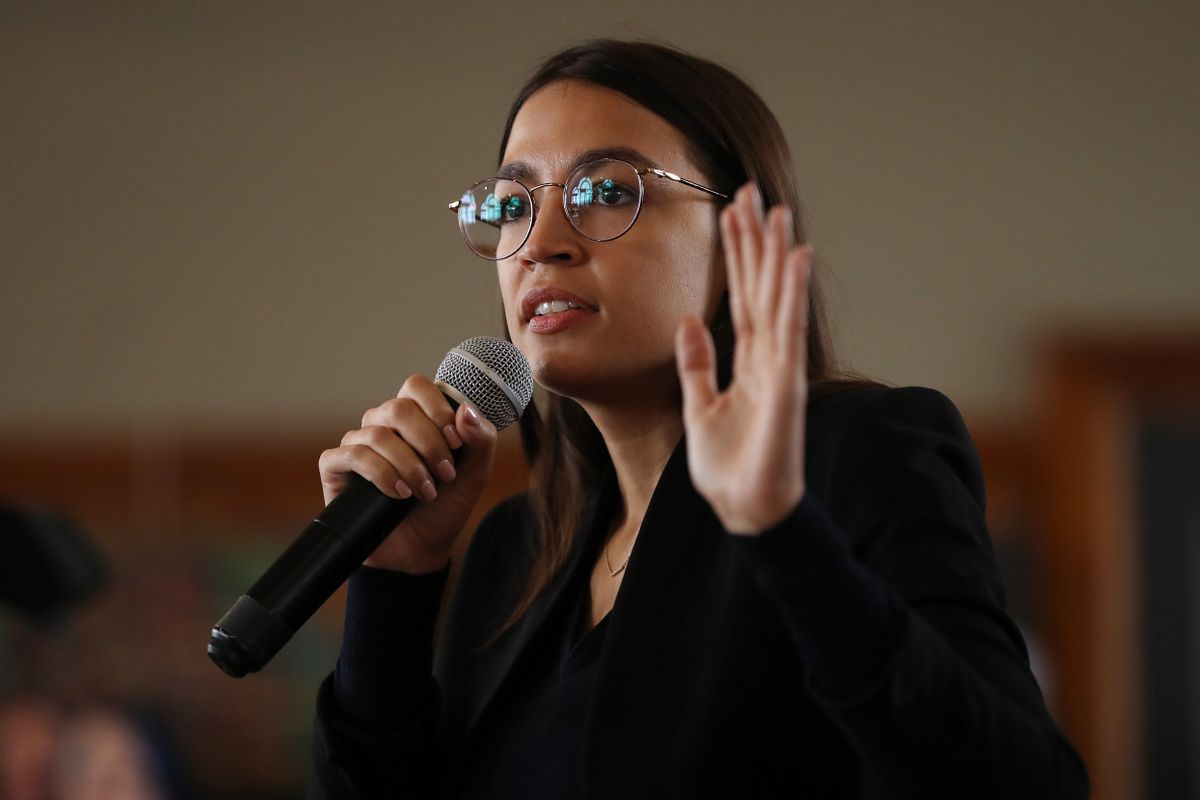 Claim:
U.S. Rep. Alexandria Ocasio-Cortez was fined a year's salary for not attending the Feb. 4, 2020, State of the Union address.
Rating:

On Feb. 5, 2020, the Potatriots United website published an article positing that U.S. Rep. Alexandria Ocasio-Cortez had been fined a year's salary by Senate Majority Leader Mitch McConnell for not attending the "mandatory" State of the Union address the day before:

The United States Constitution is clear about the State of the Union Address. It’s a requirement that the President deliver it, and a requirement that all of Congress attend, unless they have a verifiable illness or emergency. Alexandria Ocasio-Cortisone broke the law when she decided to skip the speech to make a political statement.

The rules set forth by the 103rd Congress make clear that anyone willfully skipping the President’s speech will be reprimanded by the Senate Majority Leader and fined up to one year’s salary for their crime. McConnell made the decision this morning to fine her the full amount.