No, AOC and Ilhan Omar Aren't Banning the Pledge of Allegiance 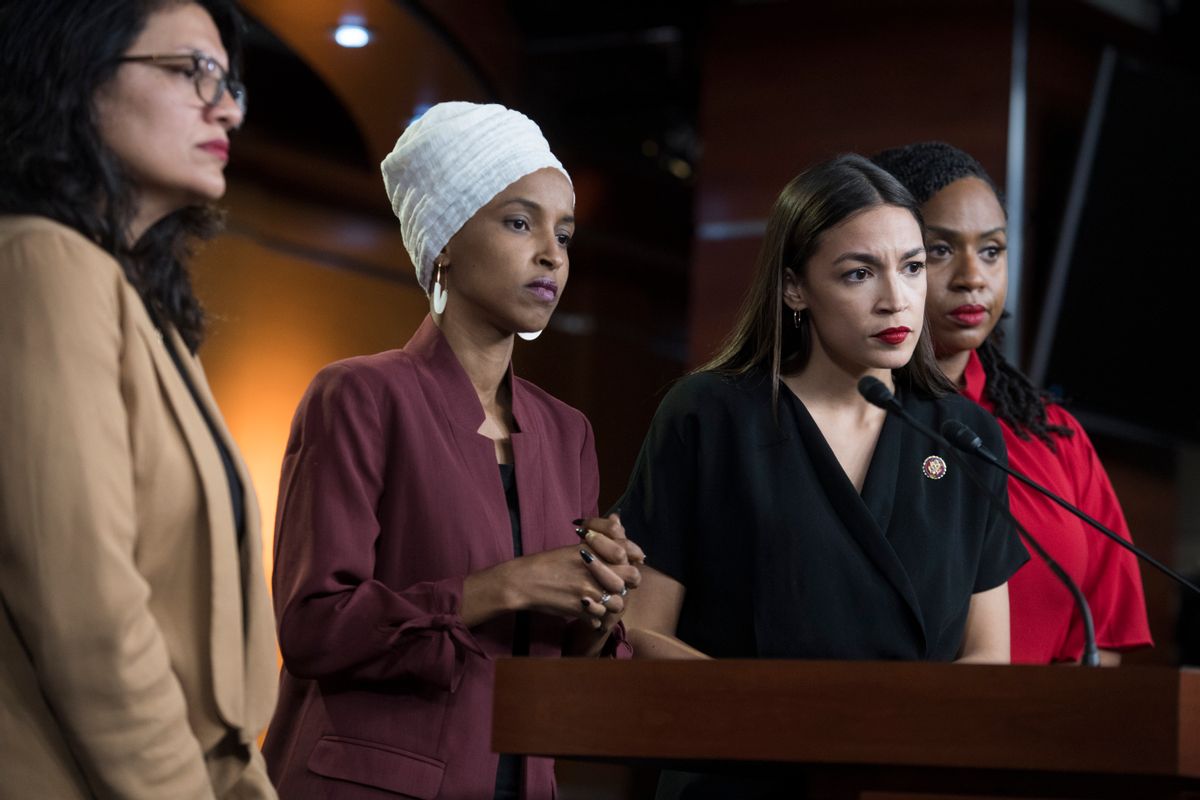 Claim:
U.S. Reps. Alexandria Ocasio-Cortez and Ilhan Omar are teaming up to ban the Pledge of Allegiance.
Rating:

On Feb. 15, 2021, the Facebook page for America's Last Line of Defense shared a misleading news story. Its headline read: "AOC & Ilhan Omar Team Up to Ban the Pledge of Allegiance." The article appeared to have been originally published on March 8, 2020:

Everyone knows that patriotism in America is at an all-time high, thanks solely to President and Dear Leader Donald Jacknut Trump. In a desperate attempt to tamp down the fervor of red-blooded American patriots who revere symbols and traditions more than the values they embody, Representatives Alexandria Ocasio-Cortez (Socialist of New York) and Ilhan Omar (anti-American immigrant, now of Minnesota) are teaming up to ban our sacred Pledge of Allegiance.

Yes, patriots, they’re coming for our Pledge of Allegiance.

Ilhan Omar said she only pretended to recite the Pledge when she became a United States citizen, knowing that 17 years later, she’d be elected to the US House of Representatives and have the chance to ban the Pledge.

She now admits that instead of reciting the Pledge, she mouthed the words to her native country’s national anthem and crossed her fingers behind her back, making her naturalization ceremony completely bogus and unenforceable.

Alexandra Octavia-Cortisone, on the other hand, claims to be a United States citizen, despite having a foreign-sounding name. She said, however, that after failing to remove the words “under God” from the Pledge of Allegiance, she decided to go for an outright ban.