Plenty of outrage, but very little evidence, surrounded a widely shared meme in the summer of 2020. 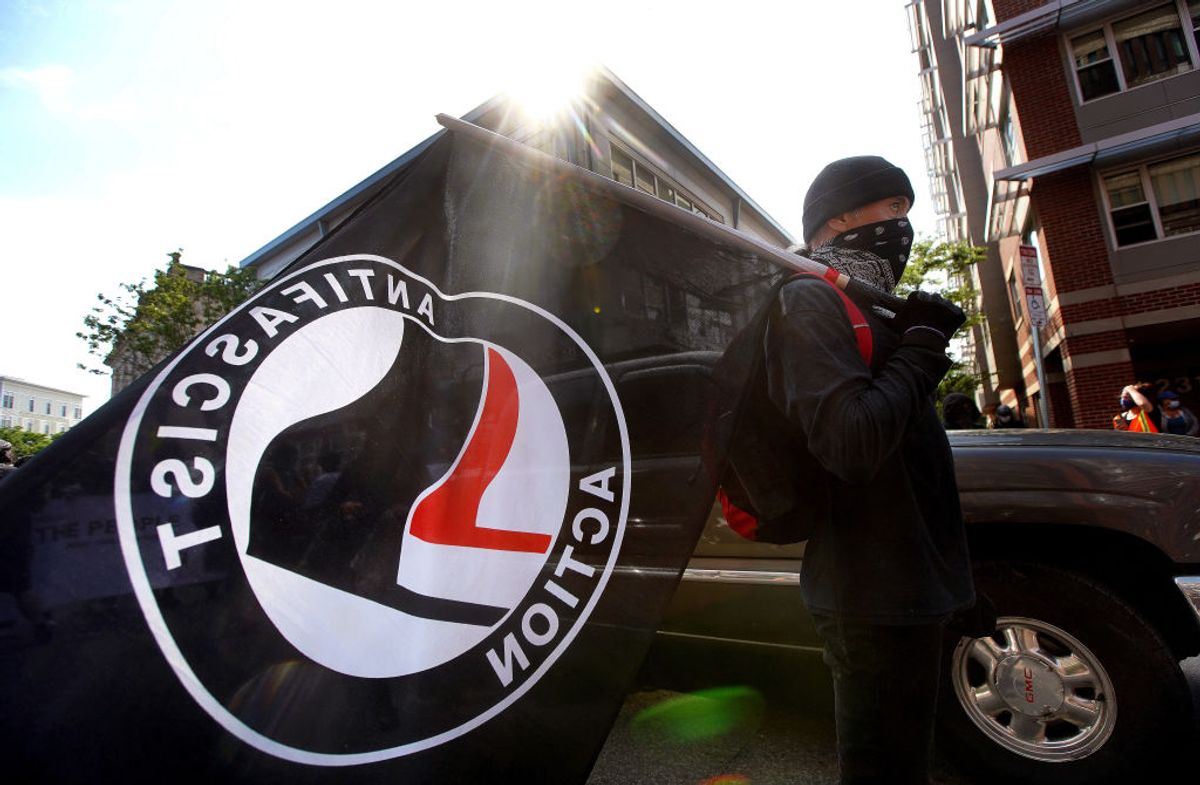 In the summer of 2020, Snopes readers sent us multiple requests to examine the accuracy of a meme shared widely on social media that purported to show the mugshots of 20 individuals allegedly arrested in Portland, Oregon. The meme described the individuals in the mugshots as "Antifa members" and claimed 13 out of the 20 were "teachers in public schools across the country."

The meme began to be shared widely on Twitter in late July, with former New York City Police Commissioner Bernie Kerik adding on Twitter that, "If you're wondering why your children return from school as radical leftists, here's your answer."

Although the meme itself did not feature a date, it's clear from the manner in which it was promoted online — and the fact that we could not find any instance of it before 2020 — that it gave readers the unambiguous impression that the arrests took place in the context of long-running protests in Portland during that summer.

Those protests against racial injustice and police brutality, sparked by the death of George Floyd, a black man who died in police custody in Minneapolis in May, sharply escalated, and became the subject of nationwide scrutiny, after the arrival of federal troops into Portland.

The earliest iteration of the meme that we could find was published on Facebook on July 17 by the self-described "conservative blog" American Conservative Voice. It shows 20 mugshots, some marked with white "Xs," and the following caption: "Mugshots of Antifa members arrested in Portland. I've placed a white 'X' on the photos of those who are teachers in public schools across the country."

The meme, and the manner of its promotion, was inaccurate and misleading in some key ways. Firstly, despite being shared for the first time in July 2020 and giving readers the clear impression those shown in the gallery were arrested in connection with recent protests, the mugshots actually related to arrests made more than three years earlier.

Portland police arrested 25 individuals on May 1, 2017, after clashes took place during a largely peaceful protest to mark International Workers' Day (May Day). A police department news release from that time listed the names of those arrested, and included a gallery of 22 booking photographs — clearly the same image used as the basis of the July 2020 meme. (Three of those arrested were minors, so the gallery did not include any booking photographs of them). In August 2017, the same gallery of mugshots was falsely presented online as showing a number of "Antifa" activists arrested during counter-protests against a white nationalist rally in Charlottesville, Virginia.

A spokesperson for Portland Public Schools had checked employment records dating back 20 years and told Snopes not one of the individuals arrested in May 2017 had worked in the Portland public school system during that time. We also submitted the list of names to more than 20 other school districts located in and around the city. Of those, 13 did not respond in time for publication, four told Snopes that nobody on the list had ever worked at their schools, two said none of them worked there now. One said none of those arrested had been employed in the school district since May 2017.

Not one school district identified any of the individuals arrested in May 2017 as a public school teacher, a significant absence since we found evidence that some of the individuals in question have lived in the Portland area for several years.

The name and physical appearance of one of the individuals arrested in May 2017 matched the name and physical appearance of a person who began working in a public school district in Oregon in 2019. That person was not employed as a teacher. A spokesperson for the school district in question did not confirm or deny that the employee was the same individual arrested in May 2017, but told Snopes, "Cases such as this are handled individually based on the nature of the incident, whether or not it results in lost time at work, whether or not there is a nexus between the staff member’s job duties and their behavior, etc. ..."

Unclear is where the creators of the meme supposedly discovered the professions of each of the protesters. We checked news reports about the May Day protests, and found that no reports mentioned the jobs or professional backgrounds of any of those arrested. We also performed background checks on each of the 22 adults listed in the May 2017 police news release. In some cases, no reliable information was available about their work history, and in other cases, we found details of work history that did not include employment at public schools.

Although not definitive proof, other factors pointed toward the meme being the result of a fabrication, rather than being based on closely guarded, otherwise-inaccessible insider information.

For example, one of the booking photographs marked with an "X" (signifying the arrested person was a public school teacher) related to an individual who, according to Oregon court records, has had a complex criminal history both before and since May 2017, including convictions for sexual abuse and possession of a controlled substance. That person's Facebook page revealed a recent history of imprisonment, unemployment, and low-skilled retail employment. It seems unlikely that that individual would pass a criminal background check or have the professional experience required for a position as a public school teacher.

In three other instances, a booking photograph marked with an "X" corresponded to three individuals who were roughly 18 or 19 years old in May 2017, meaning they were highly unlikely to have obtained a bachelor's degree and a teaching certification at that time.

The meme's identification of 13 individuals as "teachers in public schools" was very likely bogus. However, sufficient evidence was not available to rule out the possibility that some of those photographed had worked as public school teachers for a time, especially outside the Portland area. As a result, we are issuing a rating of "Unproven." If we obtain evidence that disproves that theory, we will update this fact check accordingly.