Did 'Antifa America' Threaten to 'Take What's Ours' from the Suburbs?

A tweet posted amid nationwide protests and riots over the in-custody death of George Floyd caused panic. But it was a hoax. 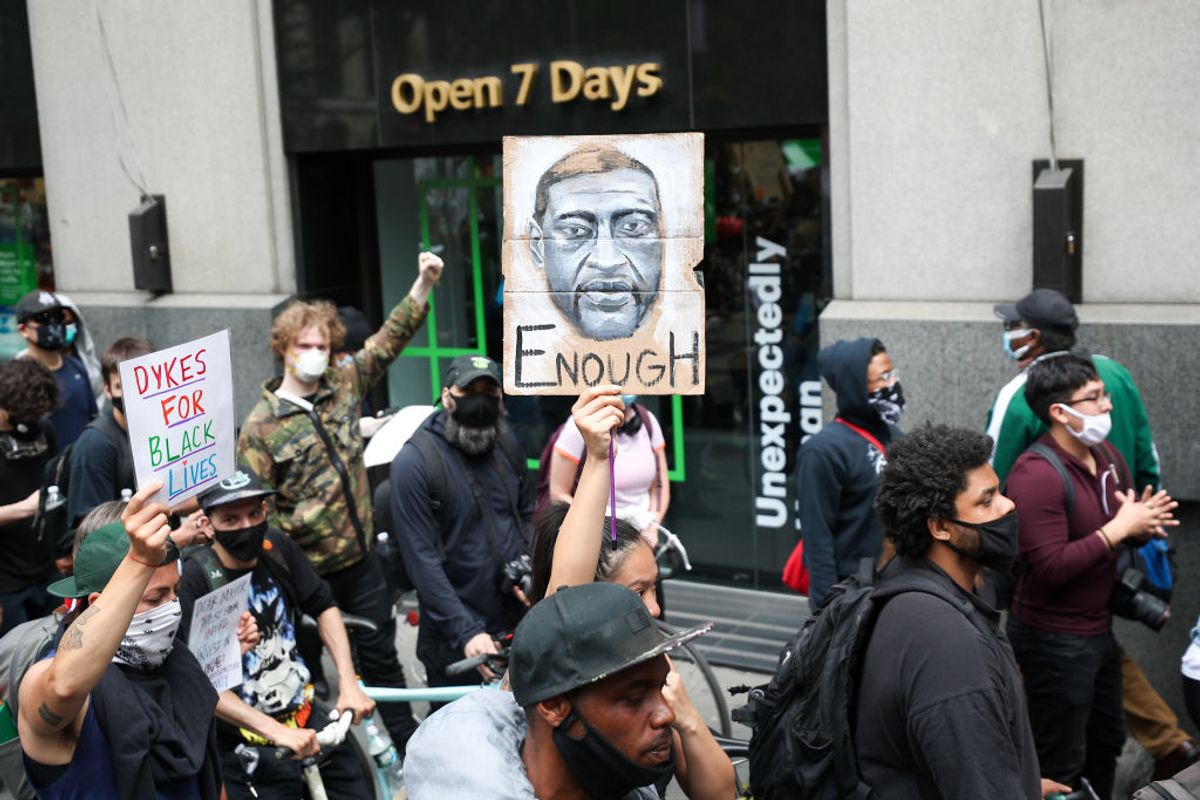 Claim:
A group calling itself "Antifa America" threatened to "take what's ours" from the suburbs in May 2020 after rioting in the nation's major cities in protest of the death of a black man in police custody.
Rating:

In late May 2020, social media users began sharing a tweet posted by an account called "Antifa America" (with the handle @Antifa_US) that stated "tonight's the night" to riot in white neighborhoods.

The tweet appeared to play on nationwide protests and riots over the death of George Floyd, an unarmed African American man whose in-custody death was captured in a viral video. The video shows former Minneapolis police officer Derek Chauvin pinning Floyd to the ground with his knee planted on Floyd's neck until Floyd lost consciousness. The Twitter account that posted the above message was removed by Twitter, but not before the tweet went viral, even getting picked up by the right-leaning RedState blog and causing panic. A Twitter spokesperson told NBC News that the tweet was a hoax perpetrated by Identity Evropa, a white supremacist organization (hence the "IE" in the account's logo.)

The Twitter account was created in May 2020, and an archived version of the account indicates the only tweets posted to it were on or around May 31, 2020, and seemed geared toward inflaming as much as possible. "Unfollow if you're not in the streets destroying the system," one tweet read. Another stated, "We're coming for you, Fascists, America is ours."

Although the hoax perpetrators portrayed the account as belonging to a national-level, antifa group, anti-fascist activists don't have any such overarching umbrella organization. As The New York Times reported:

It is impossible to know how many people count themselves as members. Its followers acknowledge that the movement is secretive, has no official leaders and is organized into autonomous local cells. It is also only one in a constellation of activist movements that have come together in the past few years to oppose the far right.

Because the account that tweeted the message was a hoax and was created by white supremacists to incite chaos and potentially violence amid an ongoing civil rights issue, we rate this claim "False."

Bogel-Burroughs, Nicholas and Sandra E. Garcia. "What Is Antifa, the Movement Trump Wants to Declare a Terror Group?"   The New York Times. 1 June 2020.