Did an Anti-War Protester in Moscow Display Apologetic Sign?

While sharing a viral photograph of a protester, some claimed it was taken during a demonstration in Moscow. 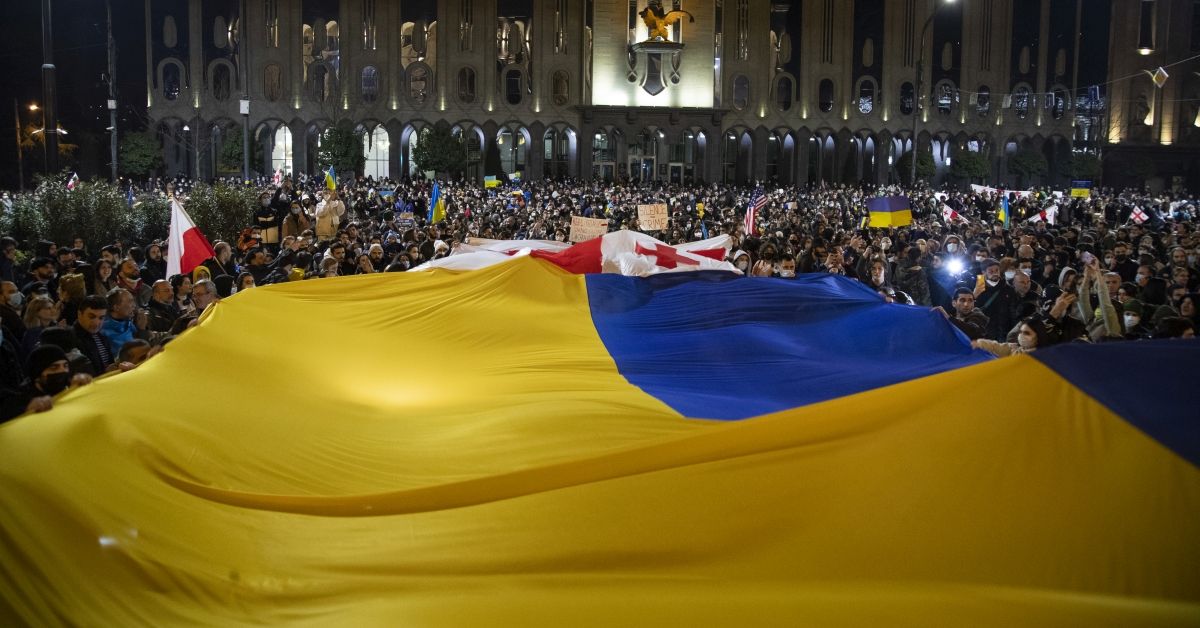 Claim:
A man in Moscow protesting the invasion of Ukraine carried a sign that read, "I'm Russian, sorry for that."
Rating:

Shortly after Russia invaded Ukraine, protesters took to the streets in various cities around the world to express their opposition to the outbreak of violence.

Thousands of protesters even took to the streets in Russia. The British news outlet The Guardian reported that as of Feb. 25, 2022, 1,800 Russians had been arrested protesting the war, and some faced professional retaliation as a result.

One image in particular went viral around the world. Some characterized it as depicting a man attending a protest in Moscow while holding a sign that said, in English: "I'm Russian, sorry for that." "'I Am Russian, Sorry For That': Hundreds In Moscow Take To Streets To Protest Against Putin’s Move, Detained," a headline from India.com read.

The image was tweeted with no comment by Radek Sikorski, chairman of the European Parliament:

The photograph is real, and the man was attending a protest against the Russian invasion of Ukraine. However, the protest didn't take place in Moscow, or even in Russia. The man was photographed at a demonstration in Tblisi, the capital city of Georgia, a country that shares a border with southern Russia.

Journalist Jamie Fullerton posted another picture of the man, this time accompanied by two other protesters carrying the same sign. Fullerton said the protest took place outside Georgia's parliament building on the night of the Russian invasion: