The Tale of the Anonymous Test Taker

Perhaps this exam proctor should have placed finished exams a bit farther out of reach. 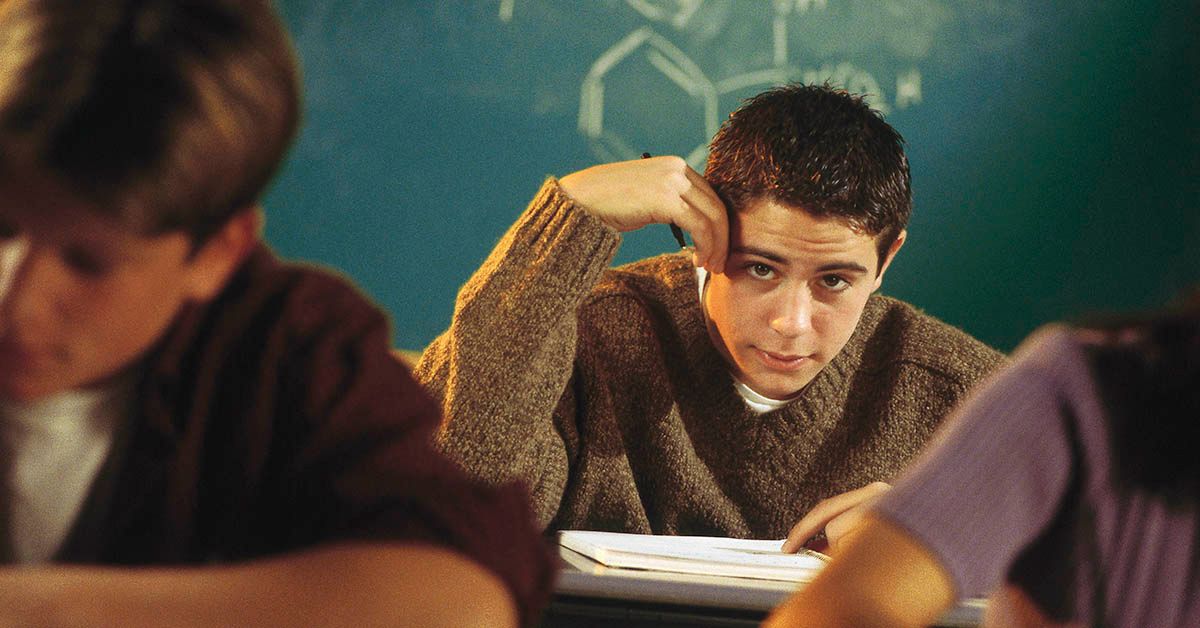 Claim:
An anonymous student caught working on an exam after time has been called shoves his blue book into the stack and runs away.
Rating:

The idea of showing up an authoritative figure with a remark or a trick has long been a satisfying device employed in literature. Take this case of a student and his "extremely difficult professor."

"A chemistry professor at UCLA is conducting a final exam. He is an extremely difficult professor, and a bit of an S.O.B. He has told his students that all writing must stop when he calls time -- anyone who doesn't stop will automatically fail the exam. The class is in a large auditorium and is required for all chemistry, biology, etc. students. At the end all the students except one finish as instructed. The one student keeps writing furiously for 30 seconds or so until he is stopped by the professor, who tells him he has failed the exam.

(ThoughtCo defines a blue book as "literally a book with about 20 lined pages that college, graduate, and sometimes high school students use to answer test questions.")

A different variation of the tale has the exam proctor telling the student that he'll "probably flunk" for continuing to write after time was called:

"At the close of the final exam, the proctor announced time was up and directed the students to turn their blue books in. One student, hastening to finish a thought, kept scribbling. Finishing, he rushed to the front of the room and handed in his exam book, one of the last to do so.

The proctor said, 'I won't accept this,' and the flabbergasted student asked why. 'I told everyone to stop and you kept on going. I can't accept it.'

The student was aghast. 'What'll happen then?'

With that, the student drew himself up proudly and asked, 'Do you know who I am?'

Unimpressed, the proctor answered, 'No.'

The student replied, 'Good,' and jammed his blue book into the center of the pile on the desk."

A third version of the legend involves a classroom where a student did not engage in a form of cheating, but forgot to bring the student ID card required to turn in a finished exam:

"When you turn in an exam in a large lecture class, you are usually required to show your student ID card to the proctor to prove that it's you who took the test, not a 'ringer.' Well, legend has it that a certain student forgot to take his ID card to an exam. He knew that the proctor wouldn't accept his completed exam without his ID card. So when he finished the exam, he went up to the proctor.

'Good,' responded the student, who proceeded to grab the stack of completed exams, put his on top, and throw them up into the air, scattering them all over the front of the lecture hall."

In some variations of the story, the student has to hide his identity because he's been caught cheating (usually by illicitly using notes). Other versions feature a ringer (a student paid to take the test on behalf of someone else) who obscures his identity when caught to cover for the student who hired him. Yet another story of the same tale has a professor giving the exam who can't identify the cheating student because the class is very large, and he therefore doesn't know every student by sight. Finally, another variation has the test being given by a proctor who isn't familiar with any of the test-takers.

This is one of two common collegiate legends along with the The Tale of the Bird Foot Exam, whose key element is the anonymity of students to their instructors. In this tale, as author Simon J. Bronner says, "the cheater in essence punishes the teacher for his lack of attention in such a large class."

This story has often been told as a joke, set in situations (such as the military) where a superior has authority over a large number of faceless underlings, or any situation involving a large gathering of people. One example of the latter is the following, from a 1950 joke book:

"There was a dinner for the new governor. The grizzled old county chairman, who had never seen the new boss, turned to the lady next to him. 'Don't tell me that mug is the governor?'

'I think you're impudent and crude,' she said icily. 'Do you know who I am?'

The county leader shook his head.

'I am the governor's wife.'

His recovery was instant. 'Do you know who I am?'

A dramatization of this legend was used in an advertisement for Instant Kiwi, part of the lottery games in New Zealand:

It also appears in the 2002 film Slackers: