Anonymous-linked social media accounts claimed to have discovered prominent politicians in the ranks of the Ku Klux Klan, but they didn't release any confirming information. 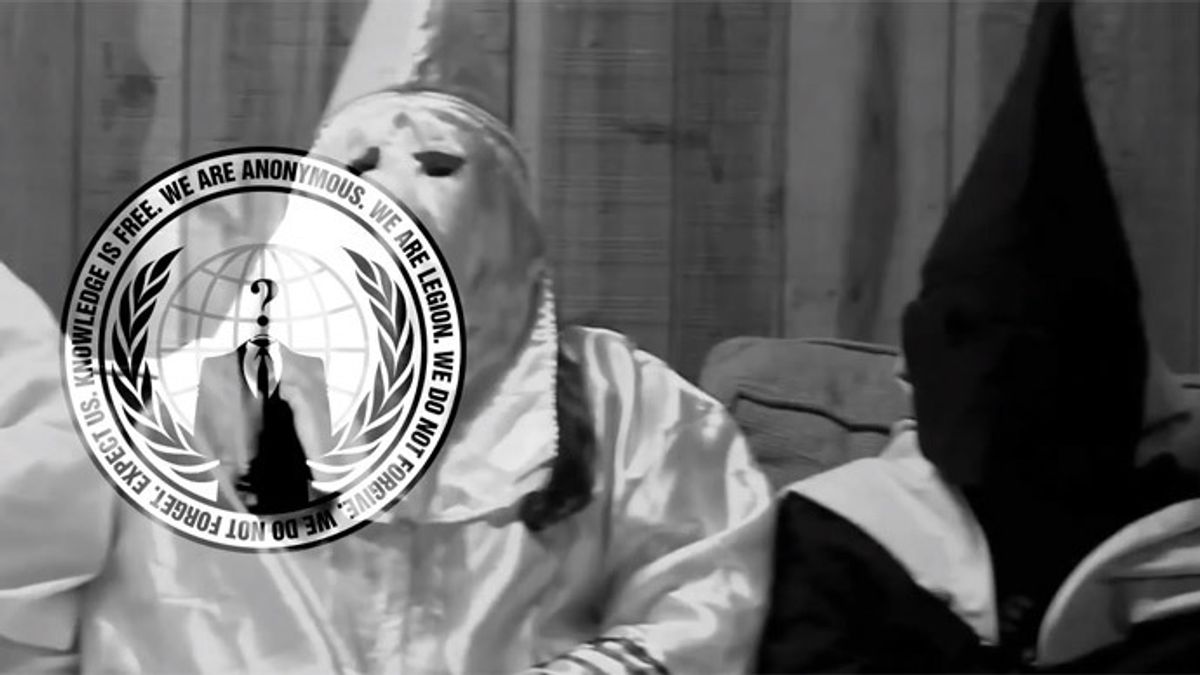 Anonymous has not released any documentation definitively linking politicians and other prominent figures to the Ku Klux Klan.

On 2 November 2015, multiple web sites reported that hacker collective Anonymous had released evidence of the involvement of several politicians in the Ku Klux Klan, as part of what was called "OpKKK" or "OpHoodsOff":

Articles dated 2 November 2015 appeared on USUncut ("Prominent US Senators and Mayors Outed as Members of the KKK by Anonymous") and Occupy Democrats ("Racists Panic as Anonymous Starts Releasing Details Of KKK Members"), with the latter claiming:

Anonymous has released a list of prominent US Senators and Mayors that have been linked to the Ku Klux Klan:

And it is true that a large, established Twitter account linked to Anonymous promised the release of information about prominent figures linked to the KKK:

However, the articles cited documents published anonymously to the site Pastebin, to which anyone may upload text-based content. And as with any Anonymous-linked operation, anyone is also free to claim affiliation with the group and release information, falsely claiming that data was collected as part of an effort by the collective — which is just what the similarly large Twitter account @YourAnonNews cautioned the media to be mindful of:

Anyone can provide fake information when signing up to a website, reporters should be aware of this. — Anonymous (@YourAnonNews) November 2, 2015

This account has NOT YET released any information. We believe in due diligence and will NOT recklessly involve innocent individuals #OpKKK

Not long afterwards, the account @Operation_KKK stated that 5 November 2015 was the date on which the information about KKK connections would be released, coinciding with the Million Mask March:

Regarding #OpKKK: the phone numbers and e-mail adresses were found on KKK website databases. Be careful with the information and fact-check — Anonymous (@YourAnonNews) November 2, 2015

While it's difficult to definitively label any source as an "official" Anonymous account (as anyone is free to claim membership to the group, which has no central organization), its largest social media presences denied the information released on 2 November 2015 was linked to the promised data dump.

On 5 November 2015, @Operation_KKK announced the publication of the information in question via Twitter:

In that document (hosted on Pastebin), no matches to names on the 2 November 2015 list were found.