A sensationalized story falsely claimed that it is now illegal to wear "Anonymous" masks in public. 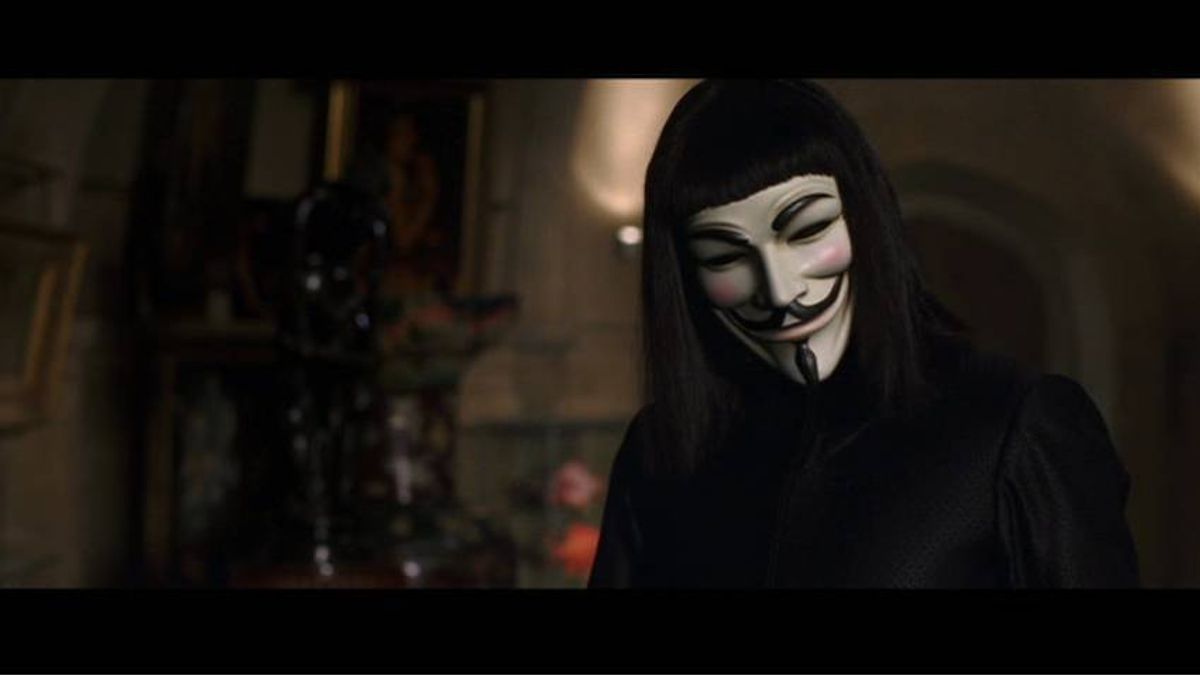 Claim:
It is illegal to wear Anonymous (i.e., Guy Fawkes) masks in public in the United States.
Rating:

On 12 April 2016, the web site Your News Wire published a sensationalized article reporting that it was "now illegal to wear an Anonymous Mask" (i.e., a Guy Fawkes mask) in public in the United States:

Police in America have begun cracking down on people who are caught wearing the Anonymous mask in public, arresting them without due process.

The most recent case of a man harassed and arrested by the police for sporting an Anonymous mask happened in the House Gallery, during the Maricopa County hearing over suspected election fraud.

This article referred to an to incident that took place on 28 March 2016 at the Arizona House of Representatives. According to a news report from the Arizona Capitol Times, several activists interrupted a House floor session in protest of the long lines at polling places many of them experienced during the Arizona primary election. While it's true that one of those protesters was arrested while wearing a Guy Fawkes mask, his disruptive behavior (and not the act of wearing a mask) was the reason for his arrest:

Eventually DPS officers were able to pry him loose.

Department of Public Safety Captain Damon Cecil said the House's Sergeant of Arms wanted the man in the mask to leave and asked troopers to remove him.

Cecil said he was yelling different slogans and was warned but continued to be disruptive.

According to Phoenix television station KNXV, the man in the Anonymous mask was identified as 23-year-old Jonathan McRae, who was taken into custody for resisting arrest, aggravated assault against an officer, and criminal trespassing. Court records also stated that he was "yelling and causing a disturbance in the gallery of the House of Representatives building" but made no mention of McRae's being arrested for wearing an Anonymous mask, or of any law under which such an act would by itself be deemed illegal.

Your News Wire based their exaggerated article off of a minor and unrelated detail from one man's arrest. By the same logic, Your News Wire could have published articles claiming that dreadlocks, t-shirts, or noses were now illegal in the United States, since McRae was in possession of all three of those items in addition to the Guy Fawkes mask.