Did Anonymous Bring Down The Daily Stormer?

A post on neo-Nazi web site Daily Stormer suggested the site was seized by Anonymous, but it's more likely that they simply lost their web hosting. 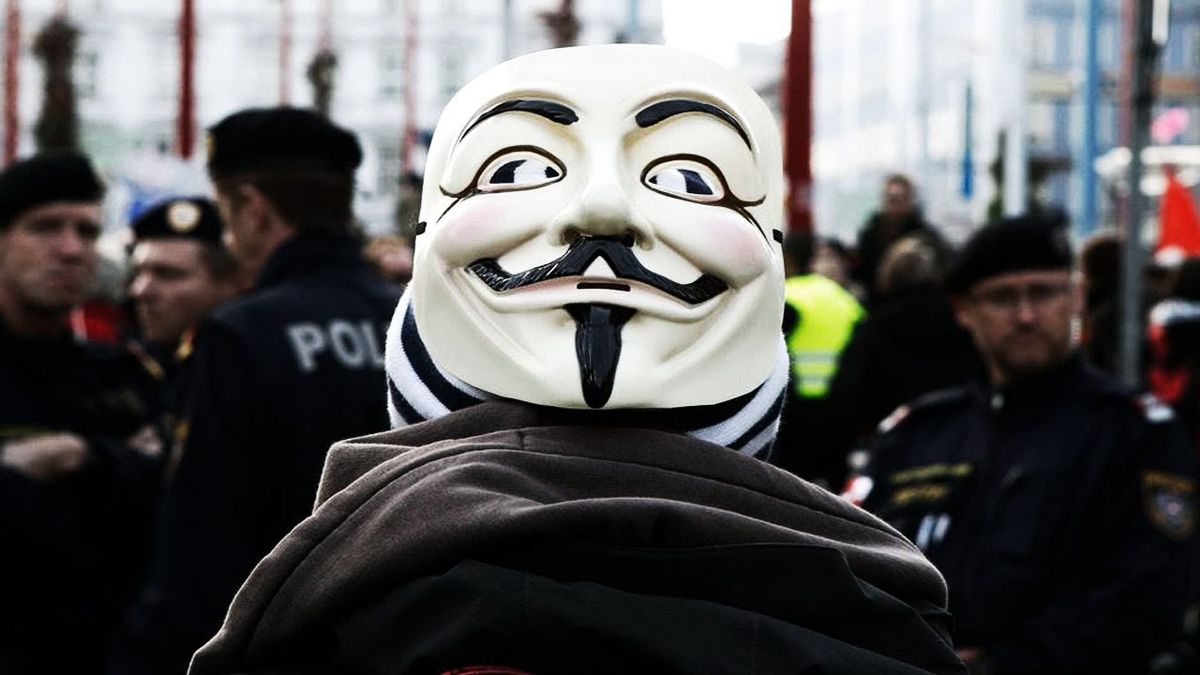 After the neo-Nazi web site The Daily Stormer mocked a woman who was killed at a 12 August 2017 white supremacist rally in Virginia, the domain host GoDaddy announced that it would no longer host the site:

We informed The Daily Stormer that they have 24 hours to move the domain to another provider, as they have violated our terms of service.

GoDaddy published the tweet at 10:24 PM Eastern Standard Time on 13 August 2017. Less than a day later, a post appeared on Daily Stormer claiming that the domain had been seized by the decentralized international activist collective Anonymous:

END OF HATE: ANONYMOUS NOW IN CONTROL OF DAILY STORMER

THIS SITE IS NOW UNDER THE CONTROL OF ANONYMOUS

FOR TOO LONG THE DAILY STORMER AND ANDREW ANGLIN HAVE SPEWED THEIR PUTRID HATE ON THIS SITE ... THIS EVIL CANNOT BE ALLOWED TO STAND

WE WANT YOU NAZIS TO KNOW: YOUR TIME IS SHORT

THEN WE WILL SHUT IT DOWN

YOU SHOULD HAVE EXPECTED US

The Twitter account@YourAnonNews, which, while not official, is widely viewed as the most accurate source for known Anonymous action, had indicated a response to the events in Virginia was forthcoming shortly before the post appeared:

This is just getting started. Browse the images of the Alt-Reich at Charlottesville and see if you know anyone. #OpDomesticTerrorism

However, shortly after the post began grabbing headlines, the account pointed out several reasons to be skeptical that the collective had taken over The Daily Stormer. For one thing, the window cited by GoDaddy (24 hours) was identical to the timeframe provided in the "Anonymous" post:

We have no confirmation that "Anonymous" is involved yet. Looks more like a DS stunt. Wonder if they are having issues finding a new host. https://t.co/ikXXRBfC5p

We find claim that it took a "UNITED FORCE OF ELITE HACKERS" to hack a CMS run by amateurs incredibly amusing.

If the CMS was compromised and under control by an activism motivated attacker, why leave up the old content? Easy enough to delete.

Look at the cliche script of the site. It will give them a cute claim later that we're part of the "Jewish Conspiracy" they rant about it.

In a separate response, @YourAnonNews noted that the nature of the collective made the claim difficult to discount, but they remained highly skeptical:

Anything's possible. But if that were the case, we'd probably have received a communication about it.

We are 99% confident that this is a completely false stunt by DS derps. Still not anyone taking credit, despite feelers.

By contrast, the account appeared to confirm that members of the group had shut down the Charlottesville city web site using a denial of service (DDOS) attack. The action came as part of what the group is calling #OpDomesticTerrorism, and was a protest against perceived inaction by Charlottesville police:

Not all of us support targeting public resources, nor do we all agree with DDOS. But the article's author communicated with valid sources.

Although the decentralized nature of Anonymous (as explained by @YourAnonNews) makes it difficult to fully debunk the claim Daily Stormer was downed as part of #OpDomesticTerrorism, we are highly skeptical that the claim is true. No faction of Anonymous claimed credit, other objectionable content on the site was left intact, and most damningly, the window cited in the "hacked" post was identical to GoDaddy's provided timeframe for Daily Stormer's shutdown.

The "Anonymous" post on Daily Stormer also failed to mention Heather Heyer, the woman killed at the rally who The Daily Stormer later mocked. However, the post did succeed in providing the condemned web site a flood of traffic:

Stop giving the Faily Stormer what it wants: Traffic.https://t.co/xdvp41V2hW

On 2:21 PM Eastern Standard Time, Reuters confirmed Google was cancelling Daily Stormer's domain registration after it was reported that the site obtained a replacement provider: