Did Anne Frank Write, 'Always Give Something, Even if It Is Only Kindness'?

There are way too many fake Anne Frank quotes that are shared online, but this one about giving kindness genuinely came from her writing. 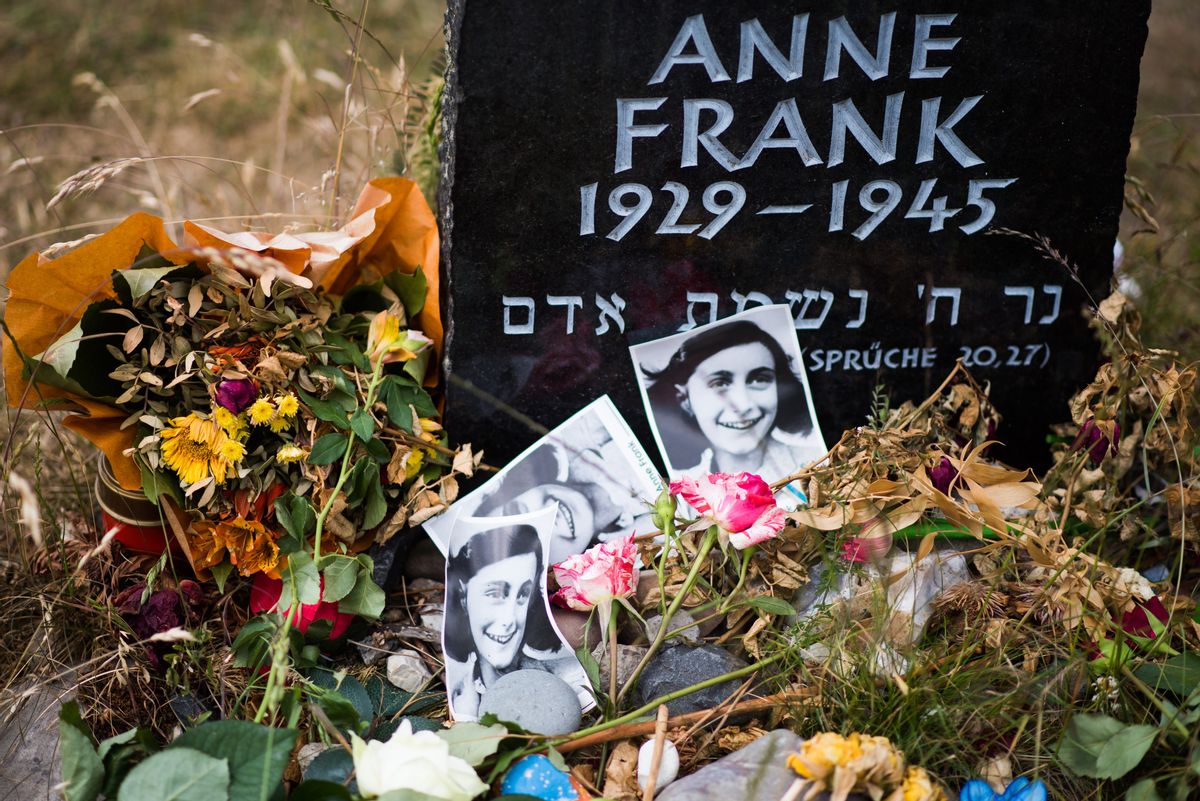 Claim:
Anne Frank once wrote, "And you can always, always give something, even if it is only kindness!"
Rating:

In October 2022, the Historical Snapshots Facebook page posted a quote that purportedly was written by Anne Frank, which read, "You can always give something, even if it is only kindness!" This was a real, slightly altered quote that truly did appear in Frank's works.

The quote about giving kindness to others came from an essay titled "Give." The essay appeared in "The Works of Anne Frank," which was first published in 1959.

Frank became famous after her death for her series of works that she wrote while hiding from Nazis during World War II. Brittanica.com published that she “died in a typhus epidemic in March 1945, only weeks before the liberation of [the] Bergen-Belsen [concentration camp].” However, “scholars in 2015 revealed new research, including analysis of archival data and first-person accounts, indicating that the sisters might have perished in February 1945.”

The website BarryPopik.com, also known as The Big Apple blog, once published "Give" in its entirety:

How lovely to think that no one need wait a moment; we can start now, start slowly changing the world! How lovely that everyone, great and small, can make their contribution toward introducing justice straight away! Just as with so many things, most people seek justice in quite another quarter; they grumble because they receive so little of it themselves. Open your eyes. First make sure that you are always fair yourself! Give of yourself, give as much as you can! And you can always, always give something, even if it is only kindness! If everyone were to do this and would not be as mean with a kindly word, then there would be much more justice and love in the world. Give and you shall receive, much more than you would have ever thought possible. Give, give again and again, don’t lose courage, keep it up and go on giving! No one has ever become poor from giving! If you do this, then in a few generations no one will need to pity the beggar children any more, because they will not exist!

'The Works of Anne Frank'

On Oct. 4, 1959, The Spokesman-Review published the following about the newly-released book, "The Works of Anne Frank." "Give" was referenced near the end of the article:

This new volume includes not only the famous diary, but also her fables and some tiny tales like miniature short stories. In her true account of the secret annex where she hid with her family, Anne Frank showed a sharp perception of the details of their life. In the tales, she gives over her imagination to fancy.

The result is completely charming, but without the softness which might be expected in so young a child.

To be a writer was the first item of Anne's life. When she had to go into hiding, she said, "The first thing I put in was this diary, then hair curlers, handkerchiefs, school books, a comb, old letters. I put in the craziest things with the idea that we were going into hiding. But I'm not sorry, memories mean more to me than dresses."

These writings were found on the floor of the hide-away, dumped there by the police when the family was taken away. Scattered on the floor were such sentences as this from the essay called "Give": "How lovely to think that no one need wait a moment, we can start now, start slowly changing the world!"

It was somewhat refreshing to study a genuine Anne Frank quote for once. We had previously reported on several fakes that had been widely shared online on websites that haphazardly collect quotes from famous people. These fake quotes had also appeared in memes with her name. Misleading social media posts were created despite Frank's works arguably containing plenty of real quotes ripe for inspirational meme creation.

One example of a fake Frank quote was the line, "Dead people receive more flowers than the living ones because regret is stronger than gratitude," which we found no evidence of her ever writing. We also found no record that she wrote, "Look at how a single candle can both defy and define the darkness." Third, the following quote about "good news" was not written by Frank, either: "Everyone has inside of him a piece of good news. The good news is that you don't know how great you can be! How much you can love! What you can accomplish! And what your potential is!"