Did the Annabelle Doll Escape from the Warren Museum?

Inanimate objects are not known for their mobility. 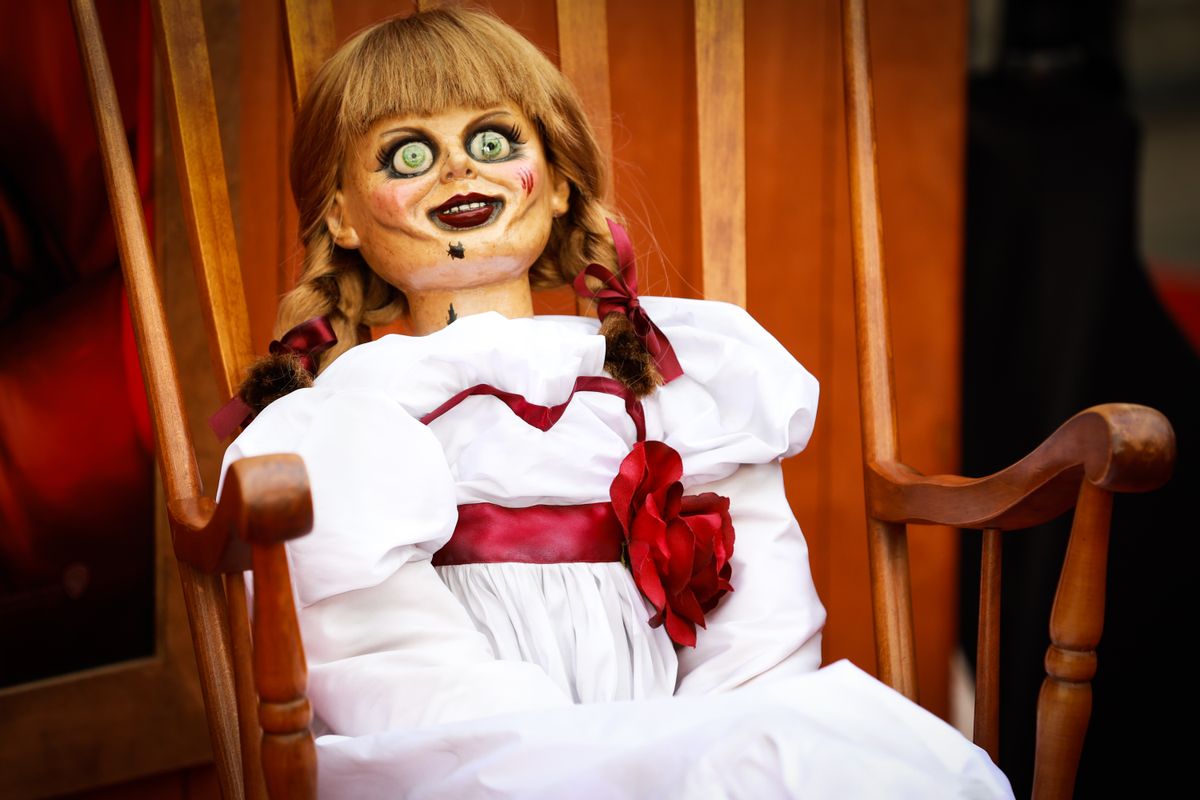 Claim:
The Annabelle doll escaped from the Warren's Occult Museum in Connecticut.
Rating:

On Aug. 14, 2020, a rumor started to circulate on social media that the so-called Annabelle doll, the supposedly supernatural toy that inspired horror films such as "The Conjuring," had escaped from an occult museum in Connecticut: The terms "Annabelle" and "Warren Museum" both started to trend on Twitter as social media users posted messages about the demonic doll that purportedly was on the loose. These fears, however, were for naught, as the Annabelle doll did not actually escape from the Warren Museum — it is, after all, an inanimate object.

For those unfamiliar, the Warren's Occult Museum was a real place and housed some of the artifacts collected by paranormal investigators Ed and Lorraine Warren. The duo are perhaps most famous for investigating a haunted house in New York in 1975. That investigation inspired the book "The Amityville Horror" and several films of the same name. The pair also investigated reports about a Raggedy Ann Doll that was supposedly possessed by a young girl named Annabelle Higgins. This doll, which was later put on display at the museum, also inspired a number of horror movies.

Here's an image from the New England Society for Psychic Research Facebook page that supposedly shows the real Annabelle doll:

But the Warren's Occult Museum is no longer in operation. Both Ed and Lorraine Warren have passed away, and according to Atlas Obscura, the museum was closed in 2018. The Monroe Sun reported that the Warrens' son-in-law, Tony Spera, was looking for a new home for the museum (it was reportedly closed due to zoning issues), but the paranormal property has yet to reopen.

The status of the museum is a bit of a moot point, however, as this rumor did not start with any sort of police reports, ghoulish videos, spiritual sightings, or a frantic call from Spera to be on the look out for a demonic doll. In fact, Spera posted a YouTube video in which he disputed the "Annabelle escaped" rumors.

Spera said: "I’m here to tell you something, I don’t know if you want to hear this or not, but Annabelle did not escape. Annabelle’s alive — well, I shouldn’t say alive — Annabelle’s here, in all her infamous glory. She never left the museum.”

This rumor appears to have originated with a mistranslation.

The rumor started circulating shortly after the Hollywood Reporter published an interview with Annabelle Wallis, the actress who played Mia in the "Annabelle" movie. Wallis talked about her new film, "The Silencing," as well as what it was like to work with Tom Cruise in "The Mummy." Wallis also talked about "running" in her interview, and the Hollywood Reporter included a video of some of the "escape" scenes from "The Mummy." As this news circulated on Chinese-language social media sites, the news about Wallis running appears to have been misconstrued as Annabelle (the doll) escaping.