An article reporting that the pundit had been arrested for using the women's bathroom came from a fake news site. 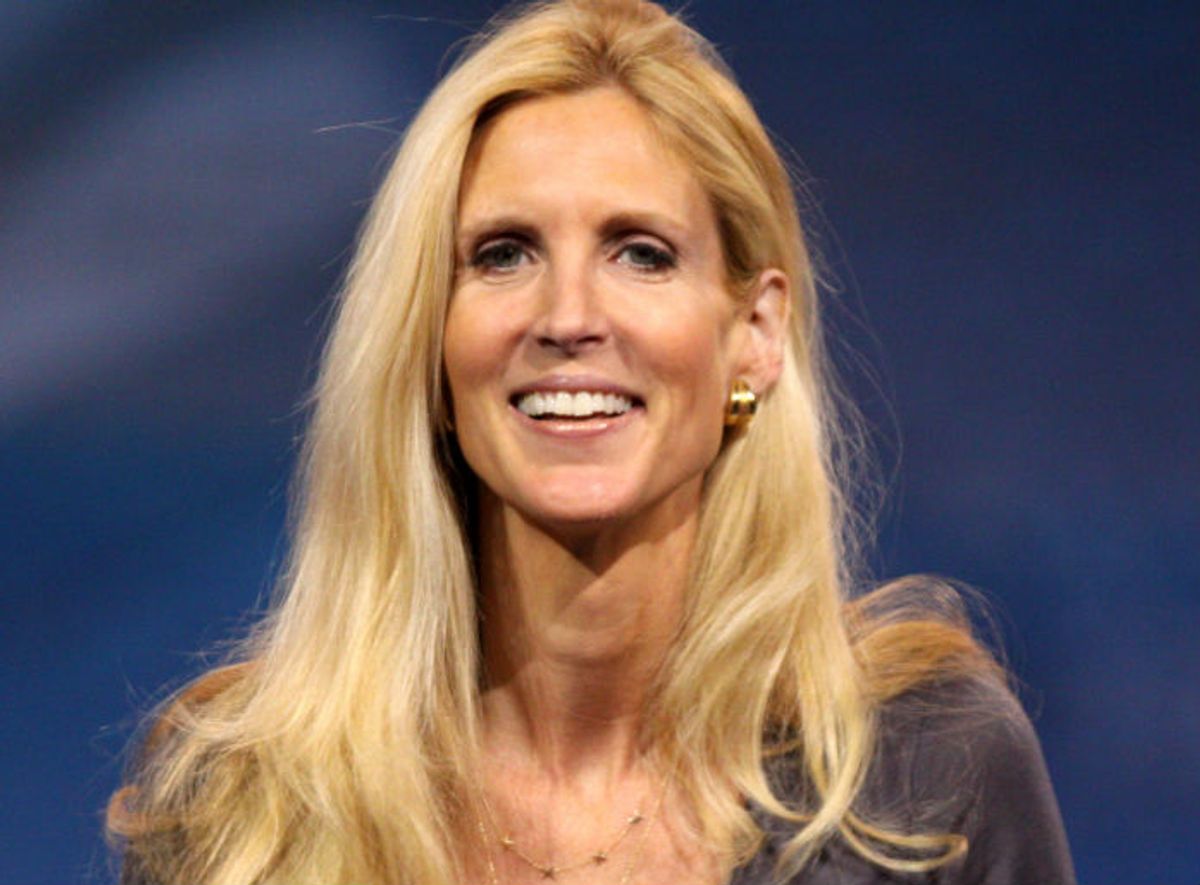 On 13 May 2016, the entertainment web site Business Standard News published a fake news article reporting that television personality and controversial political pundit Ann Coulter had been arrested for using the women's bathroom:

The Business Standard News has learned that Rightwing commentator Ann Coulter has been arrested by a security officer for trying to use a women’s bathroom in Charlotte, N.C. North Carolina is facing widespread criticism and a federal lawsuit for instituting a law that would force transgender people to use the bathroom of the birth gender.

Coulter was outraged at her arrest.

“I can’t believe the nerve of this rent-a-cop,” she said according to The Conservative Chronicle. “He’s probably an illegal.”

There is no truth to the article quoted above. This is a piece of fiction from an entertainment web site. Business Standard News, or BS News, states on its "About" page that it is "a satirical site designed to parody the 24-hour news cycle. The stories are outlandish, but reality is so strange nowadays they could be true."

A wealth of false rumors, fake news articles, and general misinformation has been spread in the wake of North Carolina's transgender bathroom law, including false claims that Target's stock plummeted in direct relation to a boycott, a man claiming to be transgender was arrested for taking photographs of an underage girl in a woman's bathroom, and that a transgender woman was shot to death in a Target bathroom.