Did Andrew Tate's Video of a Jerry's Pizza Box Lead to His Arrest?

Tate was arrested and detained in Romania for 24 hours on charges of human trafficking and rape, according to The Associated Press. 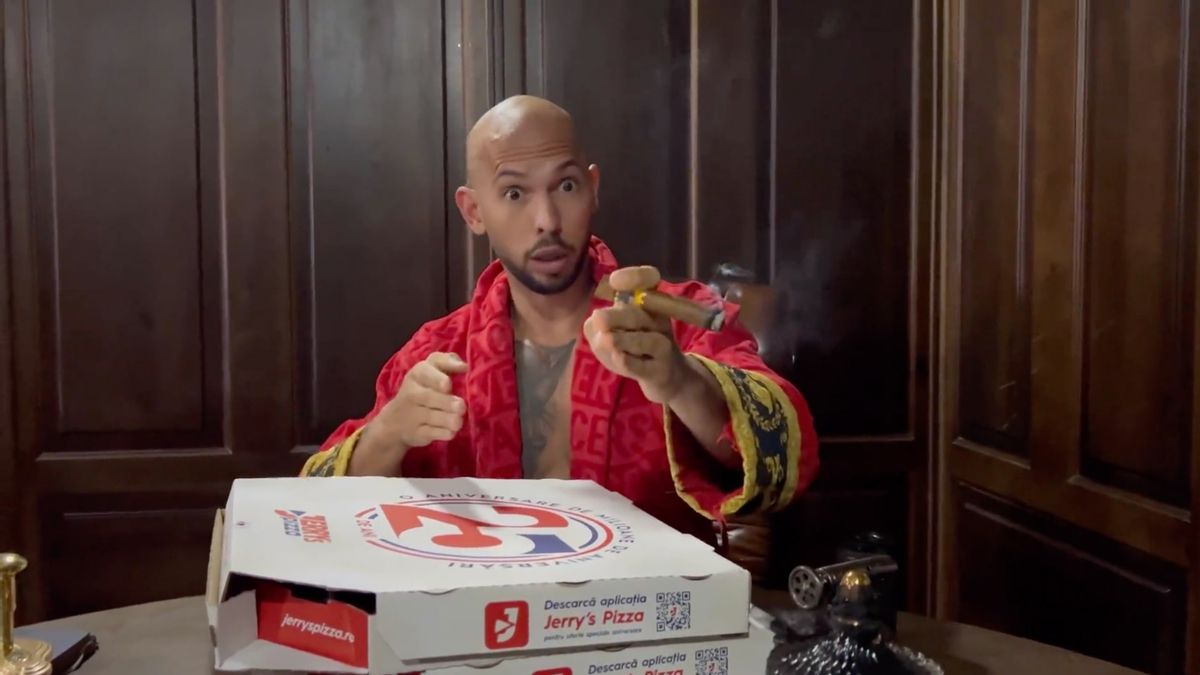 Claim:
A Jerry's Pizza box that was visible in a video posted by former professional kickboxer Andrew Tate led to his arrest in Romania on human trafficking charges.
Rating:

In late December 2022, readers emailed us to ask if the Dec. 29 arrest of divisive social media star Andrew Tate in Romania had only been made possible thanks to a Jerry's Pizza box that was visible in one of his own recent videos. The pizza company is a brand that's local to that country.

UPDATE: Has Andrew Tate Been Released from Jail? Here's What We Know

A popular tweet that pushed this rumor read, "Romanian authorities needed proof that Andrew Tate was in the country so they reportedly used his social media posts. His ridiculous video yesterday featured a pizza from a Romanian pizza chain, Jerry's Pizza, confirming he was in the country. This is absolutely epic."

However, we soon found that this rumor was false.

Ramona Bolla, a spokesperson from Romania's anti-organized crime agency, DIICOT, said that the rumor was "funny," but was not true, according to The Associated Press (AP).

The AP also noted that, earlier in the same week, Tate had "posted a video on Twitter of a mountainous region of Romania, the Eastern European country where he is reported to have lived for the last five years." In other words, he had already indicated on his public social media presence that he was in the country.

In the video that Tate posted with the Jerry's Pizza boxes, he appeared to be attempting to respond in a clever manner to an extremely popular comeback tweet from Swedish environmental activist Greta Thunberg.

As we reported in a different story, Thunberg's tweet had mocked Tate with a "small dick energy" joke after he had originally mentioned her name while bragging about his luxury car collection "and their respective enormous emissions." Her tweet received more than 3.5 million likes, far more than the hundreds of thousands of likes that Tate's tweets brought in.

Tate was initially detained for 24 hours on charges of human trafficking and rape. His brother Tristan was also part of the arrest, as were two other women, one who was described as a former policewoman. It's unclear if Tate will be released, but his Twitter account did show new tweets as of Dec. 30, apparently after the 24-hour period had ended.

According to The AP's reporting, Bolla said that prosecutors were attempting to extend the arrest warrant to 30 days.

DIICOT said in a statement late Thursday that the four suspects in the case, which include two British citizens and two Romanians, were arrested on charges of being part of an organized crime group, human trafficking and rape.

The agency said the British citizens recruited women who were subjected to "acts of physical violence and mental coercion," sexually exploited by group members and forced to perform pornographic acts intended to reap "important financial benefits."

DIICOT said it identified six people who were sexually exploited by the organized criminal group, and that five homes were raided on Thursday.

In the weeks before Tate's arrest, his Twitter account had been reinstated after Elon Musk took ownership of the company. Tate was previously banned from the platform in 2017 after posting tweets that the company found violated its policies. At least one of those tweets said that women should bear "some responsibility" for being sexually assaulted, according to CBS News.