In 1868, Andrew Johnson became the first president in United States history to be impeached. 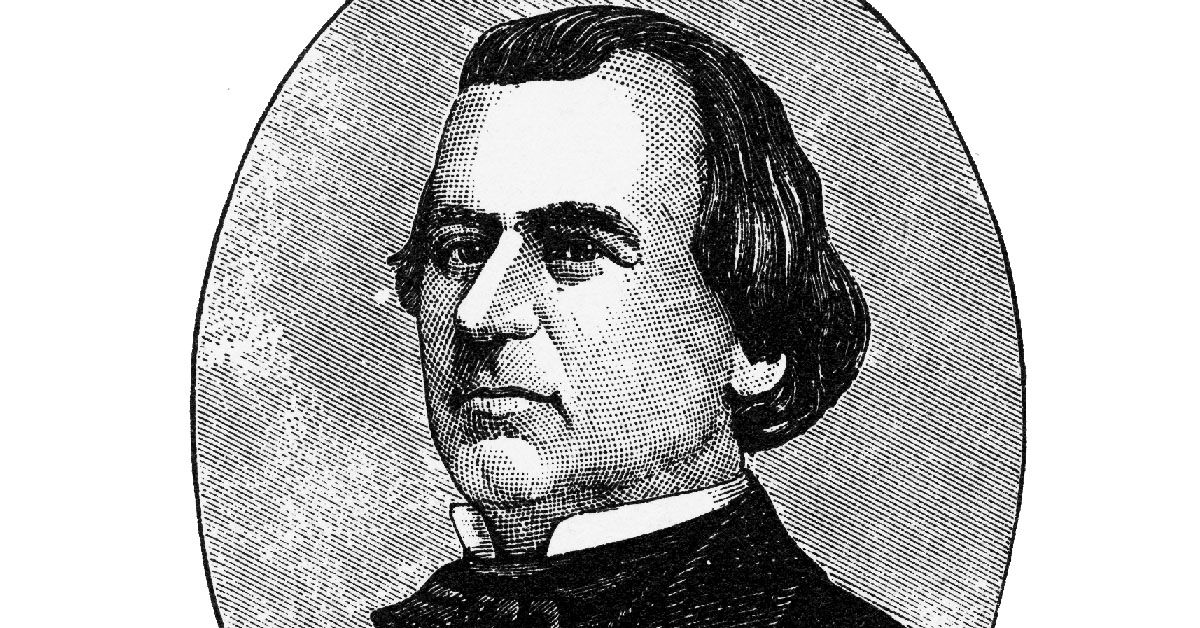 On Sept. 24, 2019, U.S. House Speaker Nancy Pelosi announced an impeachment inquiry against President Donald Trump. A little more than a month later, after a number of witnesses testified before various House committees about Trump's alleged abuses of power, the House of Representatives voted on Oct. 31 to formalize the procedures of their impeachment investigation. It will still be weeks, or possibly months, before the House votes on whether to impeach the president.

Another good day to remember that in 1868 President Johnson was impeached on February 24th, a Monday, for something Johnson did on February 21st, the previous Friday.

The only reason it took that long was because the House took Sunday off. https://t.co/DmGk6t3a1q

Only two U.S. presidents have been formally impeached by the House of Representatives: Johnson and Bill Clinton. President Richard Nixon was nearly impeached but left office before a vote was held. Trump is in the middle of an impeachment investigation but, as of this writing, has not been impeached. No president has been removed from office after an impeachment trial.

Johnson took office in 1865 during a tumultuous time in U.S. history. The civil war had just ended and Johnson, who served as vice president under President Abraham Lincoln, took office after Lincoln's assassination.

Johnson soon found himself at odds with a Republican-controlled Congress. One of the biggest points of contention was the Tenure of Office Act, a federal law that prevented the president from removing people from office without the approval of the Senate. Johnson initially vetoed the bill, but Congress overrode that vote.

On Feb. 21, 1868, Johnson violated the Tenure of Office Act when he issued an order (without consent of Congress) to remove Edwin Stanton from the office of Secretary of War. That same day, U.S. Rep. John Covode of Pennsylvania introduced a resolution to impeach the president.

Covode's resolution was introduced on a Friday. When Congress reconvened after the weekend on Feb. 24, they voted for the first time in U.S. history to impeach the president: With this small piece of paper, Representative John Covode of Pennsylvania moved to impeach President Andrew Johnson on February 21, 1868. Frustrated with the President’s opposition to black suffrage, leniency toward former Confederate states, and unrelenting obstruction of congressional Reconstruction, Radical Republicans in Congress attempted to remove Johnson from office. When the President dismissed Secretary of War Edwin Stanton on February 21, in violation of the Tenure of Office Act that prohibited him from doing so without Senate approval, he provided Radical Republicans with an actionable offense for impeachment. Three days after Covode introduced this resolution, the House voted 126 to 47 to impeach the President, the first such action against a sitting President. Johnson’s Senate trial consumed two months, and he eventually avoided removal from office by one vote.

Johnson's impeachment trial started on March 4, 1868, and continued for approximately 11 weeks. In the end, the Senate voted 35-19 to convict Johnson of impeachment. However, as an impeachment trial requires a two-thirds vote (in this case 36 votes), Johnson narrowly escaped conviction by a single vote and served the remainder of his term.

Gordon-Reed, Annette.   "The Fight Over Andrew Johnson’s Impeachment Was a Fight for the Future of the United States."     Smithsonian.   January 2018.