Does This Photograph Document the Ancient Stump of a Giant Tree?

Jugurtha Tableland in Tunisia is a rock formation, not a vestige of forests that stretched miles into the sky. 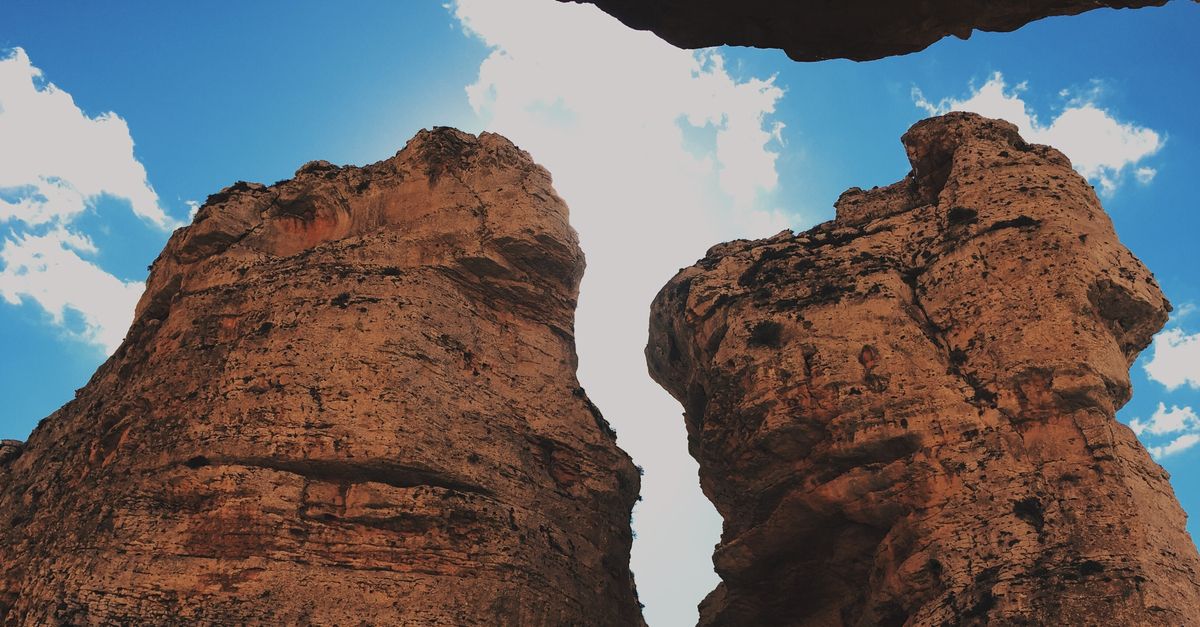 In July 2017, an image made its way across social media, purporting to be an ancient, petrified trunk of what was once a huge, atavistic tree: This photograph is one of many purportedly showing giant ancient tree trunks. However, there's more to the story than simply the marvel of how big trees supposedly once were. According to some flat earth conspiracy theorists (a school of thought that is inexplicably becoming popular again), images such as these serve as evidence that the earth was once populated by massive trees and that our current forests are merely the leftover shrubs.

Inverse summarized the theory in a September 2016 article:

Here’s how the "no forests" theory plays out: Sure, there are things that we call forests, but these are in reality just low-lying bushes, the impoverished remains of an ecologically rich world that held 40-mile high trees, with trunks two miles across. How do we know? They’ve left their stumps behind. Flat top mountains are remnants of behemoth trees, cut down by impossibly large machines. Jagged mountains are severed stumps of trees that fell or were knocked over in some great calamity — a nuclear war or great fire, perhaps.

All rock on Earth is not rock — it is merely the rubble left behind of this ancient, sacred forest, which was once completely alive. River valleys are old quarry mines, their steep cliffs carved out by enormous machines. Volcanoes are just heaps of industrial waste left behind from this ravaging of the flat Earth; the toxic chemicals inside them react, generating heat and fire, and the occasional explosion.

(It's not clear what gigantic forests might have to do with a flat earth.)

The viral photograph actually shows a large mesa in Tunisia called Jugurtha Tableland or Jugurtha's Table. Although the image may superficially resemble a tree trunk, the structure was actually formed by erosion:

Mesas are formed by erosion, when water washes smaller and softer types of rocks away from the top of a hill. The strong, durable rock that remains on top of a mesa is called caprock. A mesa is usually wider than it is tall.

Mesas are usually found in dry regions where rock layers are horizontal. The Grand Mesa in the U.S. state of Colorado, considered the largest mesa in the world, has an area of about 1,300 square kilometers (500 square miles) and stretches for 64 kilometers (40 miles).

The giant trees of flat-earth theory are impossibly big. The tallest tree on earth, Hyperion, only measures 380.3 feet (115.9 meters) tall, about 4,900 feet short of a single mile, and well short of the ten- to forty-mile mark purportedly set by these ancient (and fictional) giant trees.