The video was the creative work of a stand-up comedian named John Crist. 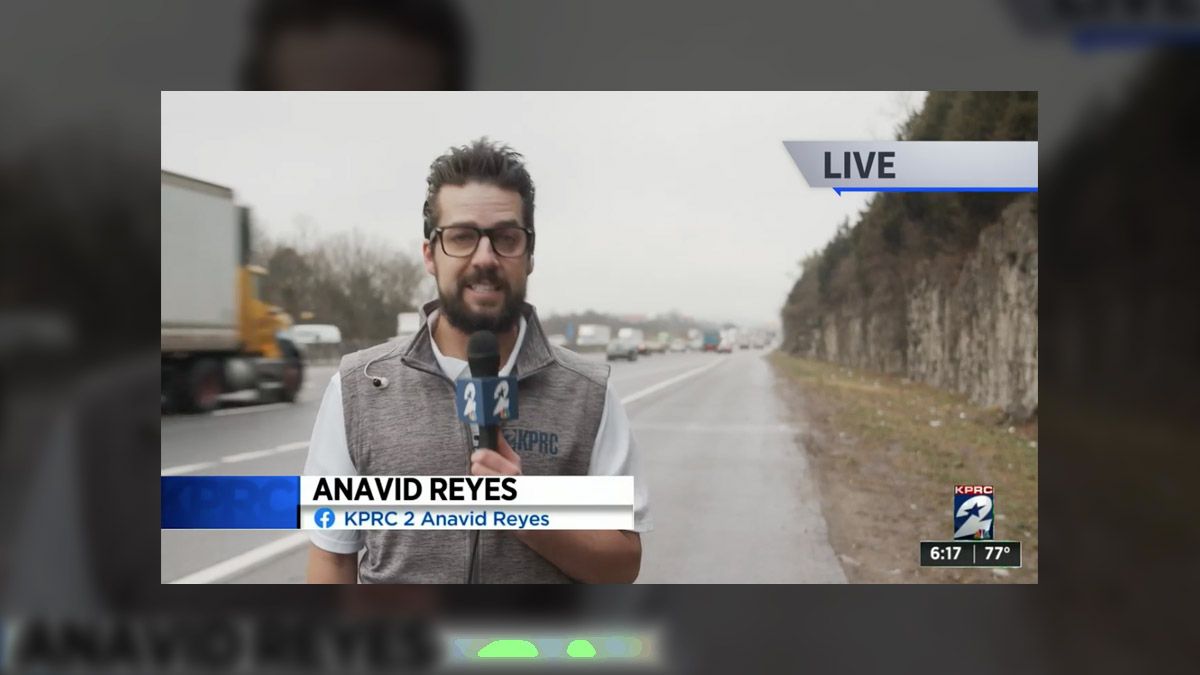 The video was created by a stand-up comedian named John Crist. At the same time, Anavid Reyes was the name of a woman who worked for KPRC-TV. As of 2022, she was still working as a traffic reporter.

On Oct. 31, 2022, a TikTok user reposted an old video. The clip appeared to show a male traffic reporter for KPRC-TV named Anavid Reyes having a tough morning. "Traffic Reporter Has Meltdown on Air," the video's caption read. However, the truth was that this was the work of a stand-up comedian named John Crist. It was not a real traffic report that aired on TV.

Crist originally posted the funny video on his Facebook page on Feb. 1, 2021. As of November 2022, that post had racked up more than 8.5 million views. By comparison, the more recent TikTok repost had already received nearly 3 million views in less than 24 hours.

In the comedic video, Crist, portraying the character of Reyes, becomes angry at the studio anchor's pronunciation of his first name, Anavid. "If I'm going to come out here and do these live traffic reports and literally risk my life, I'd appreciate it if somebody back at the studio could learn how to pronounce my name," he says. He then pokes fun at how traffic reports on local TV news had purportedly become "obsolete" due to the availability of apps like Google Maps.

While the video was not from a real news broadcast, it might come as a surprise to some readers that KPRC-TV did employ a traffic reporter by the name of Anavid Reyes. However, unlike Crist, the real Reyes is a woman, not a man.

On Nov. 12, 2021, Click2Houston.com, the website for KPRC-TV, highlighted a special accomplishment made by Reyes, just after she had been crowned as the 2022 METRO Traffic Reporter Bus Rodeo champion.

"The METRO event organizers invited Houston-area traffic reporters to get behind the wheel and see if they have what it takes to wrangle a 40-foot METRO bus through one of the toughest safety courses in Texas," the story read. "Anavid got a perfect score and was the only traffic reporter who did not hit a cone."

On Crist's YouTube channel, we didn't find the "Traffic Reports Has Meltdown on Air" video. However, our search did show a result for another, similar video made by Crist in which he portrayed a weatherman named Ryan Marshall. Its title was, "Weather Man MELTS down on live TV."

Thompson, Sarah. "Fact Check: Traffic Reporter Did NOT Melt Down On Live TV: It's A Comedy Sketch | Lead Stories." Lead Stories, 7 May 2021, https://leadstories.com/hoax-alert/2021/05/fact-check-traffic-reporter-did-not-melt-down-on-live-tv-its-a-comedy-sketch.html.