Did Trump Retweet This Fake Photo of Amy Coney Barrett?

On multiple occasions, the sitting president has shared manipulated content. 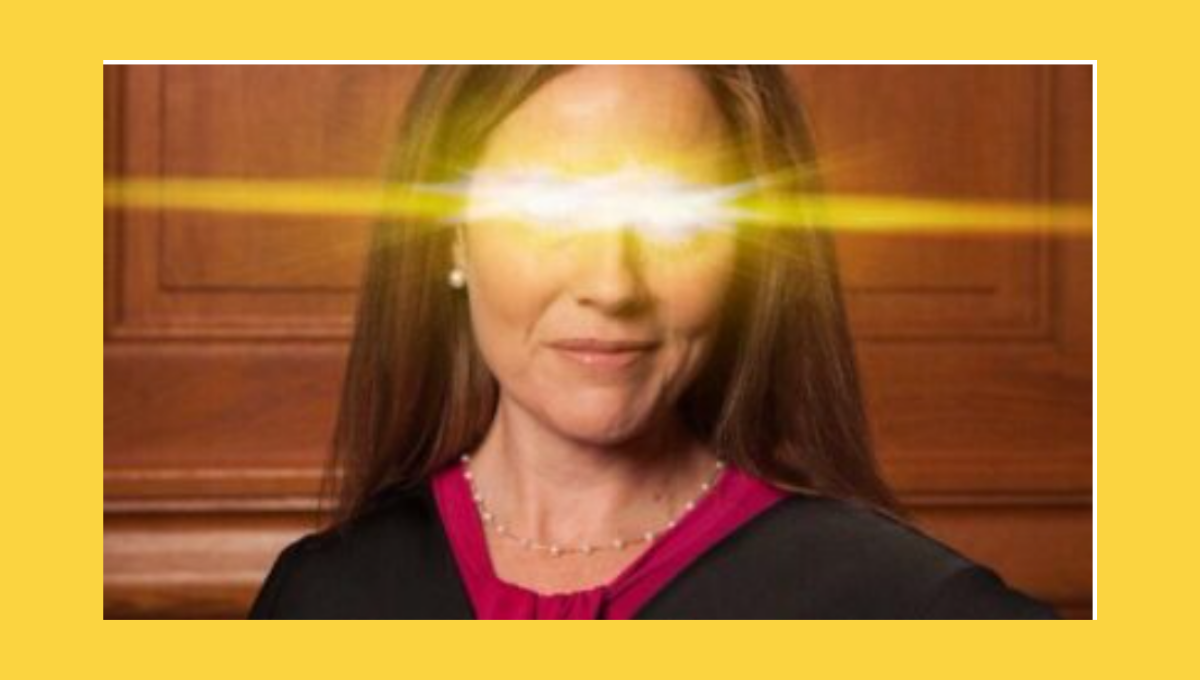 On Dec. 9, 2020, a Snopes reader asked us if U.S. President Donald Trump retweeted an edited photo of U.S. Supreme Court Justice Amy Coney Barrett in which her eyes appeared to radiate light beams that appeared nonhuman.

The answer was yes. The day prior, Trump retweeted a post by QAnon supporter @MajorPatriot that included the doctored photo of Barrett and false claims alleging a nefarious illegal scheme by Trump's political opponents to undermine his 2020 reelection campaign. That original post read:

"The wheels are coming off. Trump's inspired massive MAGA tsunami turnout forced them to cheat so big they lost their minds in a fraud frenzy. Their Unconstitutional legal moves alone are dooming them." More than five hours later, Trump shared the post by @MajorPatriot, according to Snopes' analysis of the president's Twitter activity. Trump added the caption: "They got caught because we were leading by so much more than they ever thought possible. Late night ballot 'dumps' went crazy!"

Photographer Rachel Malehorn took the original photo of Barrett in Milwaukee, on Aug. 24, 2018, according to news reports and Malehorn's online portfolio. Multiple news outlets, such as The Guardian, published the headshot with news stories about Barrett's nomination to the U.S. Supreme Court in fall 2020.

Who or what exactly edited the photo to make Barrett's eyes glow remained unknown. Also unclear was the president's specific intent behind spreading the manipulated image alongside baseless claims of mass voter fraud in the 2020 presidential election. (Go here for a running tab of post-election misinformation.)