Some members of the Amish community may have hopped aboard the Trump Train. 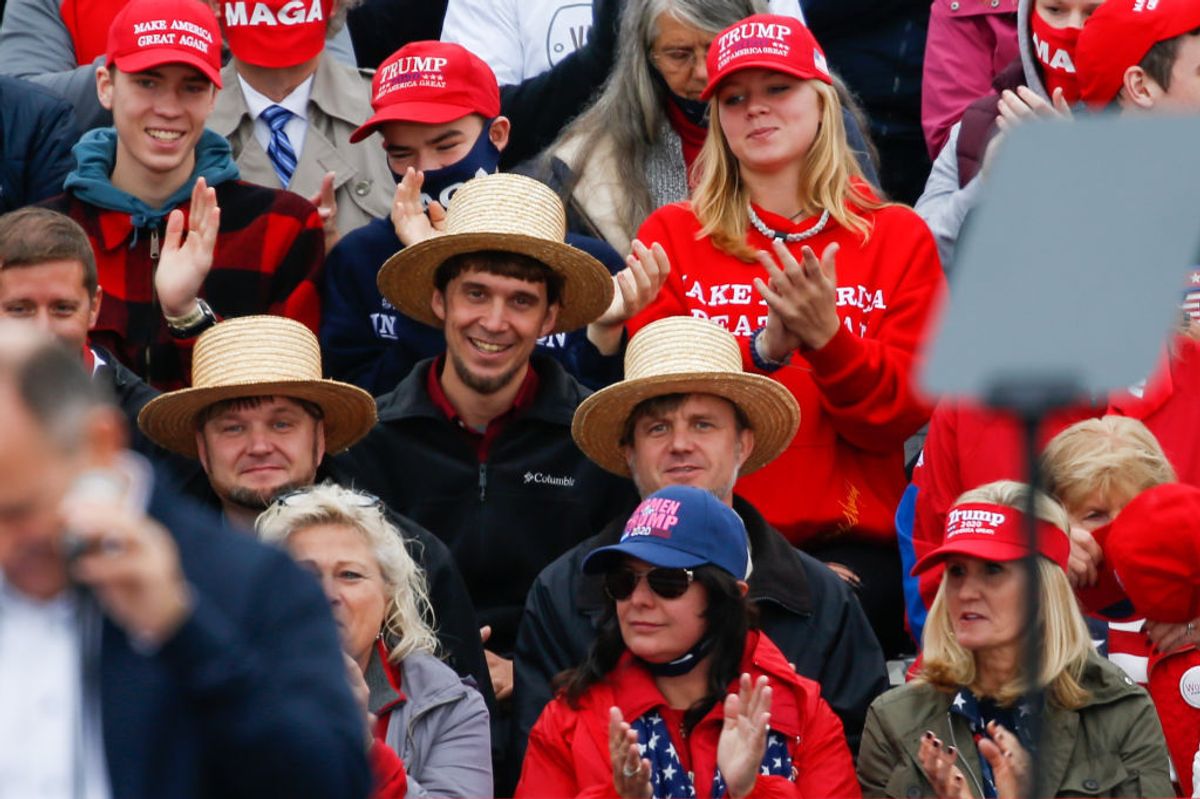 On Nov. 3, 2020, several photographs and videos supposedly showing members of the Amish community showing their support for U.S. President Donald Trump went viral on social media. One video, for example, racked up more than 3.5 million views: While we have not been able to definitively source these images, we don't have much reason to doubt their authenticity. The video above of the Amish buggies passing a gas station appears to have originated with Ohio-based TikTok user AmishBuddies14:

This user also shared several photographs from this parade, including the image displayed above of Amish buggies adorned with Trump flags rounding a turn through the woods:

Other social media users have shared additional photographs and videos that supposedly show these same buggies. While we can't say with complete certainty, it appears that these pictures were taken on Nov. 2 somewhere in Ohio.

In addition to the videos and photographs that went viral on Election Day in 2020, Anabaptistworld.org, a website that covers issues related to Anabaptism and the Amish and Mennonite communities, published an article about two similar parades that took places in Fredericksburg, Ohio last month:

“Trump 2020: No More Bull****” read one of several flags flapping from a buggy driven by a woman in Amish clothing Sept. 26 in Fredericksburg, Ohio. A simple sign on the front of the buggy read “Amish for Trump.”

It was one of about five buggies in a pair of late-September village parades that may not have fulfilled organizers’ goal of demonstrating Amish enthusiasm for Donald Trump enough to bring the president just across the county line to a Holmes County campaign stop, but did show at least a handful of young Amish people are willing to take unprecedented steps in public political activity.

The above-displayed images of horse drawn buggies carrying Trump flags are real. However, at least one doctored image has also been making its way around social media, although we're not sure if anyone was truly fooled by this poorly photoshopped scene.

On Oct. 30, 2020, a group of Trump supporters harassed Democratic presidential candidate Joe Biden's campaign bus while driving on the highway. The incident, which sparked an FBI investigation, was spoofed in the following fake photo: