Are Ames Department Stores Returning in 2023?

A syndicated local news article said that some people were "skeptical" about the news. We did some digging to look for the truth. 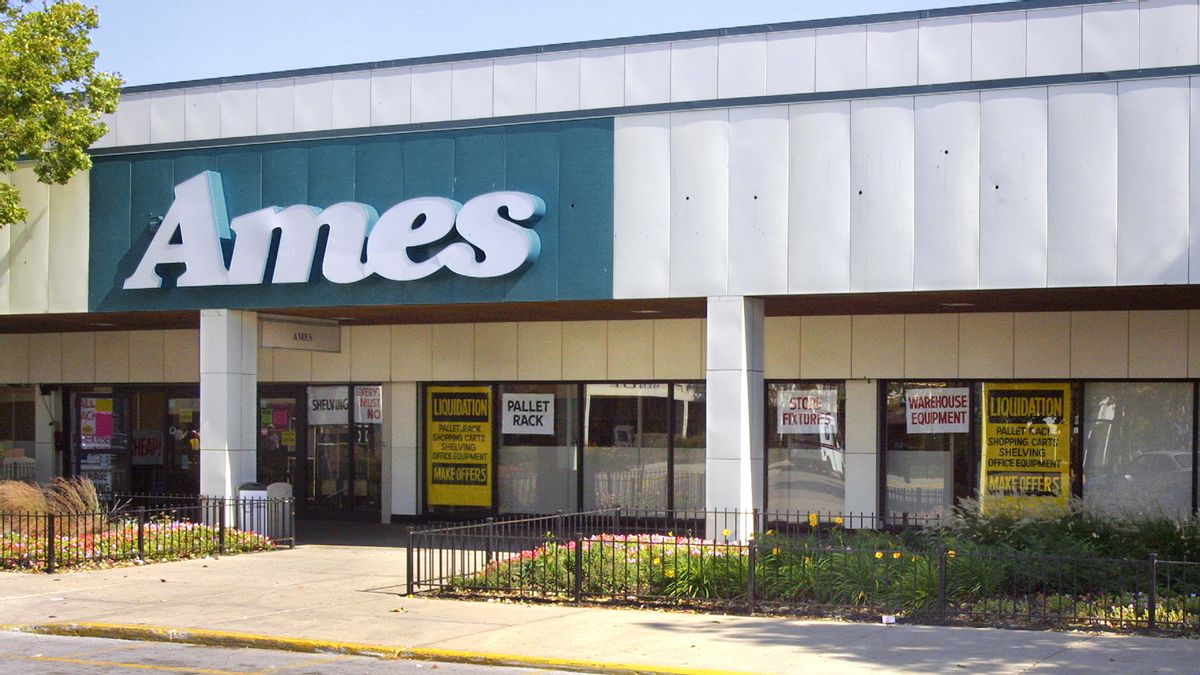 Claim:
The Ames department store brand is making a comeback in 2023.
Rating:

In December 2022, we received emails that asked us if the Ames department store brand would be returning in 2023. Ames Department Stores, Inc., previously filed for bankruptcy and closed all of its stores in 2002.

Readers may have noticed some news headlines that reported the news as fact, such as, "Ames Department Stores to Return in 2023." Other headlines showed a more careful approach as a question rather than a statement. We took note of these stories and began our own investigation.

We soon found that there were some reasons to believe this news was true. At the same time, we also were puzzled by several things we noticed along the way.

The rumor about Ames' return appeared to have started after amesstores.com was updated during or before the month of November.

According to the Internet Archive's Wayback Machine, amesstores.com was the official website for Ames department stores when the company was still in operation from 1996 through 2002.

On Nov. 20, 2022, the Wayback Machine archived amesstores.com for the first time in years. A message on the website read, "Ames Department Stores, Inc. is returning in Spring 2023. Please keep an eye on this website for announcements on which locations are opening first!"

The website was later updated with additional social media links and an email address for press inquiries.

We contacted the email address on the amesstores.com website. We received a response from a Shannon de Molyneux. Molyneux's email signature mentioned being president of Cross Moline Ventures, "a subsidiary of Molyneux Group."

We replied and asked for documentation that would help to confirm that the rumor about Ames department stores returning to U.S. states was true. This story will be updated if we receive further data.

According to an article about the Ames rumor that was republished on several local news websites, people had become "skeptical" about the news, purportedly because Cross Moline Ventures had "no website or presence online."

However, a website for Cross Moline Ventures did exist on crossmoline.com, albeit with only one accessible page. The website appeared to have been registered on Nov. 14, just a few days before the Wayback Machine archived the announcement on amesstores.com.

As for Molyneux Group, domain records said that the U.K.-based website molyneuxgroup.co.uk was registered months earlier on Aug. 8.

On the website, it said that Molyneux Group was "a family owned enterprise since 1640." However, the bottom of the page showed a footer that appeared to say the company was founded in 1900.

We also called Molyneux Group's phone number that was listed on the website, but repeatedly received a busy signal. Additionally, we noticed that the Facebook page linked on the website did not exist.

All of these issues with the Molyneux Group website did not mean that the rumor of Ames department stores returning in the U.S. was not true. However, they were definitely a bit strange, to say the least.

Note: We confirmed by email that the slightly different spelling of Molyneaux Group on molyneauxgroup.com had nothing to do with any of this, as confirmed by a new release on the U.S.-based company's website.

On the Wikipedia page for Ames department stores, we noticed that the "view history" page (which displayed the page's edits) showed quite the battle happening recently between users who were attempting to add and remove content.

On Nov. 20, one user added to the Wikipedia page, "Ames announced they are reopening in 2023!" However, the edit was removed the next day, with a user commenting, "There are NO credible sources available."

Other users continued to try to add the unconfirmed news in subsequent weeks. "There are no reliable sources for a relaunch of the brand," an editor posted, after removing newly added content. Days later, another user posted, "STOP EDITING REMOVALS." The back-and-forth continued for more than a month.

As of Dec. 29, the only source listed on the page was the announcement on amesstores.com.

We don't usually use Wikipedia as a source, since its entries are built from other sources. However, in this case, we thought that these user exchanges were noteworthy.

We're still looking into this rumor. For now, our rating has been set to, "Research In Progress." This story will be updated.