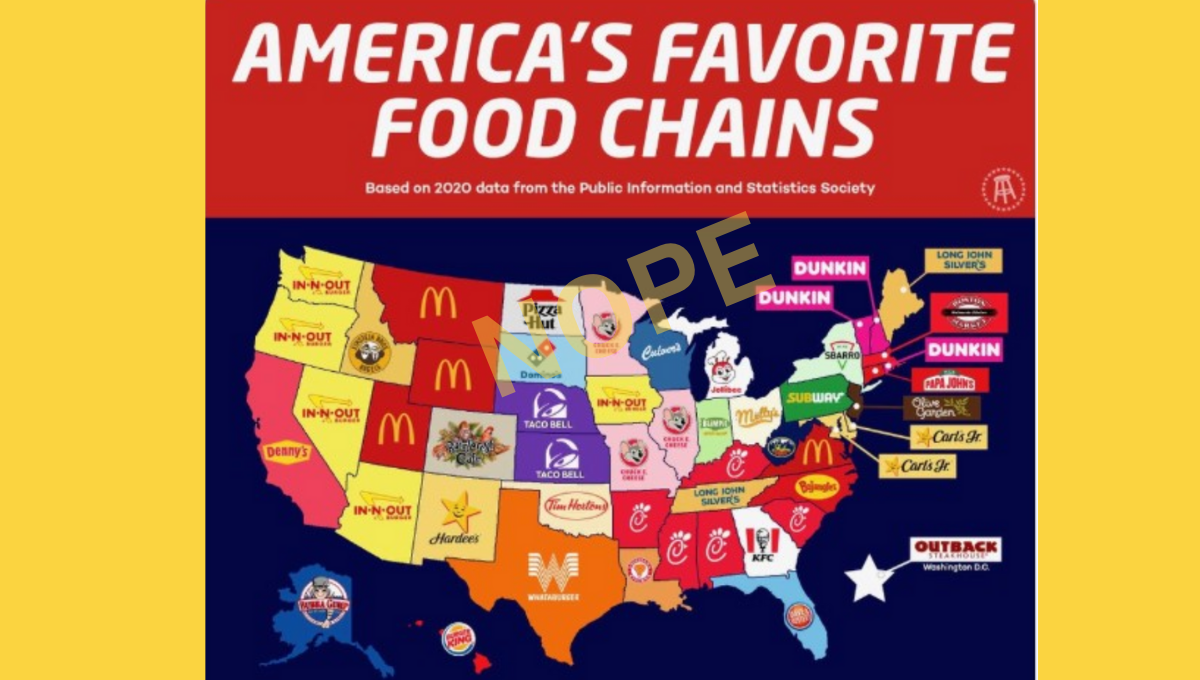 On June 5, 2020, the Barstool Sports Twitter account shared an image of a map that supposedly showed America's favorite fast food restaurants by state: The map went viral, and soon, restaurant chains such as Long John Silvers, Rainforest Cafe, and Sbarro were trending on Twitter as social media users expressed confusion over how these chains were named the favorites in their states.

This map, however, is not based on data from an authoritative source. This map is a prank created by Barstool Sports.

The first hint is that this data was supposedly compiled by an organization called the Public Information and Statistics Society. Not only could we not find an official organization by this name, the acronym for this group is PISS, which, to say the least, is a bit suspicious. In short, this viral map supposedly showing the most popular restaurant chains by state isn't real and was a joke shared by Barstool Sports that isn't based on any data from a reputable source. In other words, the Barstool Sports and the Public Information for Statistics Society are just "taking the piss."