A woodland creature appears in a picture to be eerily out of a fairy tale. 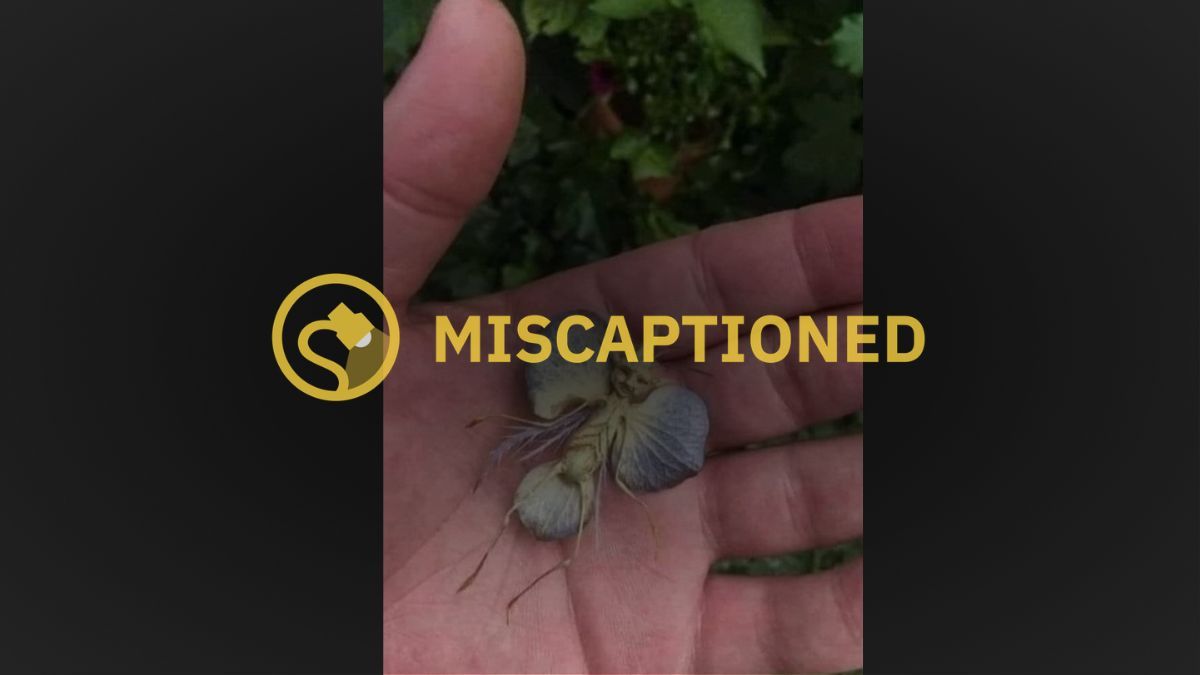 Claim:
A photograph depicts an “American winged goblin,” or the “Angelus mandragora luctus admonum parva américanum,” an insect that looks just like a goblin.
Rating:

A photograph showing a winged insect with a goblin-like face made the rounds on the internet in September 2022, claiming that it was a real species known as the “American winged goblin,” or “Angelus mandragora luctus admonum parva américanum.”

It's known as an American Winged Goblin. It is extremely rare, and this is only the second specimen discovered so far. The scientific name: Angelus mandragora luctus admonum parva américanum, translates to The angel of the mandrake mourns the little American admonition.

It is not an insect, as winged insects have 6 legs, so it's been classified in an indefinable intermediate category.

The only known copy was in the possession of the Emperor of China and painted on a silk tapestry, and it was from the features a girl.

The spooky species is claimed to possess certain powers, including that of dazzling, healing and extraordinary intelligence according to the Chinese writings on the tapestry.

However, this appears to be a photograph taken from an artist’s account and presented as a real insect. The photograph appeared earlier on the Facebook page Magic Within, which frequently posts about the work of creating little dolls of woodland creatures from fairy tales that look like goblins, sprites, etc.

The artist also wrote in the same post on Aug. 17, 2022: “​​some of my pictures of the fairy folk are misunderstood. How do I work. I channel the energies of the fairy folk. And give them an expression in this 3rd dimension [sic]. to connect with us humans.”

In a comment below the image, someone wrote: "On another site this morning someone was claiming this piece of Art was a real bug and only two of them have ever been found. Lmao." The artist responded, “I know. On a lot of sites. That’s why I posted [sic] the Real Story."

The artist shared this work on Facebook in July 2020 as well. There are a lot of similar creations on the page, including this one:

The page has around 29,000 followers and states it is an “artist page for magical creatures from this world and beyond.” We have reached out to the artist and will update this post if we get more information.

Given that the photograph is clearly not of a real insect or bug, and appears to have been taken from an artist’s account depicting small dolls that are fairy tale creatures with insect-like features, we rate this claim as “Miscaptioned.”