Has Triple Crown Winner American Pharaoh Been Released Into the Wild?

“You’ve done more than I could have asked, and now you’re free to roam and run wherever you please." 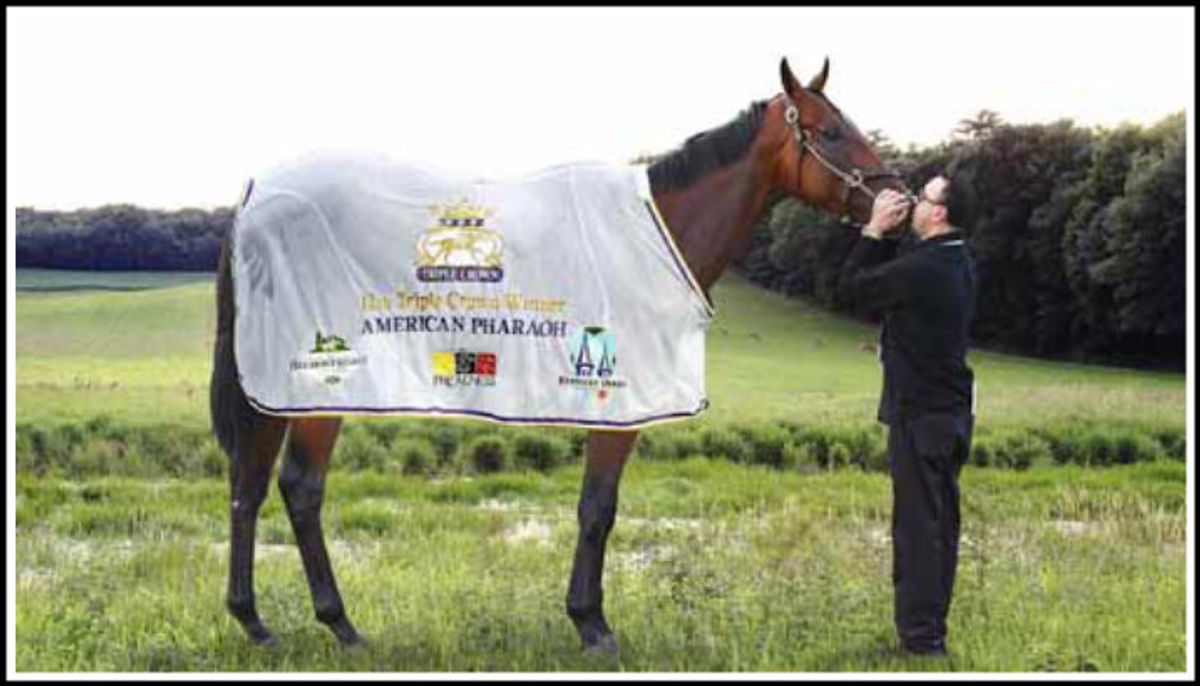 On 9 June 2015, the satirical web site The Onion published an article reporting that American Pharaoh had been released into the wild after garnering fame in horse racing circles by winning the sport's Triple Crown:

"Overcome with emotion as he described how much he’d miss his “old friend,” the owner of Triple Crown–winner American Pharoah bid a tearful farewell to the colt Monday before granting the horse its freedom, sources confirmed. “You’ve done more than I could have asked, and now you’re free to roam and run wherever you please,” said the horse’s owner, Ahmed Zayat, who, following American Pharoah’s victory in the Belmont Stakes, is said to have transported the 3-year-old colt deep into the country near a forest clearing, removed its saddle, and given the animal one last kiss on the forehead before setting it free."

The Onion is one of the most recognizable satire web sites on the Internet, but many readers were still fooled by the above-quoted article when it was linked out of context on Facebook:

Of course, American Pharaoh was not really released into the wild. According to American Racehorse, the Triple Crown winner is currently resting back at Barn 33 at Churchill Downs:

Fewer than 24 hours after his tour de force triumph in the Belmont Stakes that made him racing’s first Triple Crown winner since 1978, Zayat Stables LLC’s American Pharoah is back at Churchill Downs and resting in his familiar stall at Barn 33.