AMC to Provide Open Captions at Some Theaters

The company said the announcement comes in time for the "Eternals" release. 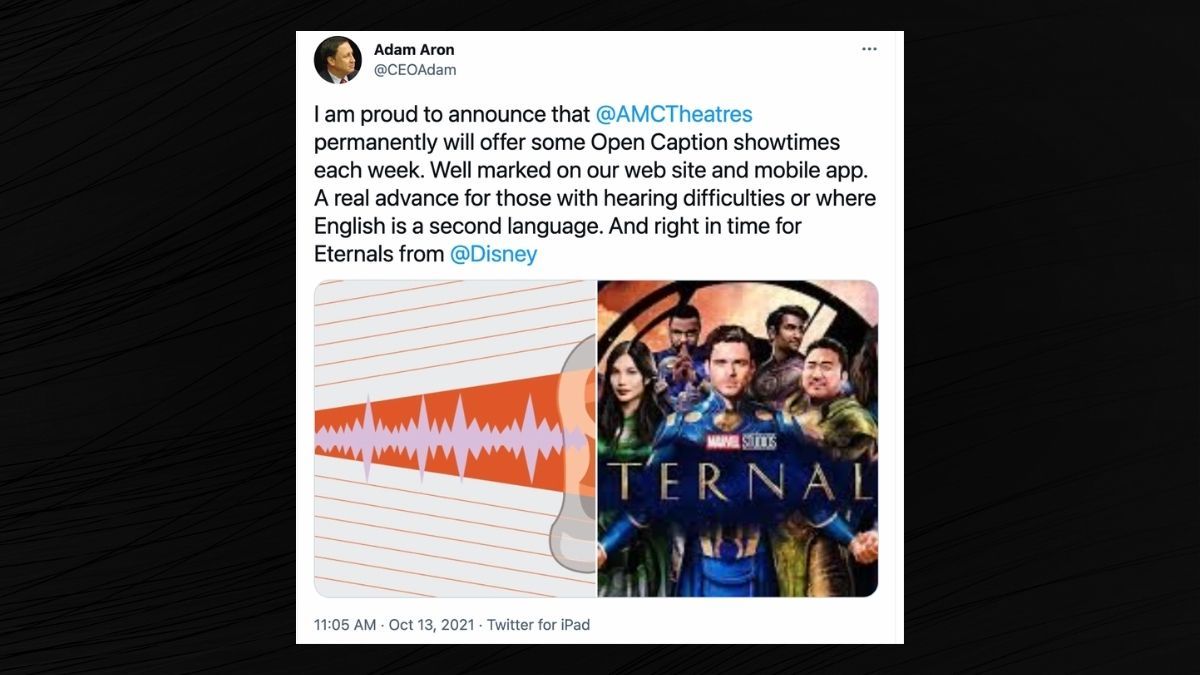 Claim:
AMC Theatres will start providing screenings with open captions at some of its movie theaters.
Rating:

On Oct. 15, 2021, AMC Theatres announced that it would make its theaters more accessible. The movie theater chain said in a statement that "guests can find select showtimes utilizing an open caption format at 240 AMC locations, in more than 100 U.S. markets.

"As part of AMC Entertainment’s efforts to expand the moviegoing audience, every AMC market with at least two AMC theatres makes some open caption showtimes available each week for all newly released films," according to the company statement.

NPR explained the difference between closed and open captions:

Open captions — similar to subtitles — appear on the screen and cannot be turned off, while closed captioning is displayed on electronic devices that customers must request. The company says the "vast majority" of showtimes will continue to be offered with closed captioning, meaning it will still make assisted listening devices available at all of its locations.

AMC's statement said theater guests can find open caption show times on the company's app and website. "The showtimes currently represent a mix of weekend and weekdays, evenings and matinees, and are expected to evolve with movie-going demand and guest feedback."

AMC CEO Adam Aron said in a tweet that the announcement comes in time for the release of "Eternals," which will feature the character Makkari, Marvel's first deaf superhero, played by Lauren Ridloff.

Carras, Christi. “‘Eternals’ Has the MCU’s First Deaf Superhero. Her Deafness Is One of Her Superpowers.” Los Angeles Times, 20 Oct. 2021, https://www.latimes.com/entertainment-arts/movies/story/2021-10-20/eternals-marvel-mcu-deaf-superhero-lauren-ridloff.